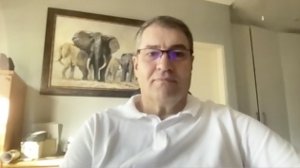 JOHANNESBURG (miningweekly.com) – Exploration is one of the quickest ways to secure foreign direct investment into South Africa for the generation of desperately needed jobs and wealth during the country's hour of need, said Minerals Council South Africa junior and emerging miners’ leadership forum chairperson Errol Smart on Tuesday.

Speaking to Mining Weekly in a Zoom interview, Smart said: “In my view, exploration is a no brainer, but we’ve got to break the impasse of the State just moving at glacial pace. The State needs to start moving at a rapid flow pace.” (Also watch attached Creamer Media video.)

Orion Minerals, which Smart heads as CEO, is in partnership with the State's Council for Geoscience in the carrying out of already fruitful aerial surveys over South Africa’s highly prospective Northern Cape, where he reports that an emerging new group of both listed and unlisted South African explorers are locking arms and sharing information for the benefit of the country.

“From my perspective and from my history in South Africa, explorers have tended to be little secret squirrels, each keeping their own information to themselves, without any wanting to share or collaborate. But up in the Springbok area, we’ve found a different breed of people. There, all the explorers who have got their prospecting and mining rights, have agreed to share and work together for mutual benefit.

The group is busy flying its first high-powered electromagnetic regional aerial geophysical survey of the mineralisation of the Springbok district, where huge opportunity lies.

“To really understand the mineralisation in the district, you mustn’t look through a magnifying glass. You must take two steps back and look through a telescope,” said Smart.

“We're all going to be better off by looking at each other’s data so that we can understand how this mineralisation came about because then we can better target on our own properties.

“We're only about 25% of the way through the survey. The weather has been playing havoc with us. The Western Cape and Northern Cape have had huge storms for the last ten days since we’ve been flying, so it’s been a bit tough. But we’ve seen some really interesting things emerging regularly.

Council of Geoscience executive manager and geophysicist Dr David Khoza had been texting him incessantly on the morning of the Mining Weekly interview saying: “Errol, I need to speak to you. I’m seeing some really good stuff in the data”.

“Yes, I think it’s working and, yes, I believe it's going to have a huge impact. It’s going to unlock what was historically a major copper-producing district and it’s going to open the opportunity for multiple exploration companies to make discoveries and advance to mining and grow into a district again, and that’s important because you need economies of scale. You need your suppliers and your stakeholders to be servicing many companies. They need to be having five or six clients, then they get economies of scale,” Smart said.

Employees needed to be able to move between mining companies, share skills and move up the skills base. Smart is hoping that the sharing of data will lead to greenfields discoveries.

“Exploration is a critical cornerstone and by opening up with regulatory certainty and ease of doing business and not being tied up in red tape, we will secure direct foreign investment that will be expended within South Africa and pay South Africans to do work in South Africa and pay South African contracting and subcontracting companies, and employing people, and that whole value chain starts feeding on itself. That is one of the quickest ways to secure direct foreign investment, start employing people and getting wealth distributed,” Smart reiterated in urging the State to move rapidly.

Mining Weekly: Is data sharing common in other exploration countries. How does a country such as Australia go about understanding mineralisation?

Smart: Australia is fortunate to have the infrastructure. They’ve run their mineral cadastre properly for years, so a lot of this data is freely available. If you go and pick up a property in Australia, you can pick up all the historical data and you can pick up a lot of the data on the surrounding property as well. There is more reporting and available information. Unfortunately, here in South Africa a lot of the information is lost. We are playing a recovery game. Orion has bought a lot of historical data and is busy taking it out of paper form and digitising it. In Australia, there is a lot more collaboration between mining companies and exploration companies. They have experienced the necessity of getting economies of scale. In very remote areas, mining companies will work together, put in one landing strip and one communal drill hole that supplies water to many different mining companies. You see very little of that in South Africa. People don’t look across the farm fence and as a result, discoveries haven’t been made. It is amazing now that Orion has manged to acquire multiple historic companies' land holdings. What was previously held by seven or eight major mining houses in the 1970s and 1980s, where you had maybe three different companies drilling within sight of one other, now we get the reports of all three of those companies, and we can see that there was completely different thinking from all three of those companies because each of them, because each one of them was studying their little chunk with a microscope. If they had all just put their information together then many more discoveries would have been made. The opportunity would have been huge. When you are doing greenfields exploration, you need large land packages. You need to be able to step right back and look at a district scale.

Mining Weekly: What are the legislative processes that have to be followed along the prospecting, discovery and development route?

You’ve first got to put in the application to get the right to work on the ground and actually getting the prospecting right is the biggest frustration. Then you’ve got eight years of a clock ticking when the prospecting right has to be turned into a mining right and start mining within six to 12 months after you get the mining right, otherwise you lose it. That’s very counter-productive. Our mineral law in South Arica is counter-productive to exploration. To explore massive greenfields mineral deposits is not an eight-year game. Once you’ve actually discovered an orebody, it will typically take you eight years to drill it out and get a feasibility study done. But you probably need about ten years of exploration before you can even make a discovery. There have been dozens of studies published to show that typically it takes between 17 and 25 years to make a greenfields base metals discovery and turn that into a significant mining operation. If there are only eight years, the balance of probabilities are against investors. It will be very unlikely for investors to see a major mine developed on their investment. We’ve got to change that and we will get there and it’s part of the exploration master plan that the Minerals Council and I have been working on and dealing with the DMRE with lots of frustration. We had a long discussion again last week with the DG, who assures me that the exploration master plan is going through processes and will soon be released for public comment. We have been talking to the DMRE for about 18 months about this. We had a document that was signed off and ready to be made available for public commentary in October last year, but it hasn’t been released yet. There is good stuff in there. It just needs to go to the next step. We need regulatory certainty and then we need ease of doing business and then this industry will grow itself. It’s got a way of correcting itself. People will find money and the stock exchange will boom. We need to start moving forward.