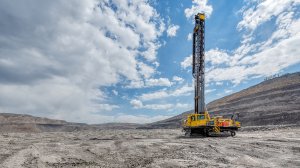 The withdrawal of a portion of the National Environmental Management Act (Nema) has created a major challenge for mineral exploration in South Africa, attendees of the Industrial Development Corporation (IDC) co-sponsored exploration webinar heard in early December 2021.

Highlighted during the debate was that the Mineral and Petroleum Resources Development Act (MPRDA) introduced international best practice by placing privately held mineral rights under the custodianship of the State, so that these rights could be made available to anyone who met the licensing conditions.

In this way, surface rights owners now control access to the mineral rights and can negotiate their commercial terms. As a consequence, a major benefit of the MPRDA – which led to considerable junior mining uptake in South Africa prior to the global financial crisis of 2008 – has been undone.

“Before you can put foot on the ground to see what’s there, you’ve got to agree the compensation terms with the farmer who owns the land. So what’s happened? We’ve completely wasted what the MPRDA was all about,” said Smart, who made a call for all government Ministries to work together to promote mineral exploration.

Global Diamond Network CEO Bristow spoke of the need for greenfield exploration to unlock “the amazing jewel box of deposits that South Africa still has”.

“I think we are delinquent if we don’t actually get back to proper exploration and try and liberate some of these smaller deposits. Exploration creates new capital, infrastructure and, most of all, it creates jobs,” said Bristow.

Miller emphasised that incentives put in place must stimulate both exploration and participation in the development of South Africa’s public markets.

While most prospecting licences issued do not lead to the discovery of mines, they do generate knowledge and that knowledge needs to be curated.

“The payback for the State for the people of South Africa should be that the knowledge is then collected and turned over to the next person who wants to have a look,” said Miller.

Demana expressed confidence that a fund with critical mass could be developed for channelling into exploration funding. He acknowledged the promising engagement under way to unlock the regulatory and policy issues and also the efforts being made by the JSE to open and educate markets to exploration.

Sekano spoke of the IDC being well positioned as an experienced funder, with one of its core competencies being the conducting of due diligences.

“We’re experienced in assessing businesses for funding opportunities,” he said, adding that the IDC was looking at an opportunity to crowdfund an exploration fund for use at any stage of exploration.

As such, the IDC has approved and availed R100-million in funding to assist in closing the different funding model gaps in South Africa’s exploration sector.

In collaboration with the Department of Mineral Resources and Energy (DMRE), it is working towards the establishment of a fund that will, in particular, help to overcome the funding issues experienced by this sector.

The fund is still awaiting black economic empowerment facilitator status, which the IDC is hopeful will be finalised by the second quarter of 2022.

Once the fund is in place, the IDC will be involved in all stages of funding, from prefeasibility study to the bankability stage of a project.

The IDC is also aiming to increase the available funding to R300-million at a later stage, so that these funds can be used “for a variety of early-stage exploration opportunities that may exist in South Africa”, said Sekano.

These opportunities, he added, have the potential to unlock additional opportunities, particularly in the employment and foreign exchange earnings space.

South Africa’s stated target of attracting 5% of global exploration expenditure will require the attraction of between R6.5-billion and R8.5-billion a year of exploration spend – many times more than the current figure of R1-billion-plus.

“Hopefully, over time, we’ll be able to get to the R8-billion a year that has been mentioned,” Sekano added.

However, Smart mentioned that while the fund is a good initiative, change would not happen overnight.

A conducive regulatory environment would be key to creating an environment wherein explorers and investors could operate, he noted.

This is a frustration known to many in the industry, as the current environment is often characterised by talk, rather than action, and government departments working in silos to address a particular problem.

“It’s not easy when you’re dealing with the government and the DMRE, and while we have come a long way, we also need to find each other,” he said, noting that the biggest frustration was often found in the solution being known, but that “nothing is actually happening to make the solution happen”.

Once a working and conducive regulatory environment is in place, Smart is confident that investors will “have trust in investing in exploration” within South African borders, leading to “the whole game just kicking in and moving”.

Getting to this point, however, is the challenge, he stressed.

Additionally, Mokorosi said the JSE was looking at what was “within its control” in the sense of cutting red tape in the listing requirements that made “life unnecessarily difficult without adding value to the broader ecosystem”.

The JSE is also considering some of the liquidity challenges within the small cap space, with one of the options being the potential issuing of exchange-traded funds.

“We’re happy to see that Satrix, one of the largest broad-based exchange-traded funds, goes all the way to the tail end of our market, up to issuer number 140 of the 330. We’re also looking at the challenge around research coverage.

On the need for the introduction of an enabling regulatory and policy environment, Smart closed with these words: “We all know what the elephant in the room is, and we all know how to eat it – in little bites. What we’ve got to do is start eating. It can be done very, very quickly if the political will is there.”

On the availability of expertise in South Africa, Bristow concluded thus: “The one thing that’s not lacking in South Africa is expertise and experience. We just have so much of it, and somehow we’ve got to use it better and get particularly government to listen to us.”