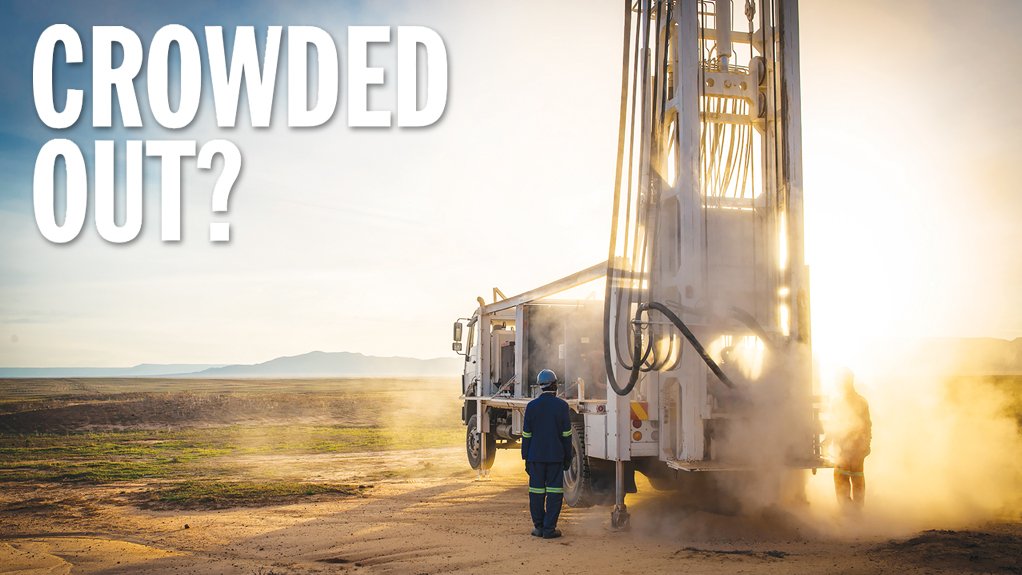 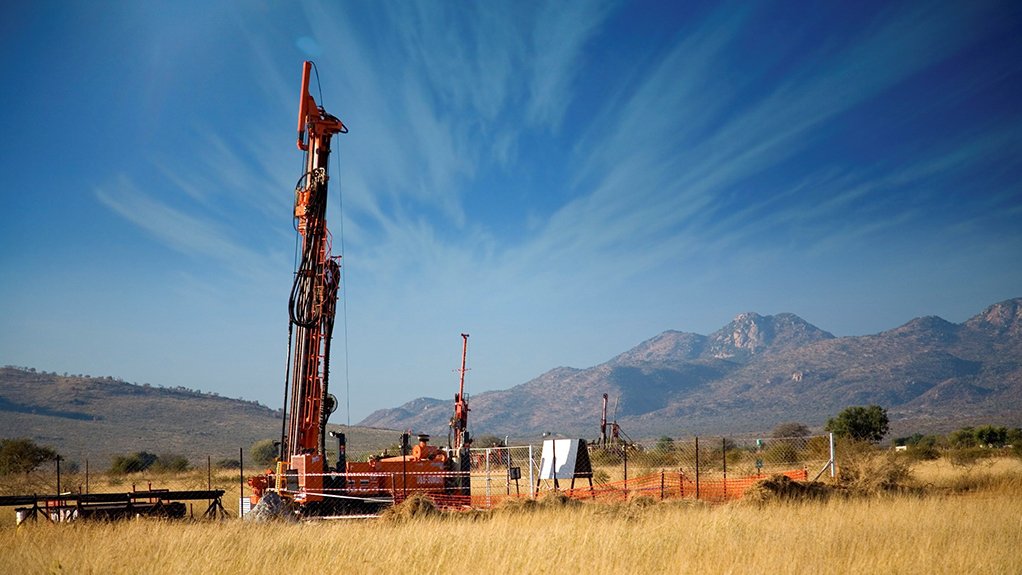 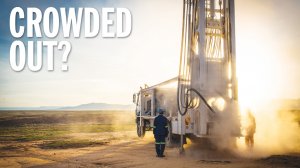 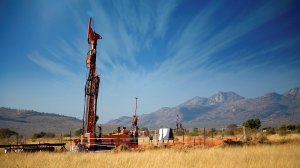 Experts in the spheres of law, mining and financial services are divided on whether South Africa’s public market has become too institutionalised, which, if so, makes access to capital for junior miners and exploration companies all the more challenging.

With South Africa punching way above its weight in terms of the depth of the public market and its size relative to the size of the economy, consultancy AmaranthCX director Paul Miller questions why the market is losing listings year after year, with few true initial public offerings being made and no junior mining and exploration companies able to raise money.

South Africa has 85% of all pension fund savings in Africa and is the nineteenth- largest public equity market globally but ranks thirty-second in terms of economy size. This means that public market capitalisation is about four times the size of gross domestic product.

Miller points out that the JSE held about half of the world’s mining capitalisation in 1980, but only 40 mining companies are listed on the exchange currently, with 12 being small capitalisation stocks. The number of listed companies in the public market has also declined from 760 to 330 in the past 30 years.

According to Miller, at least 32 more companies are expected to delist from the JSE this year.

About 97%, or R19-trillion, of all gross market capitalisation on the JSE is in companies in the top 100, with actual trade happening among the top 40 companies.

Miller adds that 90% of all long-term savings in South Africa are managed by just 11 institutions, including long-term insurance assets, making this market highly concentrated. This has resulted in local public markets favouring size as a criterion for support above all else.

He believes that the local public market is not a level playing field for competing financial intermediaries, as individual investors and other noninstitutionalised entities are often crowded out by large institutions.

For example, most retail investors have been moved into model portfolios that mimic the funds managed by the top 11 institutions, while online stockbrokers, which Miller says comprise the last redoubt of direct retail investors, tend to support only secondary trade and not primary capital raising.

He argues that the market is so concentrated because of the benefits stemming from tax incentives for savers that, in fact, disproportionately benefit large institutions.

South African savers are forced to invest through institutions and have no self-managed options, as opposed to other jurisdictions, such as Canada, the US, the UK and Australia, where savers do have such options.

“Rent-seeking dominant institutions make sure that tax incentives are available only to individuals who invest through them. There is also unfair discrimination in favour of collective investment schemes, or unit trusts, and the way they are taxed, compared with how private portfolios are taxed,” Miller adds.

He says the public is being excluded from the public market, leading to neither supporting the development of mining anymore – the industry which, ironically, sparked the establishment of South Africa’s public market.

Practitioners at law firm ENSafrica echo Miller’s sentiment that there is not a level playing field for competing financial intermediaries in South Africa.

The firm notes that the delisting phenomenon is not itself a cause for concern. For example, there is a global trend of the consolidation of companies into larger corporations, and of companies remaining privately owned for longer periods. Neither of these trends is necessarily unwelcome. However, a concern does arise when a net delisting trend emerges over time, as is the case in South Africa.

ENSafrica banking and finance executives Angela Itzikowitz and Era Gunning, as well as candidate legal practitioner Amelia Warren, agree that there is a clear example of bias in the capital gains tax in the country, partly owing to the effective lobbying by groups such as the Association for Savings and Investment South Africa – representing large institutions. Such lobbying has resulted in Collective Investment Schemes (CIS) having a “distinct advantage over smaller entities”.

Short- and long-term trading gains are not taxed in CIS, except when investors sell their units. By contrast, a personal share portfolio’s gains are taxed as either income at the investors’ top marginal tax rate or as capital gains in the tax period in which they are incurred, if the investor trades infrequently.

“The favourable tax laws for CIS result in the flow of funds away from other forms of savings, such as personal share portfolios . . . None of these tax-incentivised products can be accessed by non-institutional entities without paying significant fund management fees to financial institutions. This results in a collective monopoly of institutions on such tax incentives,” Gunning, Itzikowitz and Warren state.

The ENSafrica partners point out that, aside from tax laws, the Financial Advisory and Intermediary Services Act has also altered the investment landscape, with many personal stockbrokers having to move clients into institutional funds for compliance reasons.

In essence, fund managers no longer communicate investment opportunities directly to their clients but rely on model portfolios – comprising large company investments – instead.

Webber Wentzel partners Bruce Dickinson and Kevin Hillis believe that individual investors have an equal chance at participating in the market, barring the circumstances where they are protected from certain initial public offerings, as scammers often sell shares fraudulently.

They believe that the local stock markets have not been a market for exploration companies for many years, particularly carbon-intensive projects, as environment, social and governance aspects increasingly influence capital movement.

“In South Africa, there is less of a market for that risky capital allocation. Institutional investors are looking to get stable returns over the next few years instead of waiting for projects to realise over a long term,” says Hillis.

He adds that stock exchanges such as the ASX, in Australia, and the TSX, in Canada, have access to a greater depth and spread of investors in mining, which is lacking in South Africa.

The Webber Wentzel partners agree that South Africa’s exchange control regulations have impacted negatively on international junior miners setting up shop in the country over the past two to three decades, particularly with regard to loop structures.

Although the regulations have eased since then, there are still long turnaround times and stringent mining licence requirements hindering investment.

Dickinson says while schemes such as flow-through shares are a good incentive to ignite investment in exploration and junior mining, proposals to this effect “have been sitting on government’s table for close to 20 years, but nothing has materialised”.

Hillis and Dickinson agree that the JSE is a world-class institution, and the rules and frameworks of South African law are not lacking, but government might be overregulating on broader issues. The mining licence backlog and unreliable energy supply are also discouraging investors.

Government’s attitude towards private- sector participation up until recently has also not helped to create a conducive environment for investment, but there are promising signs of this shifting, with the most notable example being the wave of investment in private power generation. He highlights that there are concrete opportunities to improve South Africa’s attractiveness as a mining investment destination by creating policy certainty and improving transparency.

Grieve adds that individuals or small and medium-sized enterprises (SMEs) typically start mining businesses with “friends-and-family money” until the company can grow and list on a stock exchange, but that generational-type wealth is not as prevalent in South Africa, owing to apartheid legacy issues and the capital flight observed over the past two decades.

He is not in favour of institutional funds being legally mandated to support more SME development, including in mining, since liquidity is integral in a public market, and capital markets will develop naturally in an investor-friendly environment. Investors should be incentivised rather than compelled to invest. A clear and certain regulatory environment is critical to attracting investment into the mining sector.

In the absence of South Africa’s having self-managed super funds, or self-directed registered retirement plans, as is the case in Australia, the US, Canada and the UK, ENSafrica says SMEs could try to reach self-managed investors directly within the confines of the law, but that only policy and tax incentives can, ultimately, create a healthier capital market for SMEs.

Hillis and Dickinson suggest that individual investors use platforms such as low-cost investment platform Easy Equities for investment, and certain banks that offer opportunities for retail investment.

JSE origination and deals head Sam Mokorosi says that share trading activity from retail investors has increased since the height of the Covid-19 pandemic, with retail trade volumes reaching record levels in 2021.

He explains that retail activity leans towards small capitalisation companies, with their gaining more than double the amount of retail value traded, compared with the top 100 companies, in 2021.

The JSE has been working on its ecosystem to increase retail activity in the market, which should continue to support small capitalisation companies.

It launched the Private Placements initiative in December 2021 as an additional avenue for SMEs to raise capital, which Mokorosi confirms has seen good traction, with SMEs raising roughly R2-billion on the platform since its establishment.

He says the JSE has been making a concerted effort to make listings easier and attractive without compromising on investor protection.

Nonetheless, he says private equity and venture capital are growing at the moment, as well as direct retail trading activity and tax-free savings accounts.

“The JSE continues to support capital raises by mining companies and we expect an uptick as and when the macroeconomic environment makes it easier to [do so]. We are keenly aware of the delisting challenges and the fundraising difficulties faced by SMEs – problems which are faced by many other listed markets globally – and we are working internally and with the broader ecosystem to find solutions to these challenges,” Mokorosi concludes.