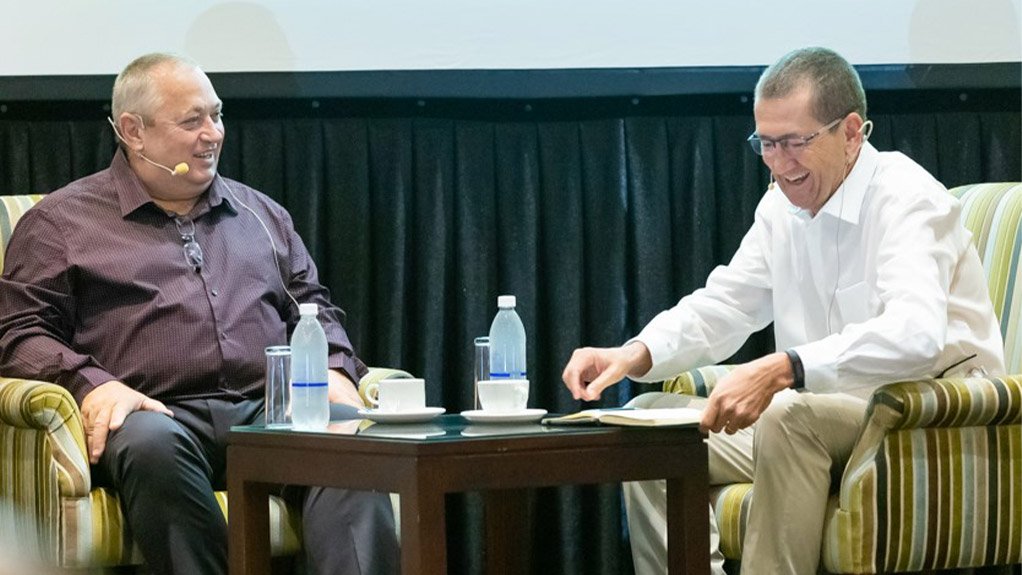 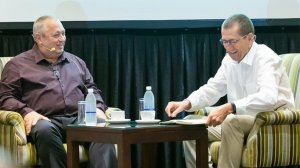 JOHANNESBURG (miningweekly.com) – The exciting gold-from-tailings expertise of DRDGold, which has decades of experience in recovering precious metals profitably from mine dump material, deserves international prominence which Sibanye-Stillwater intends to afford it, CEO Neal Froneman said on Wednesday.

Froneman drew attention to the value of his company’s stake in DRD during a wide-ranging interview with Joburg Indaba chairperson and mining luminary Bernard Swanepoel.

Sibanye-Stillwater has an option to acquire control of the Johannesburg- and New York-listed DRD by year end. It already owns 38.05% after exchanging selected surface gold processing assets and tailings storage facilities for shares in DRD.

“The DRD investment is a long-term commitment that we would also like to see flourish and prosper,” said Froneman during the Joburg Indaba annual breakfast session.

The partnership has had rapid production success. The high quality of the Sibanye-Stillwater gold tailings retreatment infrastructure that DRD acquired has enabled the Far West Gold Recoveries Project to hit the ground running.

Responding to Mining Weekly Online during the post-breakfast media roundtable, Froneman described DRD as a South African company that deserved worldwide exposure, which would be of benefit to Sibanye-Stillwater.

Headed by CEO Niél Pretorius, DRD has been operating on the Far West Rand in partnership with Sibanye-Stillwater since August, as part of a transaction that increased DRD's on-surface gold reserves to nearly six-million ounces of gold, with yields anticipated to be 25% higher than those the company has achieved on the East Rand.

“When you look around the world, there are no vehicles that operate as effectively as DRD. It’s a South African company that we can expose worldwide and get the benefits of that,” said Froneman.

Sibanye-Stillwater’s first step has been to secure a stake in DRD. The second step open to it is to take up a controlling position, which fits the company's policy of not being a minority shareholder so that it can perform its core management role.

“We do see ourselves as going on to control DRD and we have till the end of the year to exercise that option. The way it should be done, in my view, is by vending more assets into DRD to give them a broader asset base,” he said. The nicely concentrated Far West Rand gold recovery assets already transferred are providing high optionality at relatively modest capital cost.

DRD, which has a R300-million revolving credit facility for Phase 1, is generating cash flow at the 12-year-life Driefontein 3 and Driefontein 5 tailings dams. It has also undertaken to look into the incorporation of that footprint into a far larger one, which could mean a far longer life-of-mine.

“The DRD stake is another very exciting part of our business. We’re going to back Niél and DRD as a vehicle. They are world experts in tailings reclamation. We’re very happy with getting the assets vended in. We’d like to see DRD grow in the platinum group metals (PGMs) sector and in other areas of the world as well and we’ll certainly back Niél and his team to so. We understand how to access capital, how to create value and we’ll contribute in these areas, but certainly that is something exciting to watch as well,” Froneman added..

Environmental protection and land recovery forms an integral part of the dump reclamation work that DRD does as the tailings dams are removed from dolomitic areas and redepositing the residue using sustainable design.

“A lot of these tailings dams were put there in the 40s, 50s and 60s,” said Froneman, who emphasised the growing importance of environmental social and governance (ESG) considerations.

“Tailings dam failures come at huge cost and that’s what we’ve got to do and what we will do,” he said, adding that there is a lot of tailings dam exposure in the Rustenburg area that required the industry’s acute awareness.

He drew attention to the Stillwater part of Sibanye in the US having lowest emissions record in the PGMs business in the world, along with ESG practices that he would like bring back to South Africa, and said the mining industry was obliged to ensure that the recent deadly tailings dam failures in Brazil were never repeated.

“We took the brunt of multiple fatalities. Imagine the company that has 200 to 300 people killed. Such tragedies have to potential to close down the entire mining sector, even though South Africa has very different conditions to those in Brazil from a tailings dam point of view.

“So, the industry needs to up its game in terms of tailings designs, processes, auditing and we, as Sibanye, have already started that,” said Froneman added.

Twenty four employees were killed at Sibanye operations last year, 21 in the first half of the year, compared with one so far this year.

The fatality took place a few days ago took in Rustenburg. Until then, the company had achieved seven million fatality-free shifts.

“So, our South African safety has actually exceeded what we’re achieving in the US, which is very pleasing after the very bad run we had,” he added.

The company currently employs 60 000 people, which will rise to 90 000 with the acquisition of  PGMs mining company Lonmin.