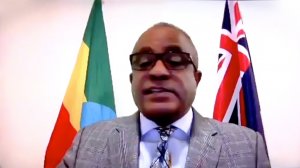 JOHANNESBURG (miningweekly.com) – With an abundance of natural resources that have not been significantly exploited, Ethiopia has “enormous potential” for the export of these resources and at a relatively low production cost, Ethiopia Ministry of Mines, Petroleum and Natural Gas planning, monitoring and evaluation director Geremew Negassa has said.

This is in line with Ethiopia’s pursuit of various reforms that are designed to attract and safeguard intensive long-term capital investment into the country, where targets have been set for the economy.

Beryihun Temesgan, who spoke on behalf of Ethiopian Mines and Petroleum Minister Dr Samuel Urkato in a webinar on June 17, said Ethiopia was “intent on reducing barriers to investment” and was looking to attract new investment into all sectors of the economy.

Mining is considered essential to driving plans for inclusive growth in the country, with the “transformative potential” of the mining sector reflected in Ethiopia’s strategies, such as the Homegrown Economic Reform Agenda, which was launched last year.

Within the country’s growth and transformation plan, it has set out a roadmap to realise its potential as a middle-income country by 2025, and a number of infrastructure investments contained within this plan are set to directly benefit the mining sector.

According to Temesgan, the investments are designed to ensure that Ethiopia has the necessary infrastructure to support an industrialised economy and competitive mining sector.

Negassa said the government was making some amendments to existing provisions, which emanate from the Homegrown Economy Reform Agenda and seek to improve the ease of doing business in all sectors, with mining a priority sector.

The reform agenda further sets out a number of pragmatic interventions for the mining sector (along with agriculture and manufacturing) to modernise the licensing system at federal and regional level, while implementing reforms in the legal framework and improving policies of the sectors.

Additionally, the agenda seeks to strengthen Ethiopia’s repository of geological cooperation and partnership projects with donors for sustainable capacity development, while simultaneously seeking to formalise artisanal and small-scale mining in the country.

In the webinar on June 17, hosted by the Australia-Africa Minerals and Energy Group, Negassa noted that Ethiopia’s richly resourced mining sector was attracting global interest, with 106 exploration licences and about 110 mining licences issued as of January this year.

However, with the country looking to further bolster and promote investment on its shores, Negassa highlighted tantalum and potash as two areas in the Ethiopian mining sector for potential investors to consider.

For tantalum, considered “technology’s hottest commodity”, the Ethiopian government has, according to Negassa, called on private investors for a public-private partnership approach to invest in the mining and refining of the mineral.

Establishment of a refinery and a tantalum mine is an opportunity that is “open and waiting”.

For potash, Ethiopia intends to produce more than 5.3-million tonnes of the mineral, which is expected to position the African country as “a major world producer in the near future”.

Some of the other resources that the country boasts include metallic minerals (such as gold, platinum, iron and nickel), fertiliser raw materials, gemstones, energy minerals (like lithium, graphite, tantalum, oil shale and coal), as well as glass, cement, and ceramic raw materials.