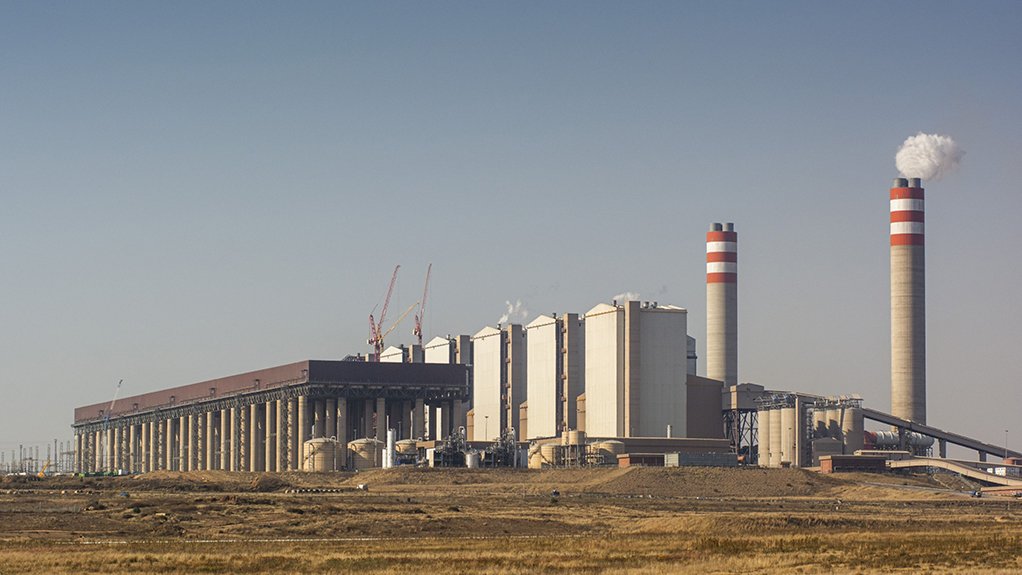 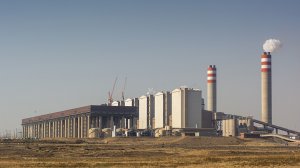 Photo by Bloomberg
All work has been stopped on Kusile units 4, 5 and 6 for the duration of the lockdown

State-owned electricity utility Eskom has not shifted its April 9 deadline for returning Medupi Unit 3 to service, despite work restrictions imposed at the Lephalale site, in Limpopo, in response to the Covid-19 pandemic.

The unit was shut for 75 days on January 26 to address defects that emerged, mostly in relation to the boiler, after the unit entered into commercial operation in June last year.

Procedures have been put in place to limit the number of people working on the unit to 90 at any given time in response to the Covid-19 restrictions imposed by government.

By contrast all work has been stopped on Kusile Units 4, 5 and 6 for the duration of the lockdown, which will continue until midnight on April 16.

The defects being addressed at Medupi Unit 3 are generic to all the units that have been installed to date at both Medupi and Kusile and which have been preventing the coal-fired units from attaining output levels in line with their 800 MW nameplates.

It emerged earlier this year that most of the operating units at Medupi and Kusile were delivering at rates of between 350 MW and 400 MW.

This poor performance is partially reflected in the Integrated Resource Plan 2019 (IRP 2019), which includes a de-rated output assumption for both plants.

Eskom’s own estimation, ahead of the Covid-19 pandemic, put the shortfall at closer to 5 000 MW, owing largely to the underperformance of Medupi and Kusile and the increased unreliability of Eskom’s existing coal fleet.

Since the imposition of South Africa’s Covid-19 lockdown on March 26, electricity demand has plummeted on certain days by as much as 9 000 MW, which has allowed the utility to shut coal and nuclear units and increase short-term maintenance.

There are concerns, however, that South Africa’s supply deficit could weigh on the country’s economic recovery efforts once demand normalises post the lockdown, with Moody’s listing electricity shortfalls as one of the reasons for its recent downgrade of South African debt to junk.

COO Jan Oberholzer tells Engineering News & Mining Weekly that Eskom is eager for Medupi Unit 3 to re-enter service so that the technical solutions being implemented to remedy the defects can be assessed and then deployed across other units as and when outages are performed.

The current outage plan envisages the defects being addressed across all six Medupi units over a period of 18 months and across Units 1, 2, 3 and 4 at Kusile over a 24-month period.

Most of the modifications are being made to the milling plant, the pulse jet fabric filter, the reheater spray flow and the gas air heater.

The modification programme is being overseen by a steering committee involving senior managers from both Eskom and Mitsubishi Hitachi, the supplier of the boilers at Medupi and Kusile.

A governance framework has also been finalised, which Oberholzer says is guided by the principle of implementing the technical solutions while dealing with the commercial effects thereof in parallel.

Eskom and Mitsubishi Hitachi have also agreed to share the commercial burden on a 50:50 basis, but Oberholzer says it is premature to offer a final cost estimate.

Eskom is still working on cost-to-completion estimates for Medupi and Kusile of R145-billion and R161.4-billion respectively.

Oberholzer is confident that the final Medupi unit, Unit 1, will enter into commercial operation before the end of 2020.

Despite picking up a fresh problem on Kusile Unit 3, he is also confident that both Unit 2 and Unit 3 will be brought into commercial operation this year.

“Under our current plan, we expect the final Kusile unit to enter commercial operation right at the end of 2023,” he says.

HOLDING BACK AT KUSILE
Work is being held back on units 5 and 6, however, so that the solutions to the defects being tested at Medupi Unit 3 can be introduced during construction rather than during a future outage.

In parallel, talks are proceeding with Seriti Resources to finalise a coal supply agreement for Kusile, possibly supplemented with some 14-million tons of surplus coal currently being stockpiled at Medupi.

The Medupi coal is not immediately suitable for use at Kusile, but could be blended with other coal to enable the power station to burn it.

Should such a blended solution be found, Eskom aims to enter into a rail logistics contract with Transnet to transport the coal from Limpopo to Mpumalanga.

Studies are also proceeding on the establishment of a new domestic coal terminal in Mpumalanga to service not only Kusile, but also other power stations in the region. Infrastructure at both Highveld Steel and Kendal are being assessed as possible locations for such a terminal.