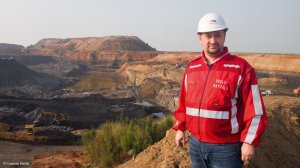 In a panel discussion on the role of coal in resolving Eskom’s generation capacity and Southern Africa’s energy needs, Menar MD Vuslat Bayoglu noted that coal pricing, and therefore coal producers, needed to be fairer, while Shumba Energy MD Mashale Phumapahi noted that, given Eskom’s role in the SADC region, “it's time that other countries start contributing to ensure that there is security of supply.”

Bayoglu reiterated his often-stated belief that companies had a duty to supply coal to Eskom at the right price, given the utility's importance in the South African economy and society at large.

He added that it was easy to blame Eskom for corrupt practices, but said coal procurement accounted for the large majority of the utility’s costs and, as such, companies needed to do their bit and provide “the right quality coal” at prices that were not exorbitant.

Eskom primary energy division GM Dan Mashigo noted that deciding on a fair price was not a clear-cut process as multiple factors had to be considered. He gave the example of producers with different strip ratios, commenting that asking a company with a strip ratio of 1:8 to supply coal at the same price as a company with a ratio of 1:3 would not be “fair”.

Mashigo noted that Eskom currently had 13 coal-fired power stations, the last of which would end its life in 2050. “From that portfolio . .  if you look at what we have already contracted . . . there is a shortfall of about 1.3-billion tonnes of coal . . . 470-million tonnes of which is needed between now and 2030.”

He agreed with Phumapahi that collaboration with other SADC countries had to be considered.

Mashigo noted that SADC was interconnected in terms of the road and rail network, as well as from an electricity grid perspective. He noted that the “transportation component“ became significant once coal operations get further away from the northern border.

However, he noted that if the rail network, in particular, were enhanced, there would be significant opportunity for regional coal suppliers.

Phumapahi noted that from neighbouring countries’ perspective, securing a supply contract had been difficult, owing to Eskom’s prioritising empowered companies.

Bayoglu said it would be more feasible for Eskom to deplete the coal reserves in Mpumalanga first, because in his view it did not make any financial sense to import coal from other SADC countries, when “the coal is right there.”

ENERGY MIX
All three panelists noted that any feasible energy mix in South Africa would have to include coal.

Phumapahi noted that while diversification of energy supply was needed in the region, coal could not be eliminated from the energy mix in the short term because of its ability to provide baseload supply, adding that while there have been gas and oil discoveries the infrastructure to leverage these discoveries still needs to be built. Further, while coal might not provide baseload in the long term, its abundance and relative cheapness could not be discounted.

He also noted that while some South African banks had elected not to fund coal mining operations, “that is not necessarily the case in the neighbouring countries.”

Bayoglu was more vociferous about the future and necessity of coal, recycling his Junior Indaba question – “Can anybody tell Saudi Arabia to stop extracting oil? Why should we stop extracting coal? Who’s going to produce the baseload – with what?”

He added that South Africa did not have enough gas or nuclear to adequately provide baseload capacity.

Mashigo noted that the country needs to exploit what is available, but also noted that there are clean coal technologies. He stressed that renewables “are here to stay” but noted that there would need to be a balancing act and that a holistic perspective on the ‘just transition’ must be considered.