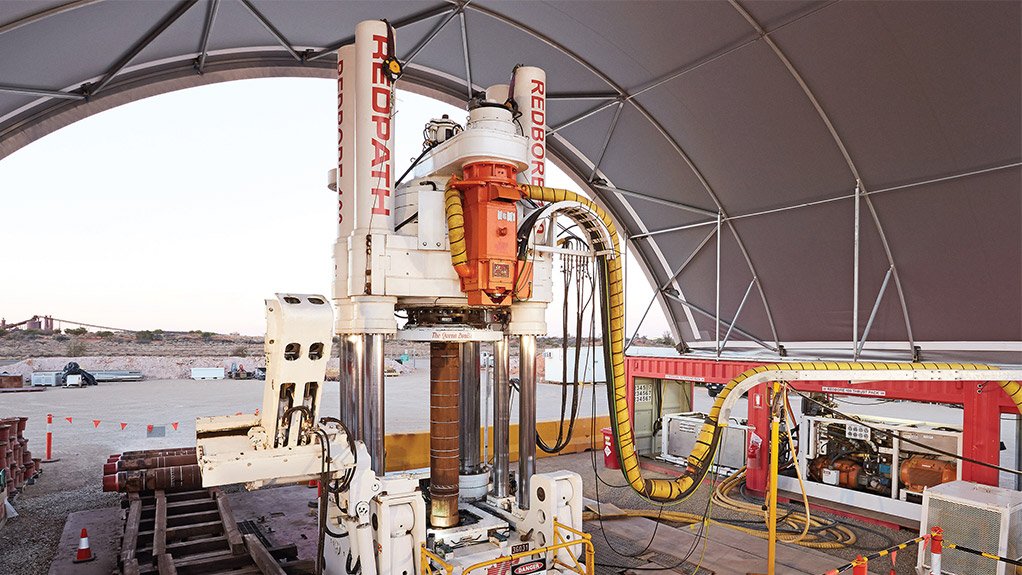 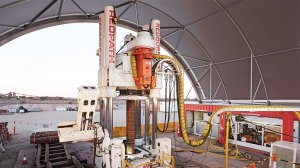 Mining contracting and engineering firm Redpath Mining Africa, in partnership with Redpath Mining Australia, is gearing up to launch a new raise mining offering and adding the new Redbore 65 raise drill to its fleet of Raisebore drilling equipment in Africa from the fourth quarter of this year.

Raise mining is a longhole method of bulk mining tabular narrow vein orebodies. The main ore access is gained by driving a raise up dip along the centre of the stope hanging wall, rather than from over and under-cuts driven along strike, as is done with regular open stoping. The production drill holes are orientated slightly down along strike, which is also roughly perpendicular to that found in the regular open stoping method.

Bester says the majority of the components that make up Redpath’s raise mining machines are built internally in Canada, which in turn ensures experienced management, quality supervision and a highly capable raise mining workforce.

He indicates that the company has seen an increase in the demand for raise mining in Africa, therefore the decision to launch the raise mining service offering within the African region.

“Clients are looking for mining solutions that provide greater efficiencies and that are cost effective. Raise mining offers just that,” Bester enthuses.

The Redbore 65 raise drill is the latest addition to a growing fleet of task-specific varieties, and Redpath Mining Africa raiseboring and mining GM Bennie Burger says it will be capable of drilling up to 3.5 m over a raise length of 300 m. “The machine will be able to fit into a 4.5 m high excavation hole and will be compatible with the Redtrax raise drill transporter – a purpose-built, low-profile unit designed specifically for the independent and swift underground mobilisation of a Redbore raise drill.”

The partnership comes at a time when Redpath Mining Africa is looking to further expand its African footprint, while at the same time offering its clients mechanised high-speed development with Australian expertise allowing for earlier access to underground reserves.

“Redpath Mining Australia’s expertise in high-speed development is evident in projects, such the Olympic Dam mine expansion project, in South Australia, whereby the company achieved above industry norm drilling advancements per month.”

Schultz says Redpath Australia’s engineering and technical knowledge will further complement Redpath’s offering to the African mining industry, through the delivery of ring and blast designs, drilling and charging pattern designs, as well as ventilation design.

“We are excited to be working with Redpath Africa and look forward to participating in the African mining industry in a safe and productive manner,” concludes Redpath Mining Australia MD Gavin Ramage.