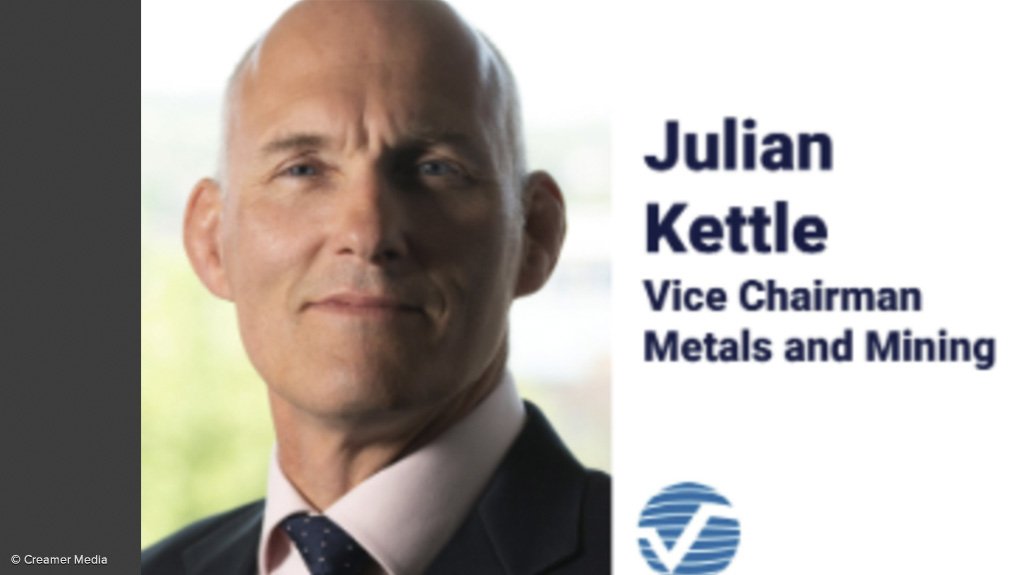 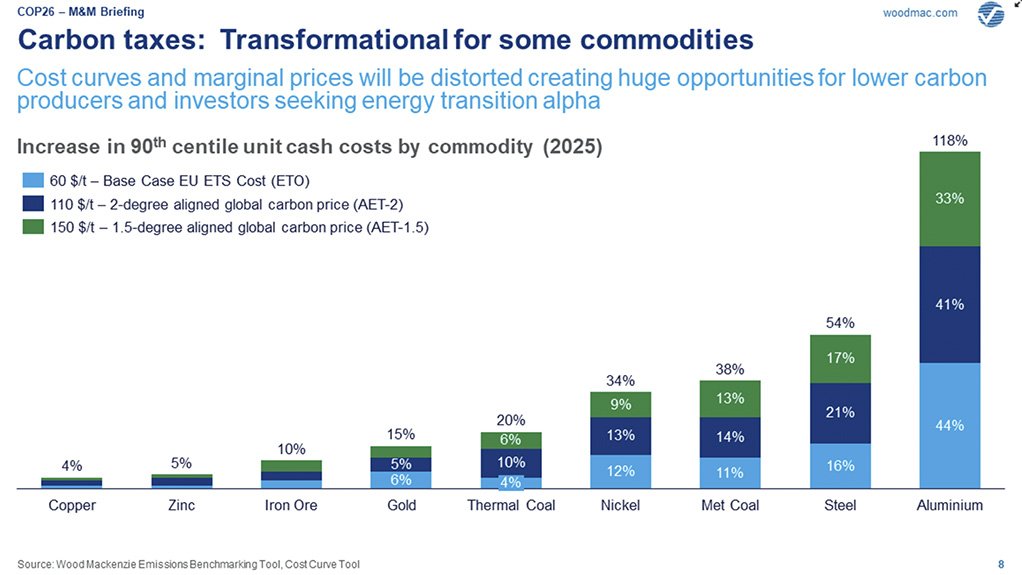 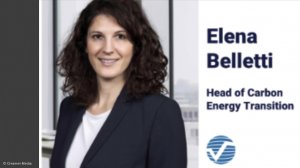 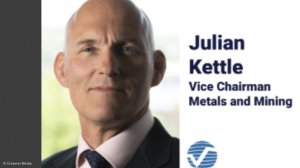 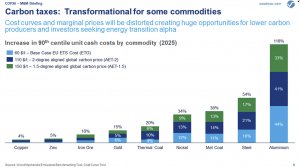 JOHANNESBURG (miningweekly.com) – Countries that choose to transition into clean energy stand to attract major foreign direct investment (FDI) flows, as do companies that follow a clear pathway towards decarbonisation responsibly, a global webinar event has emphasised.

The timing of the clean energy leapfrog by transitioning developing countries is seen as being crucial.

“Really, there are massive opportunities for countries to go ahead and invest in technologies that are cleaner and that are low carbon – and from a finance point of view, this is also going to be quite significant to attract foreign direct investors, or in general to attract investment into companies,” Wood Mackenzie head of carbon energy transition Elena Belletti said during Wood Mackenzie Metals & Mining webcast covered by Mining Weekly.

Moving away from the use of fossil fuels and embracing green fuels will enable countries to get ahead of the curve and position themselves for a better future with the help of FDI, Belletti reiterated.

The former United Nations Department of Economic and Social Affairs official displayed a COP26 Climate Change Conference slide showing the immediate pledge by 40 countries to scale up clean power generation and to end unabated coal-fired electricity generation, as well as the agreement of more than 100 countries to reduce their collective total methane emissions by at least 30% in the next eight years to 2030.

Regarding methane, green hydrogen protagonist and Fortescue Metals Group chairperson Andrew Forrest earlier this month, in an interview with CNN’s Christiane Amanpour, described oil and gas plants as methane mines, and condemned the opening of new ones as an anathema that failed to take the livelihoods of today’s offspring seriously.

Also, the ‘phase down’ rather than ‘phase out’ of coal power may, according to Belletti, also come under more intense scrutiny going forward, against the background of the world still being on a 2.5°C to 2.7°C temperature trajectory instead of the required 1.5°C.

The use of carbon offsets as a reliable decarbonisation tool for hard-to-abate emissions was said, during the Wood Mackenzie webinar, to be advancing fast under the carbon-market-related Article 6 of the Paris agreement. Greater transparency around these is expected to lead to the growth of the now voluntary carbon market from $1-billion traded in 2021 to an expected $200-billion in 2050.

Governments have several options to integrate international carbon credits in current compliance markets through carbon tax, cap-and-trade and a combination of both.

Delivering metals required to meet the 2.5°C to 2.7°C trajectory is going to be difficult, the webinar heard, let alone the delivery if metals for the accelerated energy transition (AET) target of 1.5°C.

Wood Mackenzie Metals & Mining vice-chairperson Julian Kettle expressed the belief that there is the potential for the metals industry to meet the 2.5°C to 2.7°C trajectory demand targets, “but it’s going to be a stretch”. On achieving a 1.5°C pathway, the metals and mining industry could ultimately be the impediment, in his view. Using the words ‘impossible’ or ‘implausible’ get him into trouble with his colleagues.

“So, I’m just saying, okay, it’s challenging to achieve the growth targets,” said Kettle, in representing the supply gap as a percentage of the market.

“The larger the number, either positive or negative, the greater the stress, so, if we were to take the most extreme case under an AET 1.5°C scenario, the cobalt market is currently by 2030 about 150% under supplied. Put simply, we just can’t see where the cobalt will come from to achieve consumption in that form, because including crafting our demand outlook under an AET 1.5°C scenario, we don’t assume the same sort of consumption.

“We will have to look at a different way of consuming going forward. We cannot have unabated consumption. There is the assumption that the global economy will double in size by 2050 so again, should that be challenged, Kettle asked.

What a doubling of the economy means in terms of  growth and consumption means that there is huge pressure of decarbonisation playing into the gross domestic product (GDP) metric.

Even with a different way of consuming, an allowance for thrifting and changes in electric vehicle battery chemistries, the supply growth required presents a very steep mountain to climb.

“And don’t forget we’re talking about 2030. Even delivering the required tonnages by 2030 becomes challenging on a number of levels.

“One is the lead-time issue. From first discovery to first metal is stretching to between ten and 15 years now for many of the commodities that are going to be required.

“We also have he challenges of financing and investor appetite, and then we have the very fickle nature of the new consumers.

“Also, companies are not going to stand idly by and wait for the mining sector to deliver the tons that they need to deliver their products. You will start to see companies looking at alternatives and technological innovation.

“The inconvenient reality is that we are going to have to emit more carbon to build up that low-carbon world. There’s very, very little way around that right now,” said Kettle.

One of the major drivers of change is going to be carbon taxes and if many of the commodities that are part of the energy transition solution grow too fast without abatement, they become part of the problem from a carbon tax perspective.

As aluminium requires large quantities of electricity to produce, the use of fossil fuel power to produce it could attract carbon taxes that would send its price sky high.

“If you look at a carbon tax regime that we believe would be alive with a 1.5°C pathway, we are looking at an increase in the marginal cost of pricing aluminium of something like $1 800/t, almost a doubling of the long-term aluminium price, which will be transformative.

“What that means is that low-carbon equities will be favoured. They will outperform because supply and demand will be in balance but also the financial importance of those equities will be enhanced quite significantly by carbon taxes, at least until the industry abates,” said Kettle.

Once there is abatement at the margin, then prices come down. Aluminium is carbon-tax sensitive and copper is relatively carbon-tax insensitive.

Those looking to optimise their portfolios would want to be in copper rather than aluminium at the margin. Being in low-carbon aluminium would pose a different question – “so quite significant variation but also the bulk commodities sit in the middle of the equation”. These include thermal coal, metallurgical coal and iron-ore.

Wood Mackenzie VP Metals & Mining Robin Griffin pointed out that what set coal apart is the problem of fugitive emissions – methane that sticks to the surface of coal and is released during mining. This is a particular problem for metallurgical coal, owing to metallurgical coal being a higher value product, which results in it continuing to be mined at increasing depth in underground mines, some of which, unless abated, are very heavy emitters.

With metallurgical coal having a marginal cost of $130-odd dollars per tonne, a carbon price puts a $150-plus increase on that marginal tonne.

“There are opportunities there for opencut miners, because they typically are producing much lower fugitive emissions. But even for Australian miners that can be quite high emitters, the abate of 65% is probably best practice for those fugitive emissions. They do well if there are marginal producers who don’t abate.,” Griffin said.

Some miners are producing more than a tonne of emissions per tonne of coal produced, and that is many times what an opencut metallurgical coal miner emits.