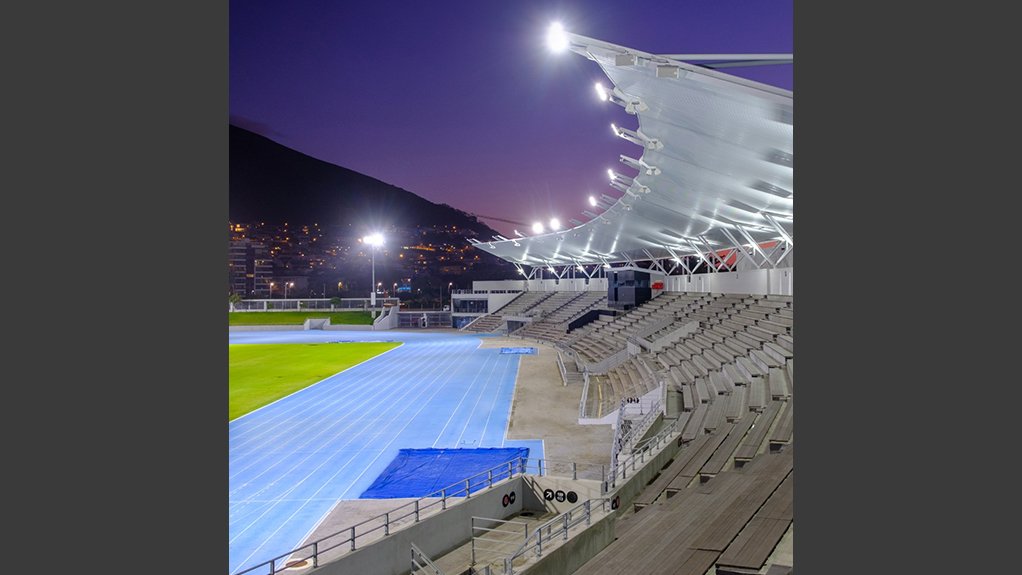 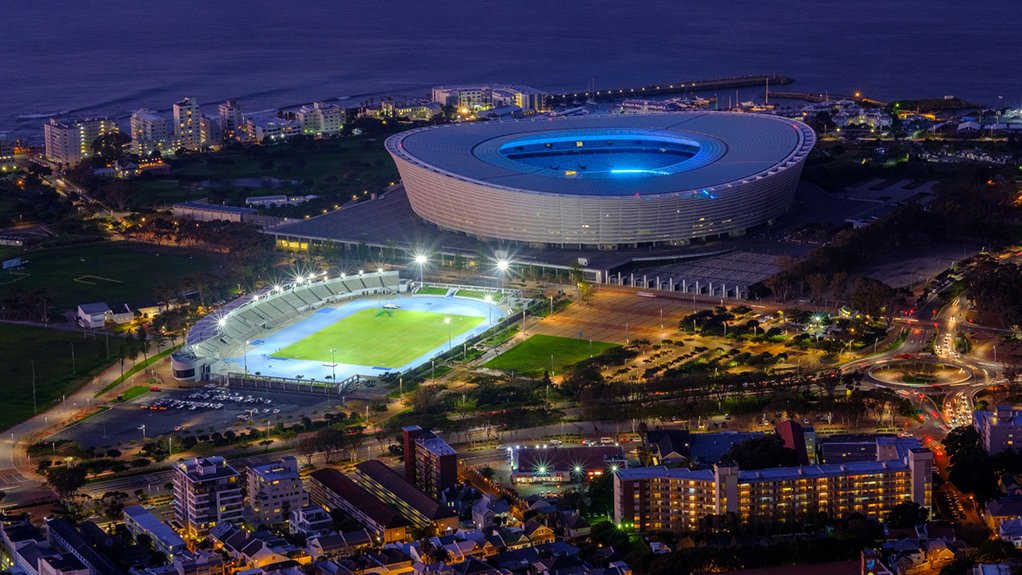 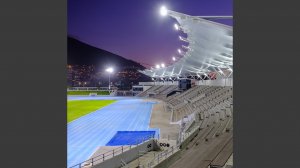 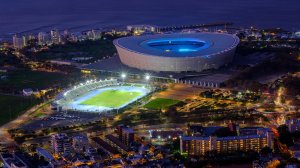 BEKA Schréder is proud to be involved in the award-winning LED lighting retrofit project for the Green Point Athletics Stadium. At the 2019 ECA(SA) Presidential Excellence Awards, elex khanyisa Electrical Contractors received the Best Contributor to Energy Efficiency award for this project, with BEKA Schréder supplying the locally manufactured LED floodlights.

The project in question is the retrofit of the Green Point Athletics Stadium track and pitch floodlighting with high efficiency LED floodlighting. This project was tasked by the City of Cape Town under the Detailed Energy Audits and Lighting Efficiency Interventions at Council Facilities contract, the purpose being primarily to decrease the energy demand of the facility but also to increase the value of the Stadium as a City asset.

The Green Point Athletics Stadium was partially demolished before the 2010 FIFA World Cup to make way for the Cape Town Stadium, after which it was refurbished. This facility is a strategic asset, reconstructed as a recreational facility for the public to enjoy. The LED retrofit of this facility has reinstated it to high-quality, having ample lighting at lower operating costs. This upgrade is expected to attract new opportunities for the stadium in terms of international sporting events.

The project entailed replacing 35 2kW high-intensity discharge floodlights with lower wattage LED floodlights, while achieving the same or higher quality light on the track and pitch. elex khanyisa presented a lighting design to the City which increased the lighting levels and lighting quality, while reducing the power demand of the system by 23kW, a 33% reduction in load. The design work was a collaborative effort between elex khanyisa project manager Jamie Pothier, Grant Kemp and Therlo Brown from BEKA Schréder, and Senior Professional Officer Oliver Stotko from the City of Cape Town.

“This forms part of the City of Cape Town’s overall LED retrofitting programme which has been ongoing for almost a decade. The City of Cape Town’s emphasis on cost- and energy efficiency, while honouring a climate-friendlier way of operating, remains an important driving force to enable a more future-fit development pathway for Cape Town,” said the City’s Sustainable Energy Markets Department, Senior Professional Officer Oliver Stotko.

BEKA Schréder locally develops and manufactures LED lighting products, designed and suitable for African conditions. We are very proud to be associated with elex khanyisa electrical contractors and the City of Cape Town in providing a successful LED floodlighting solution for this prestigious project.