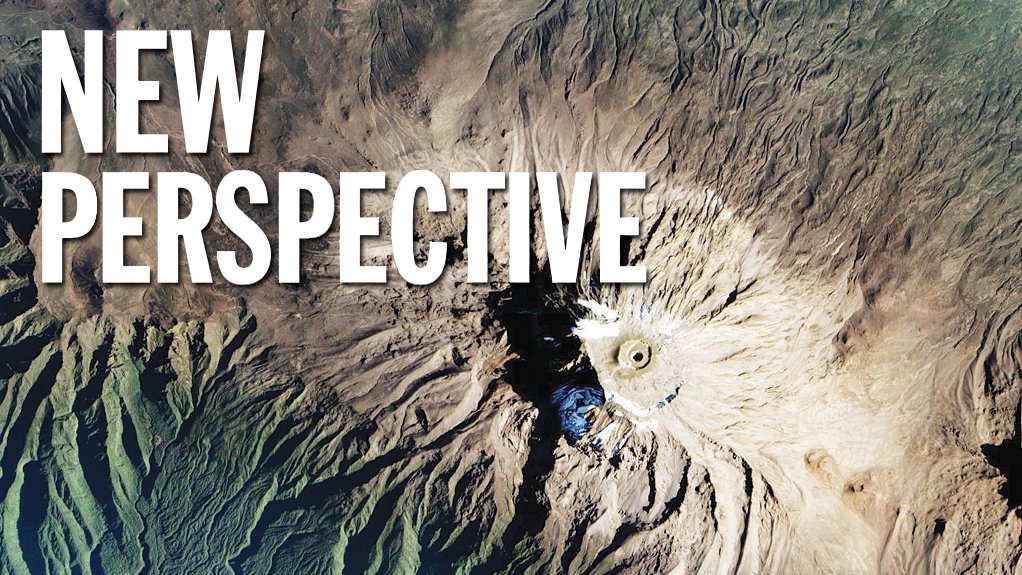 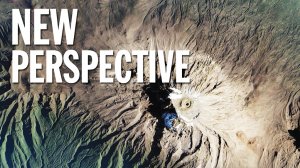 With the world now one-fifth of the way through the twenty-first century, cutting-edge technologies are transforming many, if not most, aspects of the mining industry globally. Mineral exploration is no exception.

Emerging technologies, in particular hyperspectral satellite imagery and artificial intelligence (AI) and especially both of these in combination are promising to revolutionise this sector.

Earth Observation satellites have been sending back images of our planet for decades now. Although these images have proved invaluable – indeed, over the years they became essential – for scientists in many disciplines, engineers, farmers, foresters, urban and other infrastructure planners and disaster management specialists – they have been of only limited value to miners. They have not been of much help regarding mineral exploration. This has been because most Earth Observation satellites have not carried the kind of sensors that mineral exploration needs. Only a tiny number of satellites are equipped to measure soils, rocks and minerals (as well as vegetation) with the ground resolution, spectral range and technical quality that exploration geologists need.

Advances in the field of space-based hyperspectral imaging are promising to change that, however.

“Hyperspectral Earth Observation imagers look back at [the] Earth’s surface in a far broader range of colours than the human eye: hundreds of wavelengths per individual pixel, acquired at a much greater spatial as well as spectral resolution than instruments of old,” explains the European Space Agency.

“By dividing up the light they receive into hundreds of narrow, adjacent wavelengths to reveal ‘spectral signatures’ of particular features, crops or materials, providing valuable data for fields such as mineralogy, agricultural forecasting and environmental monitoring. The images produced by such instruments form a three-dimensional (3D) cube – called a ‘data cube’ – composed of stacked images of the same scene seen at adjacent wavelengths.”

As Environmental Systems Research Institute (ESRI) international marketing editor Jim Baumann points out, more than 4 000 natural minerals can be found on the Earth, and each has its own unique chemical composition.

“The amount of solar radiation that a mineral reflects, transmits and emits owing to its chemical composition is like a fingerprint, or what is called a spectral signature. By measuring the tiny wavelength variations with remote sensing, a mineral’s spectral signature can often be identified from space.” These differences in wavelength between different metals and minerals stretch across the electromagnetic spectrum, usually outside the range of visible light.

While hyperspectral imaging is in itself a relatively proven technology, the problem has been the commercial viability of integrating it on to satellites. Until now, multi- and hyperspectral imagers have largely been confined to State-owned government agency satellites, optimised for scientific, environmental (and probably intelligence) missions.

For commercial applications such as minerals exploration, hyperspectral imagers need a ground resolution of less than 10 m a pixel, a good ‘signal-to-noise’ ratio and reasonably frequent ‘target’ revisit periods. Meeting these requirements has been a problem for commercial satellites. The actual imagers themselves need quite a bit of power to collect data across so many wavelengths with the necessary resolution. This results in a reduced swath (width of the area that can be covered by the imager), which increases revisit times.

The obvious solution to the swath and revisit issues is to have a satellite constellation. But with larger satellites, this would be expensive. And, with cheaper small satellites, there is another problem – hyperspectral imagers need stable platforms and the required stability is difficult to achieve with small satellites.

Nevertheless, commercial projects for satellite constellations fitted with hyperspectral imagers are being developed. The two that currently appear to be the most promising are the Buenos Aires, Argentina-based Satellogic and the Montreal, Quebec, Canada-based NorthStar Earth & Space. However, of these it is NorthStar that would be of interest to exploration geologists, because the hyperspectral imagers that Satellogic plans to put on its constellation of small satellites will have a ground resolution of only 30 m.

The Montreal-based company has significant backers. Its founding partners in Canada and the US provided initial funding of C$31-million. The Canadian federal and Quebec provincial governments subsequently each invested C$13-million (for a total of C$26-million) in the venture. NorthStar’s majority shareholder, Telesystem Space (also of Montreal) and the Space Alliance then contributed a joint total of another C$26-million. (The Space Alliance is a partnership between Telespazio and Thales Alenia Space, which are both joint ventures between two major European aerospace and defence groups – Italy’s Leonardo and France’s Thales.) This meant that it had received funding totalling C$83-million by the end of 2018.

Such satellites will provide huge amounts of data. And that is where AI comes in. NorthStar intends to complement its imagery with AI processing to deliver near real-time 3D information to customers, including mineralogy mapping.

“AI makes it possible for machines to learn from experience, adjust to new inputs and perform human-like tasks,” explains US-based analytics company Statistical Analysis System, or SAS. “Most AI [relies] heavily on deep learning and natural language processing. Using these technologies, computers can be trained to accomplish specific tasks by processing large amounts of data and recognising patterns in the data.”

“Companies can find minerals more easily by using high-performance AI technology,” observes global major mining group Anglo American on its website. “In some parts of the [mining] process, like mineral exploration, the use of AI is relatively new,” observed Emerj Artificial Research analyst Jon Walker early last year. “While this application of AI has generated some real attention from major industry players, it is still in the early stages and it’s not yet clear how big of an impact it will have.”

One of those quick off the blocks was renowned computer group IBM. Its AI platform for business is named Watson and, in late 2018, IBM Canada and miner Goldcorp (now Newmont Goldcorp) announced that the Watson AI would be used to predict gold mineralisation by searching and analysing already existing exploration datasets.

The project was focused on the Red Lake gold mine complex, in the north of the Canadian province of Ontario. The AI side of the project came to a natural end when Watson finished processing all the datasets. These datasets, Goldcorp reported, amounted to 8 terabytes of information from sources that included 70 000 drill holes, eight-million hole records, 80-million block model records, six-million assay records, 230 000 documents, 150 geology projects and 6 000 photographs. The first exploration drill target proposed by Watson produced the predicted mineralisation at the predicted depth. In all, the miner reported, the project produced results that were on average 35 times better than the conventional methodology; in one case, the improvement was 400 times! (To help streamline its asset base, Newmont Goldcorp has since sold Red Lake to Australia’s Evolution Mining.)

A small number of other, mainly startup, companies are also seeking to use AI to help with mineral exploration. Three of these, all Canadian enterprises, are GoldSpot Discoveries, Kore Geosystems and Minerva Intelligence.

GoldSpot Discoveries is listed on the Toronto Stock Exchange (TSX) and was established in 2016 “to do exploration differently”. That means using AI. “As an industry, we have an overwhelming amount of data, impossible to be processed by the human brain alone,” states the enterprise.

Despite its name, the company is not focused exclusively on the precious metal. Its clients include Yamana Gold, Hochschild Mining and Vale (Hochschild is also one of GoldSpot’s shareholders). GoldSpot’s use of AI has allowed, for example, the discovery of new mineralisation at Yamana’s El Penon mine, in Chile, and led to junior miner New Found Gold finding gold in its first drill hole at its Queensway project, in the Canadian province of Newfoundland.

Kore Geosystems was set up in 2015, and is focused on accelerating and automating drill core logging, as well as streamlining or eliminating the concomitant and tedious data entry tasks. To these ends, it has developed a drill core image capturing system (named Spector Optics), associated visual core logging software (Spector Geo) and Spector AI, which assists with rock classification and geotechnical logging of the drill cores. This allows geologists to give much more attention to data analysis and waste a lot less time on mundane administrative tasks. Investors in Kore include Newmont Goldcorp and the startup’s Spector technology suite was successfully demonstrated at a Newmont Goldcorp operation in Chile.

Minerva Intelligence is also listed on the TSX and was created in 2017. It has developed the TERRA AI suite of four products for the mining and exploration sector. These products are Solace, Target, Driver and Leo. Solace is a service that organises a company’s data for subsequent analysis by AI, while Leo is mining and exploration industry file indexing software. Target, however, is a cognitive AI system that generates exploration targets, while Driver optimises underused drilling data and provides 3D analysis of multielement zones in drill cores. The company also produces an AI suite focused on natural hazards (named GAIA); one of its clients is Natural Resources Canada (this is that country’s federal department of natural resources).

Separately, satellite-based hyperspectral imaging and AI promise to bring great benefits to exploration geologists, each technology allowing more ‘bang’ for the exploration ‘buck’. Harnessed together, they could completely revolutionise exploration. A company could, by combining space-based imaging with ground-based AI processing, even do initial mineral exploration in jurisdictions that are currently closed or too dangerous to operate in, in readiness for the time when they open or achieve peace.