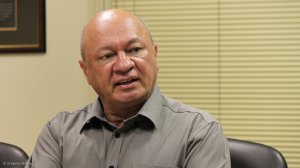 Electrical products manufacturer Zest WEG Group has added an integrated-solutions offering to its products-oriented sales strategy in a bid to penetrate market segments in which there is a growing appetite for all-encompassing solutions.

The South African company is the fifth largest branch within the larger WEG group, of Brazil, which has branches in 34 countries and has manufacturing facilities in 12 countries, including South Africa.

Zest WEG Group CEO Siegfried Kreutzfeld, who took over as leader of the business in early 2019 having previously worked for WEG in Brazil and China, tells Engineering News that the integrated market offering will focus on power generation, electrical infrastructure, mobile solutions and renewable energy.

An electrical engineer by profession and WEG’s former chief engineering officer, Kreutzfeld believes that, by packaging the various technological solutions into tailored offerings, the group will be able to expand into new markets in South Africa and Africa. Zest WEG Group has branches in Ghana, Tanzania, Mozambique and Namibia and has a presence, through partners, in Angola, Botswana, Zimbabwe, the Democratic Republic of Congo and Zambia.

The company already has a strong presence in the country’s mining and petrochemicals industries, but is hoping to play a more significant role in agriculture, water, pulp and paper, sugar, power generation and renewable energy.

Kreutzfeld is particuarly keen to introduce WEG’s renewable-energy technologies, which are well established in Brazil, to the South African and African markets.

“We are pleased to see that the Renewable Energy Independent Power Producer Procurement Programme has regained momentum and that many of the projects have started to move forward after much delay,” Kreutzfeld says, indicating that the group would initially target solar-related prospects.