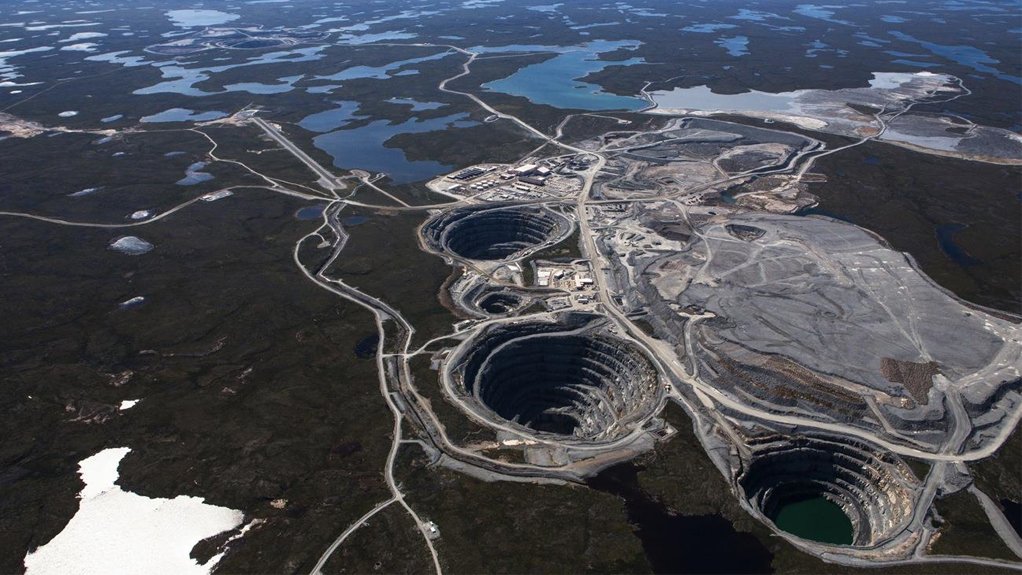 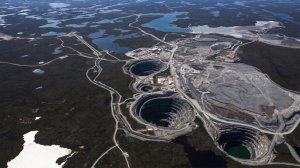 TORONTO (miningweekly.com) – Canada’s largest publicly traded diamond miner Dominion Diamond has reported upbeat metrics for the Sable project; a side development opportunity of the Jay project, which could extend the life of Ekati – Canada’s first diamond mine – by about three years to 2033.

Dominion on Monday announced that a prefeasibility study on the Sable kimberlite deposit, which was located within the Core Zone Joint Venture property, in Canada’s Northwest Territories, in which the company held an 88.9% interest, would dovetail into the Jay feasibility study, which was currently under way.

Using a base diamond price of $140/ct, the study calculated an after-tax net present value, at a 7% discount rate, of $137-million attributable to Dominion, with an internal rate of return of 16.2%.

Located in the Lac de Gras region of the Northwest Territories, about 300 km north-east of Yellowknife, the project was expected to recover 10.1-million carats at a recovered grade of 0.8 ct/t, resulting in a diamond recovery rate of 94%.

Development capital would total about $142-million. The Sable project would require construction of an access road, site infrastructure and a sedimentation pond, enabling Sable Lake to be dewatered ahead of the start of prestripping operations, slated for 2019, with production to start soon after.

The company advised that it had already entered into contracts for the entire fiscal year 2017 construction programme, which would be focused on establishing an all-season access road to the project area. Construction of the rock dams and site infrastructure was expected to take place in 2018.