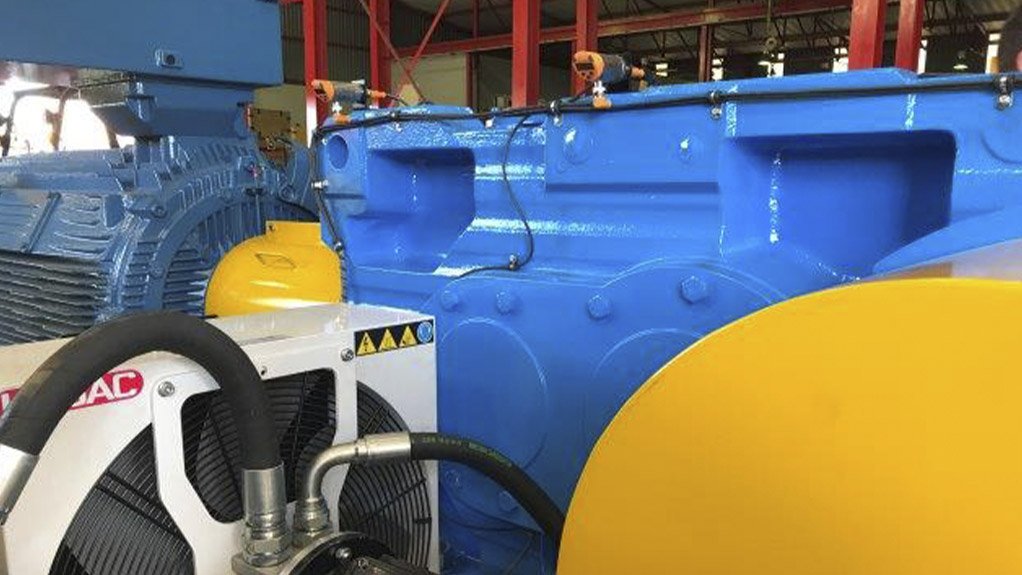 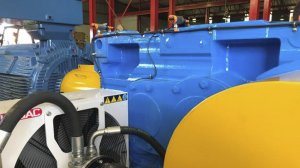 The last of nine units of a comprehensive drive package were successfully delivered to a major greenfield copper mining project in the Democratic Republic of Congo (DRC) by drive and automation specialist SEW-Eurodrive.

Notably, SEW-Eurodrive was tasked with supplying the equipment in August 2018, through a local project house which it had dealt with on previously contracts.

Sookane points out that owing to the hot and humid conditions near Kolwezi, the drives had to be installed with thermal sensors to monitor the input and output bearing temperature, as well as the oil sump temperature.

This monitoring is to ensure optimal performance at all times.

Positioning sensors were also installed. So too were cooling units, owing to the size of the drives, and sun covers to protect the surface of the drives from the worst of the harsh sunlight.

The fact that the installation took place at an underground copper mine meant that decline conveyors are integral in terms of the removal of ore. SEW-Eurodrive has collaborated with the project house since the beginning of the project, ensuring that all of its specific requirements for this particular application were met and incorporated into the final design.

“The fact that this is a new mine means there is significant scope for our further involvement down the line,” says Sookane. Collaborating with project houses is a significant strategy for original-equipment manufacturers (OEMs) to secure long-term work in Africa, ably assisted by their own project and exports department.

Sookane suggests that the role of the project house is to assist the client by providing a specific solution, and to subsequently approach the OEM to assist in turning its designs into a practical reality.

SEW-Eurodrive has gained significant experience in the copper mining sector, having also supplied a 110 kW variable speed drive (VSD) for a slurry application at a Zambian copper mine in 2019. This represented one of the largest VSDs supplied by the company to date.

Commenting on the current state of the mining industry, Sookane stresses that there are definite green shoots in Africa.

He concludes that while mining is an important driver for the company in terms of growth and profitability, it has also diversified significantly into other industries such as food and beverage, pulp and paper, sugar and automotive.