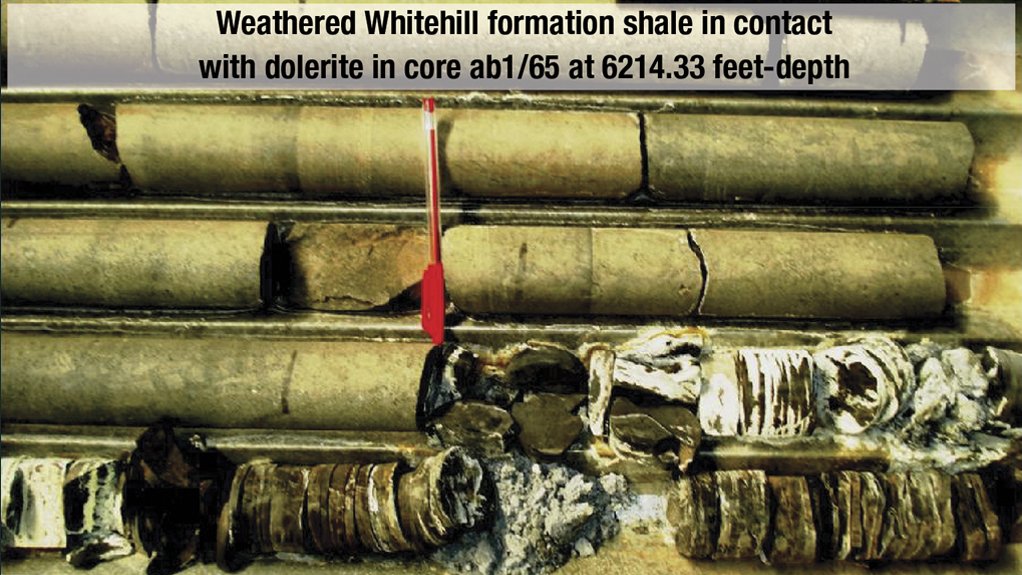 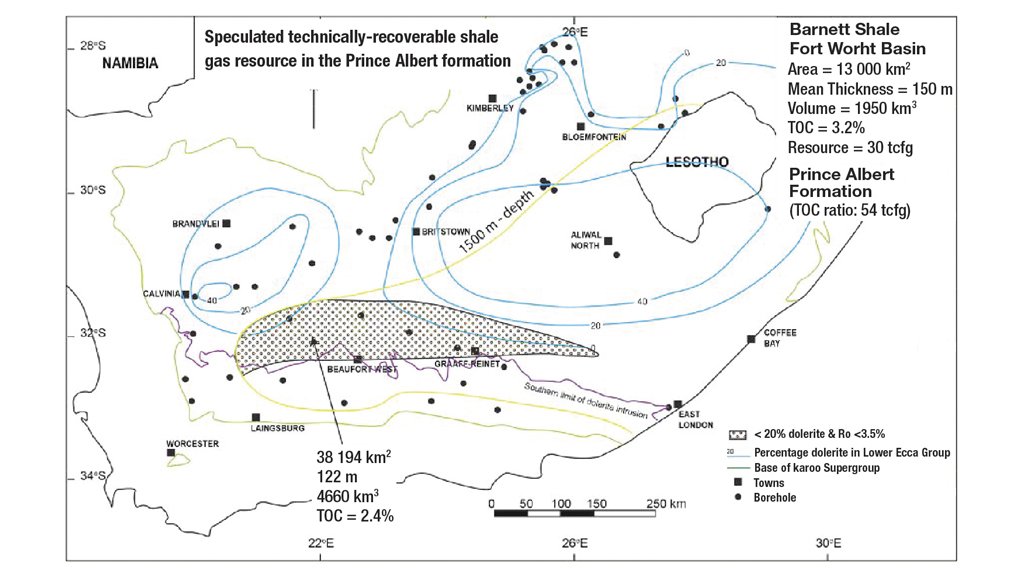 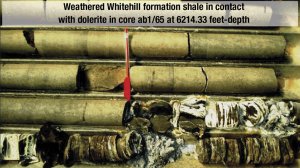 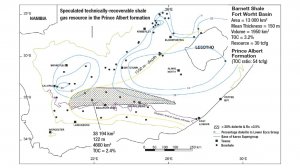 CORE TESTING Borehole KZF is located 75-km north-east of the town of Ceres and penetrates 671 m of Karoo strata, including the gas-favourable Whitehill and Prince Albert formations
WORK TO BE DONE The Whitehill and Prince Albert formations have not yet been intersected, with the succession comprising mudstone and sandstone of the Adelaide subgroup

The Council for Geoscience (CGS), in conjunction with other research bodies, is improving the understanding of the stratigraphy and basinal settings of potential shale gas reserves in South Africa’s Karoo Basin region.

CGS senior specialist scientist Dr Doug Cole says the study focuses on data retrieved from two recently drilled deep-cored boreholes in the southern part of the Karoo basin, which was undertaken under the auspices of the Karoo Research Initiative (Karin).

He explains that Karin is an academic study of the geology of the Karoo Supergroup, focusing on its shale gas potential.

“The principal aim of Karin is to explore the southern part of the Karoo basin using data retrieved from two cored bore holes, KZF and KWV,” Cole states.

He points out that borehole KZF is located 75 km north-east of the town of Ceres and penetrates 671 m of Karoo strata, including the gas-favourable Whitehill and Prince Albert formations.

Cole elaborates that, across the basin, the strata occur in the Tankwa subbasin, north of the Cape Fold Belt Syntaxis, but are south of the “dolerite line” with no intrusions encountered.

He says the Whitehill formation has been tectonically displaced with three thrusted units 19 m, 36 m and 9 m thick and lying between depths of 420 m and 498 m. These have been interleaved with the Prince Albert Formation.

Cole highlights that the Whitehill formation comprises black, carbonaceous, pyritic shale and the Prince Albert formation, the base of which lies at a depth of 657 m. It is made up of dark-grey shale containing thin siltstone beds.

“No desorbed gas was detected, but between 0.17 m3/t and 0.56 m3/t of residual gas was measured in the Whitehill formation,” he notes.

Further, Cole points out that borehole KWV is located 105 km north-east of East London and had by November 20, 2015, penetrated 1 951 m of Karoo strata, including several intrusions of dolerite totalling 225 m in thickness.

Cole remarks that the combined thickness of the Fort Brown and Rippon formations is 1 687 m, which compares favourably with the Ecca Pass, near Grahamstown, in the Eastern Cape, in the east-west-trending trough of the Karoo basin about 200 km south-west of the KWV borehole.

“Although KWV lies north of this trough and should, therefore, have a thinner succession, it is suggested that KWV lies in a southern extension of the Natal Trough thereby accounting for the thicker succession,” he concludes.

Cole was speaking at the recent CGS 2016 conference, which was held at the Council for Scientific and Industrial Research International Convention Centre, in Tshwane.