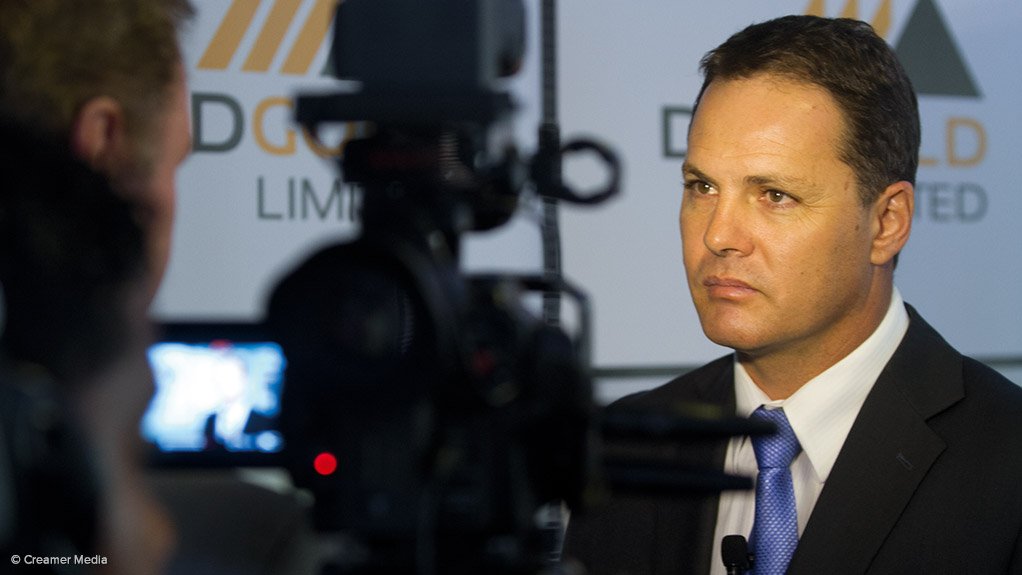 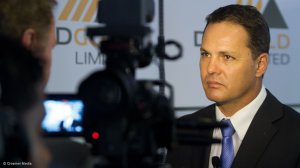 JOHANNESBURG (miningweekly.com) – Gold-from-dumps producer DRDGold on Wednesday announced a 4% increase in operating profit to R172.6-million on 7% lower gold output for the six months to December 31.

A rise in the rand gold price helped to offset the impact of lower production in the period, when the company focused on cleaning up its veteran Crown operation ahead of its closure.

Besides the Crown cleanup, operations in the six months were also affected first by dry weather and low water quality and then by flash floods, the company said in a release to Creamer Media’s Mining Weekly Online.

The headline loss was R10.2-million or 2.4c a share, compared with headline earnings of R10.9-million or 2.6c a share in the corresponding six months of 2015, owing largely to accelerated R18-million depreciation and retrenchment costs of the same magnitude at Crown for the cleanup.

Two new reclamation sites have been commissioned, with reclaimed slime from 4L2 alongside the M2 freeway, south-east of Johannesburg’s central business district – which contains some 11.9-million tonnes at 0.30 g/t gold – being sent to the City Deep plant at a rate of 300 000 t a month and then to the Ergo plant on the East Rand, near Brakpan, for gold extraction.

Ergo was originally established by Anglo American to recover and treat 186-million resource tonnes from Elsburg, with an extensive, interconnected pipe network including a bespoke 50 km pipeline, transporting gold tailings on the central and western Witwatersrand.

The group’s East Rand Proprietary Mines (ERPM) Extensions 1 and 2 in Boksburg, a 39-million-ounce underground gold resource, owned by ERPM, has been sold to Walcot Capital, subject to certain suspensive conditions.

“Our primary aim is to generate a financial yield and to preserve and grow financial capital. To do so sustainably, the demands of social and natural capital require equal attention and may, at times, take priority over financial capital, if only to reposition the business for its 'next phase',” DRDGold CEO Niël Pretorius said in a Johannesburg Stock Exchange news service announcement.

The Johannesburg South site, referred to as 'C-slime', required significant mechanical movement of materials in order for it to be introduced into the production feed system.

The second site, CMR, provided better grade and less mechanical movement of material, and will be completed by the end of March.

The consequences of mining materials at varying rates, densities and gold content is reflected in both the higher unit costs and lower recoveries.

These dynamics were amplified first by dry conditions and low water qualities until late November, and then by flash floods from December onwards. On the whole, conditions were less than ideal and the most effort went into limiting stoppage time and restoring equilibrium in the company’s reduction plant.

All this was done without excessively dipping into cash balance, given that the working capital balance increased by R70.5-million.

Total operating costs were 6% higher at R1 047.6-million with the operating margin remaining stable at 14.5%.

The all-in sustaining costs (AISC) margin was 6% higher, however, owing to the 16% increase in the rand gold price received being markedly higher than the 10% increase in AISC in kilogram terms.