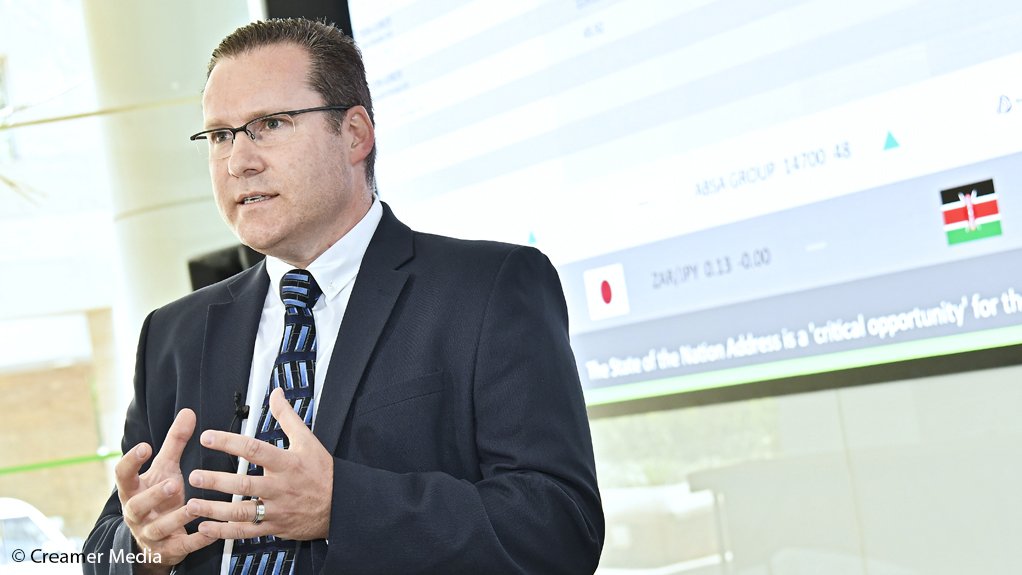 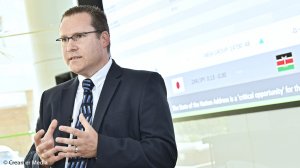 JOHANNESBURG (miningweekly.com) – Surface gold-mining company DRDGold is cock-a-hoop over its half-year performance, which saw it produce 3 t of gold from waste dumps on the East Rand and the West Rand in the six months to December 31.

But the company is also continuing to work intently on tracking down the gang of armed robbers who escaped with 17 kg of gold after fatally wounding the company’s chief security officer, Bart Coetzee.

Speaking to Mining Weekly in an exclusive video interview ahead of the presentation of the company’s cash-pumping results, DRDGold CFO Riaan Davel was firm on the company’s ongoing strident steps to counteract violent gold theft and disclosed that DRDGold CEO Niël Pretorius remained heavily engaged at the highest level to gather information on coordinated violent gold robberies.

He was speaking a day after Harmony Gold CEO Peter Steenkamp described the spate of violent attacks on gold smelting plants as being of great concern and a week after Minerals Council South Africa CEO Roger Baxter called at the Investing In African Mining Indaba for urgent intervention by the Ministers of Police and Mineral Resources and Energy to deal with the violent assaults by heavily armed intruders on mining company targets, especially smelt houses.

But the company, which is showing strong resilience on all levels, has extended its dividend declarations to a thirteenth consecutive year, following the six-fold half-year increase in group operating profit to R719.6-million.

Davel told Mining Weekly: “It was a wonderful six months.”

“I think in our 125-year history and most recent history, it was probably one of the best six months, with Ergo producing well in sometimes difficult circumstances of load-shedding and crime,” Davel commented.

Higher gold production was a consequence both of steady performance from the group’s Ergo operation and of the first phase of its operation reaching full throughput of 500 000 t a month.

The latter also contributed the bulk of the group’s 18% increase in total cash operating costs to R1 377.3-million. Headline earnings of R332.7-million (48.4c per share) were reported.

“On the back of that, yes, as is our policy, we want to return cash, in this case in the form of 25c a share to shareholders. Gold production was over three tonnes for the six months, which is amazing,” he told Mining Weekly.

On the violent gold robbers escaping with calcine concentrate, Davel said: “We’re going to do everything in our power to prevent incidents like that. We’ve stepped up our security even further and we’re also working through Minerals Council South Africa, with the South African Police Service, the Prosecuting Authority and the Department of Mineral Resources and Energy to make sure we prevent incidents like that from happening again, and also to bring the perpetrators to justice.”

The callous and cowardly attacks are being scrutinised as coordinated crime activities by linking up the dots on 19 incidents and tracking down Mr Big.

Operationally, the company can now go full steam ahead on detailed planning for Phase 2 at Far West Gold Recoveries, firming up the expansion of the Withok tailings facility on the East Rand and looking into the intricacies of retreating platinum group metals waste.