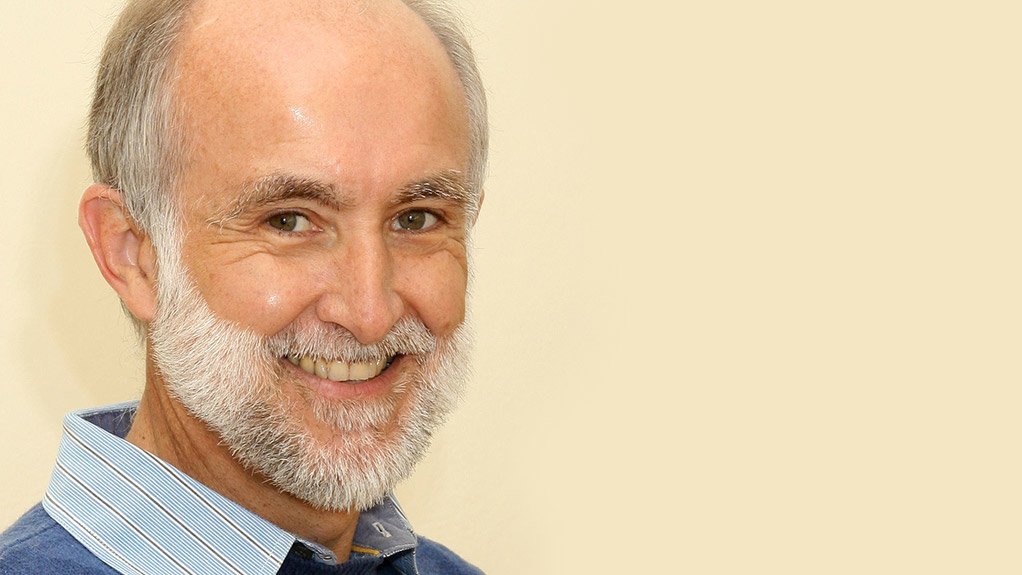 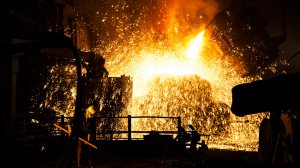 After fine-tuning the technology to successfully perform particular chemical processes, the focus of dc furnace development is on attaining the best possible results from these processes, he states.

Mintek is the original developer of dc arc furnaces for smelting processes, also known as plasma arc furnaces, owing to the arc formed between opposing electrodes that is, in fact, a plasma carrying electric current. The plasma arc reaches about 15 000 °C, and these high temperatures are harnessed for smelting.

Jones explains that Mintek is aiming to demonstrate the use of safer alternative coolants around metal tap holes, increase power levels of the furnace to achieve economies of scale and improve the recovery of smelted energy from the furnaces.

“Lots of work has been put into the modelling for the electrical part of the circuit,” he states.

Mintek’s diagnostic tool, the ArcMon, which is used to detect the presence of an arc, has been successfully applied to alternating current (ac) furnaces and is nearly at the commercial stage for dc smelter technology, Jones tells Mining Weekly.

“This is helpful if, during the smelting process, the electrodes come into contact with the slag, after which an arc is not formed; instead, the slag is directly heated by the electrode.”

Jones further notes that diagnostic tools, such as the ArcMon, are valuable in maintaining safety and avoiding downtime. Because the arc is often enclosed by the furnace and hidden from view, diagnostic tools also assist in alerting users that the smelter is not performing as it should.

Meanwhile, to achieve economies of scale, research is being carried out to develop smelters that have more than one electrode.

Jones explains that graphite electrodes have a diameter limit of about 75 cm, limiting the current that they can conduct. Therefore, to achieve greater smelting capacity, more than one set of electrodes are needed. Computational fluid dynamics and high-speed cameras are being used to contribute to Mintek’s understanding of the interaction between the two arcs, he adds.

Metal tap holes are common points of failure within the furnace and water-cooled copper inserts are typically used to provide powerful cooling to arrest the flow of liquids when the tap hole needs to be blocked.

Benefit of Electric Furnaces Jones explains that electric furnaces have a definite advantage over other furnaces that are, for example, powered by coal, when the temperatures required are higher than 1 500 °C.

“Electricity is the only feasible way to consistently and sustainably smelt, for example, ferrochromium, which melts at around 1 700 °C.”

Another disadvantage of using direct energy sources, such as coal, is that such processes tend to produce a lot of gas, which can contaminate the slag with ash, Jones highlights.

He notes that there are two basic types of electric furnace – ac and dc furnaces – adding that the size of the feed particles dictates whether an open-bath furnace is required;

ac submerged-arc furnaces are suited to smelting fist-size lumps of chromite, for example, where the electrodes come into contact with and are submerged by the material. However, much gas is generated during the chemical reactions of the smelting process and, when finer, sandlike material is smelted, the gas is unable to escape, which could cause eruptions or explosions.

There are eight dc arc ferrochrome furnaces in the world, four of which are in South Africa and the other four in Kazakhstan, at chromium company Kazchrome;

dc arc furnaces are commonly used in steel smelting, with more than 80 furnaces worldwide and Tokyo Steel’s smelter, for example, having a 175 MW power rating.

“The smelting industry is highly electricity- intensive and about 10%, or 4 GW, of South Africa’s total electricity use is for smelting. About half of the 4 GW is for the smelting of ferroalloys, while significant portions are also used for ilmenite, platinum and aluminium smelting.”

Jones notes that, owing to the shortage of electrical power and increased electricity prices, South Africa has lost ground as a smelting competitor, adding that China overtook South Africa as the number one producer of ferrochrome about two years ago.