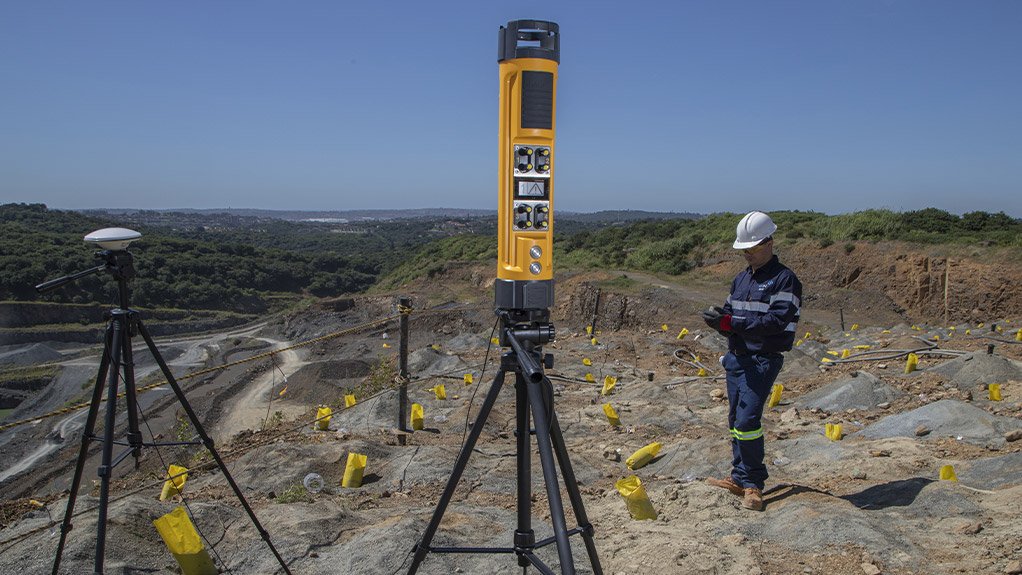 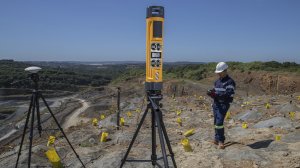 Safety and good fragmentation are two parameters of principal significance in any blasting process. With explosives manufacturer and supplier AECI Mining Explosives’ DGPS, a new addition to the IntelliShot system, potential human error from incorrect blast hole identification or incorrect delay assignment can be a thing of the past.

The timing process is predisposed to human error, with incorrectly marked blast holes resulting in incorrect delay assignment. The process of identifying the location of the unconnected hole is thus time consuming, while incorrect timing may compromise fragmentation and downstream operations.

The system’s major talking point is its high accuracy. Conventional global positioning systems (GPS) use fixed point receivers, where the location is directly calculated, whereas DGPS requires a GPS receiver to be set up at a known location as a reference coordinates of the fixed point are then surveyed and marked from where a much higher level of accuracy can be achieved.

DGPS is capable of achieving sub-1m location accuracy. This high level of precision is a result of the inherent design that mitigates signal degradation. The addition of the DGPS to the already proven IntelliShot electronic initiation system thus brings the industry a giant leap closer to autonomous blast hole identification and loading.

Increased safety, through its ability to protect against human error, is another major value addition of this technology, says Pillay. Blast hole coordinates along with the respective detonator delays are downloaded onto the Tagger to prevent the user from incorrect delay assignments on the bench. The response to blast hole location and fault-finding are made simpler, faster and safer. Additionally, the tagging process does not need to follow a specific tagging path.

The DGPS module can be retrofitted onto existing AECI Mining Explosives CE4 Taggers, while the company foresees the extension of this capability in that DGPS modules could be fitted to other equipment such as drill rigs or a Mobile Manufacturing Unit’s auguring arm. This provides end-users with accurate position data that can be fed back electronically via AECI Mining Explosives’ IntelliShot control equipment.

“Multiple uses of DGPS can be achieved on sites where survey suites are not readily available to track drilled holes. Users can create an accurate blast plan by logging hole positions and uploading to ViewShot 3D for detonator delay design. Another key value proposition of this system is data availability, allowing for reconciliation of planned versus actual blast holes, thus enabling continuous improvement on site,” says Pillay.

In conclusion, AECI Mining Explosives is focused on providing its partners with systems that have technological advancements to promote smart-mining applications. Mines will reap quantifiable benefits on their surface operations, including high levels of safety, improved operational flexibility and better ore recovery, all of which are crucial parameters in their quest to operate sustainably,” concludes Pillay.