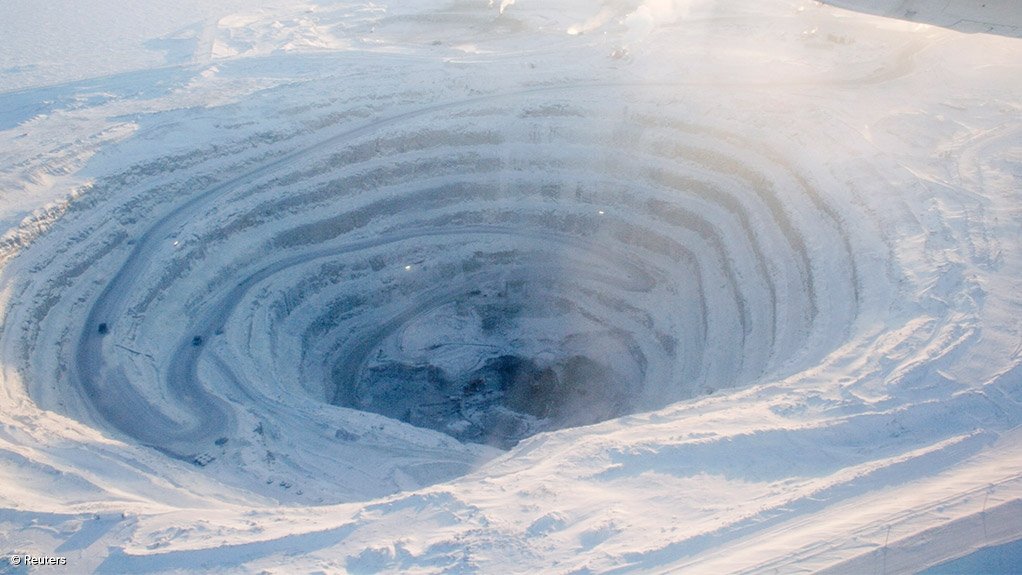 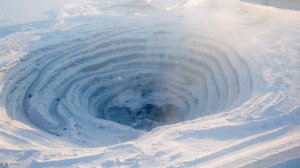 FUTURE DEVELOPMENT Ekati’s Jay pipe, an 85-million-carat reserve, currently in the feasibility study stage, is expected to come on line in 2020

Canada’s largest diamond mine, the Diavik mine, has reached the significant milestone of producing 100-million carats of rough diamonds since the mine started in 2003.

A 60/40 joint venture between mining major Rio Tinto and Canada’s Dominion Diamond Corp, Rio Tinto Diamonds, Salt & Uranium MD Simon Trott has praised the teams who had helped make this happen safely and responsibly in some of the harshest operating conditions in the world.

Located on an island in a remote subarctic lake and operated by Rio Tinto, the mine produces mainly gem-quality diamonds destined for high-end jewellery in all major consumer markets around the world.

About half of the mine’s 1 100 employees live in Canada’s north region and one quarter of Diavik’s workforce is Aboriginal. The project has stirred significant local economic activity since 2003, seeing about C$6.8-billion being spent on goods and services to support the mine, of which more than 70% is with local firms – many of which are Aboriginal-owned, Rio Tinto advises.

The Diavik mine has four kimberlite pipes, three of which are in operation. The fourth pipe, A-21, has a ten-million-carat reserve and is being developed over four years for $350-million, with first production projected for late 2018. In 2015, Diavik produced 6.4-million carats, which was down 11.5% year-on-year, owing to processing plant pauses in the fourth quarter and the absence of stockpiled ore, relative to 2014.

Dominion’s second asset, its 89%-owned Ekati mine, which is Canada’s first diamond mine, produced about three-million carats in 2015, a 6.3% decrease over 2014, as the company transitioned the mine plan to focus on the Misery Main pipe.

Misery Main is a 14-million-carat reserve with first production reached during the first half this year. It is estimated to contribute four-million carats this year, which will substantially increase the mine’s output by 70% to an estimated 5.1-million carats in 2016.

Dominion has announced that the Lands of the Government of the Northwest Territories Minister Robert McLeod has accepted the recommendations of the Mackenzie Valley Environmental Impact Review Board, that Ekati’s Jay project be approved, subject to the certain measures described in the environmental- assessment report.

Dominion, the world’s third-largest rough diamond producer by value, advises that Jay is the most significant undeveloped deposit at Ekati. Jay alone has the potential to extend the mine life about 10 to 11 years beyond the current projected closure of Ekati.

The company expected to publish a feasibility study on the Jay project at the end of last month.