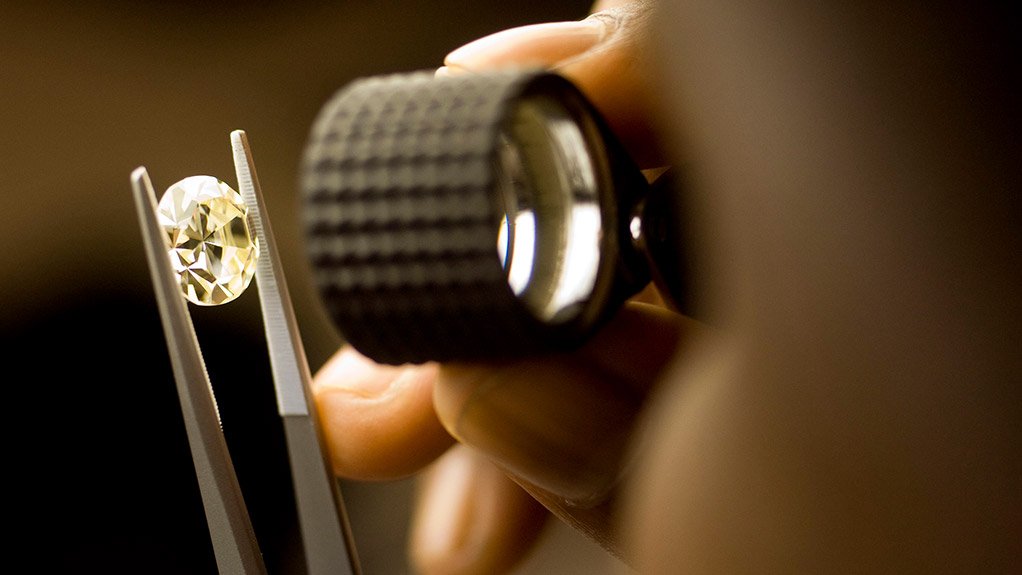 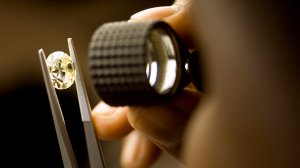 VANCOUVER (miningweekly.com) – The Zimnisky Global Rough Diamond Price Index is up 12.1% in 2016 through to mid-December, driven higher in the first half of the year as firm market demand for rough returned as manufactures restocked following the 2015 holiday season.

The brainchild of independent diamond analyst Paul Zimnisky, the index peaked towards the end of June and has since retreated 2.4% from the high on the back of softening seasonal demand, but also the demonetisation in India, which is primarily affecting lower valued goods bought by smaller independent manufactures.

The goal of the index is to track and aggregate transactional rough diamond data.

MARKET DISCIPLINE
According to the New York-based analyst, 2016 had seen marked discipline by the major diamond producers, as De Beers, Alrosa and Rio Tinto followed through on decisions to curtail global supply, which combined with a healthy 2015 retail holiday season, left the cautious manufacturing segment of the industry under-stocked early this year.

Zimnisky explained that leading up to 2015, gross over-speculation of global diamond demand growth by some diamond cutters resulted in a significant overhang of low-to-medium-quality polished stock in the industry pipeline, which reached a climax about this time last year.

“The supply glut was debilitating, and even fatal, for the manufactures (the cutters) as there was in some cases no market for their freshly polished product which they needed to unload in order to pay back loans used to buy the rough. The bellwether producers (the miners) took action towards the end of last year in an attempt to normalise the supply/demand balance, in an effort to provide a lifeline to their clients,” Zimnisky stated in a note to Mining Weekly Online.

According to the analyst, the producers took a two-pronged approach, reducing rough supply to the market, either through production cuts and/or inventory build, and reducing prices, with a goal of restoring the rough/polished price spread, essentially returning profitability to the manufactures.

MAJOR PLAYER
Russian diamond super-major Alrosa, the world’s largest diamond producer by volume and value sold, lowered prices by 15% in 2015 and built inventory, selling less diamonds than it produced to reduce product in the market.

The company recently indicated that their internal 'like-for-like' diamond price index was unchanged in 2016, despite the increase in average price per carat sold figures.

“Technically this difference can only be attributed to the range of product mix sold. If categories with price increases are being sold into the market, and categories with decreases are held back as inventory, the company’s price index does not necessarily reflect transactional price volume, and can be misleading. Product mix sold is dependent not only on what is offered by producers, but what is demanded by buyers at a given price, so average price-per-carat actually sold can a better indicator of true demand for product,” Zimnisky advised.

He further noted that product mix should be less variable the larger and the more diversified the miner’s production stream, which is the case with Alrosa. So, while an average price-per-carat sold figure is not necessarily a perfect 'like-for-like' gauge, the very high volume of diversified rough that Alrosa produces and trades has the potential to normalise the metric over multiple operating quarters,” Zimnisky stated.

Alrosa has also reduced its inventory this year by about 10% up to the third quarter (about nine-million carats, or 23% of the estimated 2016 production volume), inventory which mainly comprised smaller, lower-quality stones for which there was relatively no market in the second half of 2015, which would suppress the average price sold figure.

PRODUCTION DISCIPLINE
Meanwhile, De Beers cut rough prices 3% in the spring of 2015 and then again 9% a few months later in August, and curtailed production 12% or by about four-million carats in 2015.

In January this year De Beers cut prices 7%, but then raised prices 2% in April, the company’s first price raise since 2014, Zimnisky points out. Prices have since been unchanged. These four price adjustments net out to -17% over the last two years, comparable to Alrosa’s 15% cut in 2015.

Despite Alrosa and De Beers indicating that their 'like-for-like' diamond pricing is, respectively, unchanged and down in calendar 2016, market demand for rough is clearly up this year as evidenced by the robust uptick in gross sales revenue generated by the two majors.

Alrosa produced $4.2-billion in diamond sales so far this year, 21% higher than last year. The company's cash flow has been so strong that they pre-paid $370-million of debt in December, and have indicated that dividend increases are the best use for the company's remaining ample excess cash on hand. Consequently, the stock is currently trading at an all-time high of 99 rubles a share in Moscow, equating to a market cap of 730-billion rubles, or about $$12-billion.

De Beers generated $5.6-billion in gross rough diamond sales in 2016, which is up 61% year-over-year. De Beers' parent, LSE-listed Anglo American’s stock, is trading at the highest level since Spring 2015 at 1 200 pence a share in London, a market cap of £16-billion, or $13-billion. Last year Anglo restructured the company with a new focus on diamonds.

Further, Zimnisky pointed out relatively healthy industry sentiment being mirrored by Rio Tinto, the second largest diversified miner in the world, which recently indicated that diamonds are a priority area of growth for the company, and single-asset producer TSX-listed Lucara Diamond Corp announced that it anticipates raising its regular annual dividend next year to C$0.10 a share, from C$0.06. The stock currently trades at C$2.97 apiece.