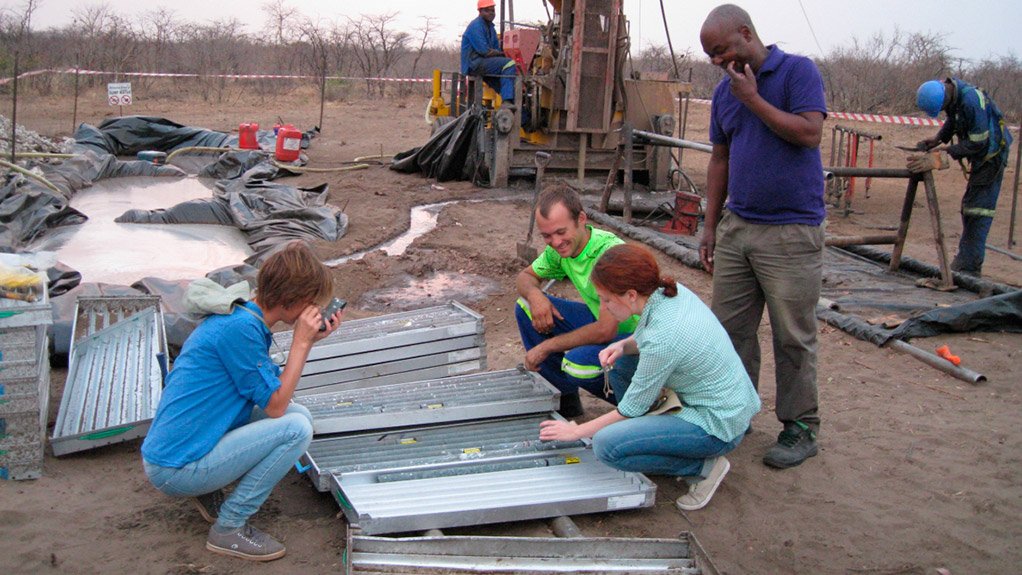 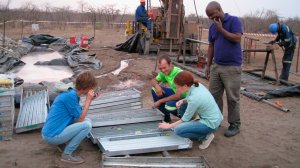 Aim-listed diamond explorer Botswana Diamonds (BOD) has shifted its 2015 focus to three licence areas covering more than 1 000 km2 in the diamond province of Orapa, in Botswana.

Based on an evaluation report of exploration studies conducted in September and October last year, which the companies received last month, BOD and Alrosa defined a 2015 exploration programme – budgeted at between $1-million and $1.5-million – for these three specific blocks, Teeling says, adding that exploration is expected to start this month.

“Currently, the priority block is PL206, where kimberlitic indicator minerals have been identified,” Teeling says, explaining that the next step is identifying the origin of the minerals to establish whether they originate from the known Orapa kimberlites or from new, unknown kimberlites.

Teeling notes that Alrosa believes that, by the end of the second exploration programme, of which the evaluations are expected in April, it will be able to define drill targets, particularly for PL206, which has been described by the miner as a “very prospective block”. The focus will then shift to PL207 and PL210.

“Hopefully, by June or July, we will not only have drill targets for PL206 but be better informed as to where the specific anomalies and targets are on PL207 and PL210,” he adds.

Teeling notes that BOD also has an earn-in agreement on 13 licences in the Gope region of Botswana, within a licence area covering about 6 500 km2 of the Kalahari Desert.

Further work conducted by BOD and Alrosa identified targets across the region’s Brightstone block. BOD currently has three targets in a corridor across the south-west of the block, while Alrosa has two targets in the north of the block.

Teeling says a large mining company approached BOD in 2014, expressing interest in diamond exploration, resulting in a new company being formed last month. The new company will be controlled by the mining major in partnership with BOD, minerals explorer Siseko Minerals and mining company Future Minerals.

BOD assigned its 13 Gope licences to this new entity and will have a 15% carry share in the new company, which means that the new company, and not BOD’s shareholders, will be 100% responsible for the exploration funding up to and including a feasibility study and commercial discovery.

The new company, yet to be announced, will be capitalised with $1-million for 2015, Teeling says, noting that BOD and Alrosa will provide it with all the collected data and initial analyses results of the targets in the Gope region, “providing the company with a significant head start” to continue and enhance exploration in the area.

The diamond mining industry is experiencing an improved fundamental demand for diamonds, paired with “a flat supply, at best, for the next couple of years”, which makes it a good time for diamond exploration, says diamond explorer Botswana Diamonds chairperson John Teeling.

Owing to increasing demand from Asia, particularly China, and steady demand from the US, industry expects a shortage of gem-polished diamonds, which are exactly the type of diamonds Botswana produces, Teeling points out. He adds that supply is predicted to decrease, with few new mines currently coming on stream and older mines ceasing or decreasing production.

However, this flat supply is exacerbated by a “disastrous” stock market, with decreasing commodity prices, lack of investment in junior mining and the challenges of securing exploration funding, he laments.

Nevertheless, Teeling remains positive that, overall, the mining industry remains prospective, with market researcher Business Monitor International forecasting in its ‘Botswana Mining’ report that “the country’s mining industry value [is expected to] average 5.2% growth from 2014 to 2018, reaching a value of $6.6-billion by 2018”. The researcher further forecasts solid growth for the diamond sector, which is expected to be “boosted by new projects planned by diamond producers Debswana, Gem Diamonds and Lucara Diamond Corporation”.

“Diamonds remain a bright spot,” Teeling says, concluding that, although there is currently less exploration in Botswana than there was three years ago, he expects “some green shoots in exploration, demand and price to start again within the next few years”.