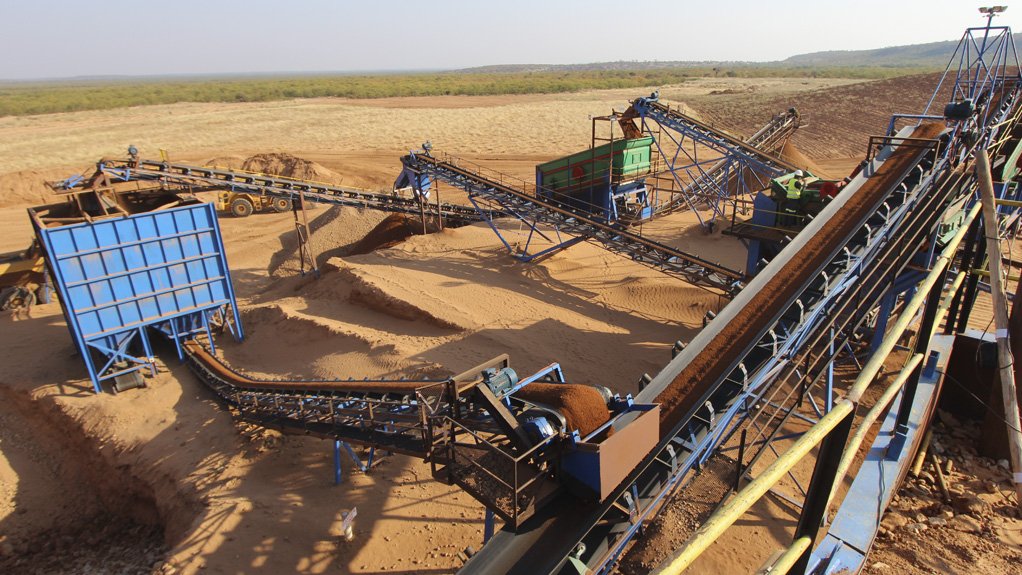 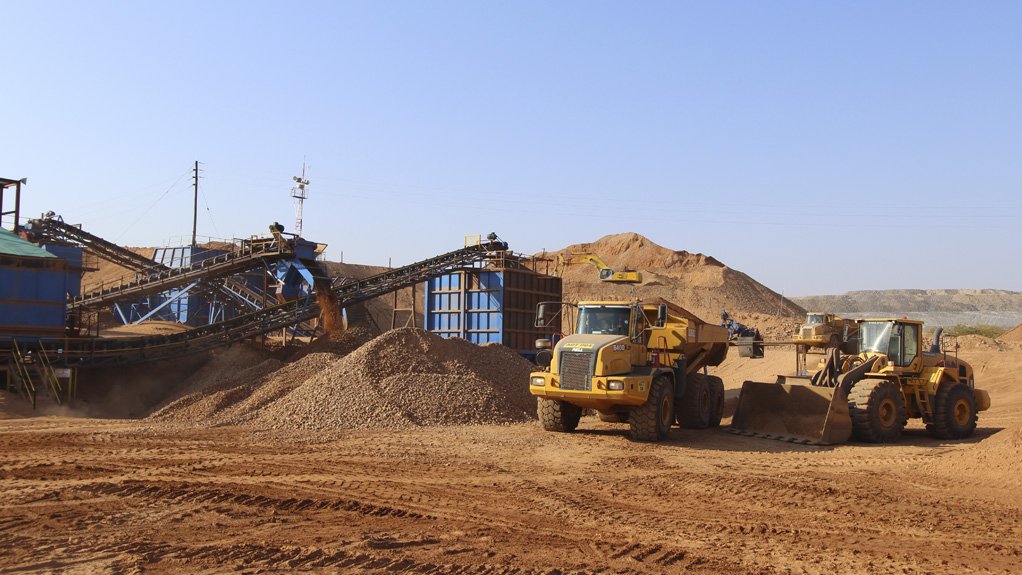 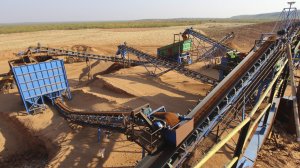 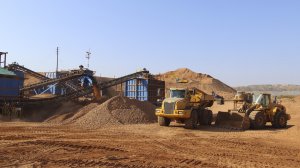 KRONE-ENDORA, DRY-SCREENING PLANT The project is opencast, employing low-cost strip-mining methods and has the potential for an initial 15-year operational lifespan
PRIMARY FOCUS The project is the company’s primary focus owing to its potential for both near-term production and long-term growth

The Canadian-headquartered company’s 5 888 ha Krone-Endora project is adjacent to De Beers’ flagship Venetia diamond mine and its deposits have been identified as being from the direct shift and erosion of material from Venetia. The project is opencast, employing low-cost strip-mining methods and the company is targeting an initial 15-year operational life span.

Taylor further highlights that many diamond analysts are predicting that rough diamond prices will increase in the coming years, which would further enhance the potential to grow the project significantly.

He points out that the project is the company’s “primary focus”, owing to its potential for both near-term production and long-term growth into the surrounding areas.

Taylor says that the company recently secured a 30-year mining right and a water-use license for the project. He notes that the company is currently performing large-scale trial mining exercises with the aim to arrive at an initial production decision in the short term.

Taylor explains that these exercises have allowed the company to proceed with the final refinements, which are currently under way, across the entire operation. The company expects to begin ramping up processing volumes during the current quarter.

“We have invested several years and about $50-million into the development of the project to date. The bulk of the capital expenditure is now complete, and we do not envision any significant additional capital being required to bring the project on stream,” he states.

Krone-Endora has been funded through a combination of equity raises, a debt facility from Diamcor’s strategic alliance partner, Tiffany & Co, and through the sale of rough diamonds recovered as a result of the ongoing testing and commissioning exercises.

Taylor highlights that these efforts have allowed the company to maintain “an attractive capital structure” of about 49-million shares, attributable to a $5.8-million funding arrangement, which was completed in September with institutional investors; this served to strengthen Diamcor’s balance sheet and cash position.

“Moving forward, we believe the results to date have demonstrated the project’s potential to achieve profitability in the short term, and should there be any ability to increase shareholder value by further expanding operations in the future, we are confident that various options will be available to fund these efforts if required.”

Taylor remarks that, as with any new mine, significant work has been completed to bring the project to its current state. Diamcor’s initial efforts focused on establishing infrastructure by constructing over 20 km of primary roads, the plant sites, “extensive” security fencing, offices, workshops, staff housing facilities and the various other infrastructure required to support any mine for the long term.

Taylor states that “a full complement” of heavy equipment has been deployed at the mine, and relationships with various suppliers and consultants are all in place. He also points out that Diamcor owns and operates the mine, which it intends to continue doing for the long term.

However, Taylor notes that anyone who has built a mine would agree that there are always challenges along the way. He says that the aspects which one cannot control are most challenging, such as the time associated with securing various permits and the installation of water and power infrastructure.

“In our case, the material being processed has a very high content of fine material, so dealing with the removal of this material without the use of water was also a key element to our long-term success.

“The development of our infield dry-screening plant involved testing various solutions, with the end result being a very deposit-specific plant, which reduces the total amount of material sent for processing by up to 60% by removing fine material under 1 mm without the use of any water,” Taylor elaborates, highlighting that this enabled Diamcor to lower operating costs and reduce the amount of water needed for the project.

Taylor contends that, ultimately, the company overcame its most significant challenges as a result of its good operational team and consultants and by working with the various government agencies to arrive at a common goal.

He says that the number of people working on the project varies, depending on the work being completed; however, 80 to 100 positions are expected to be created, with about 50% ultimately being direct employees of the company. The remaining 50% are contractors, who were mobilised for the development phase of the project and are associated with heavy equipment.

“The total number of operational employees is expected to grow slightly, with contractors and various supporting staff, typical of any mine, remaining consistent.”

He adds that Diamcor is also focused on the advancement of its employees, who are promoted into new positions through ongoing training to give them the opportunity to grow with the company. “While we are not a large employer, the combined economic benefit for the area will remain meaningful,” Taylor emphasises.

Additionally, he points out, as with any mining project, the benefits to the local communities are wide ranging in many areas. Along with the jobs created, the economic benefit for many supporting businesses in the area has continued, and will continue, to be meaningful.

“Our Social and Labour Plan identified a number of projects and programmes that would assist local communities, as well as help to advance the skills of our workforce,” Taylor concludes.