Despite assertions coal mining is on the brink, some argue it will be a key sector for SA for decades

Despite assertions coal mining is on the brink, some argue it will be a key sector for SA for decades 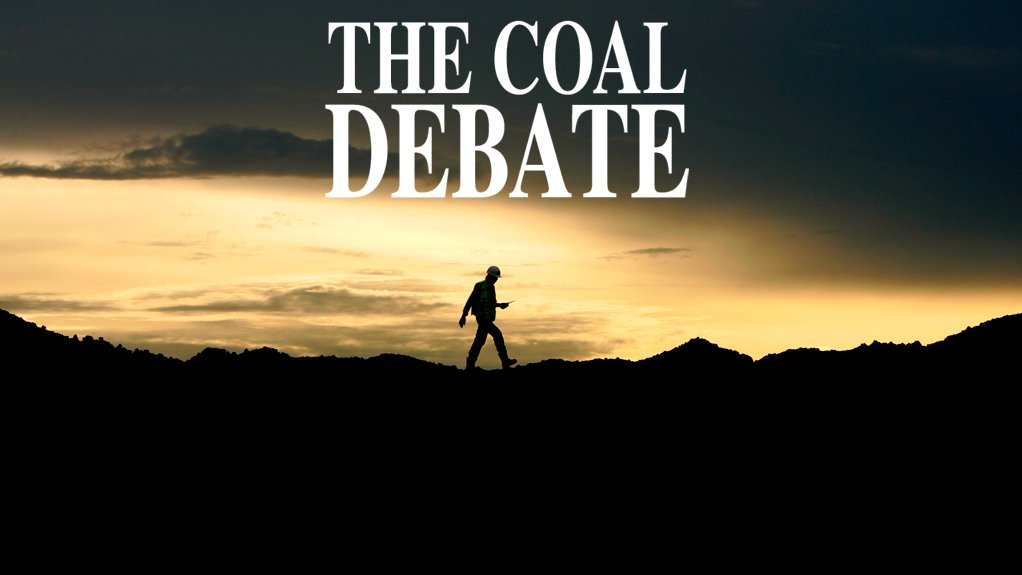 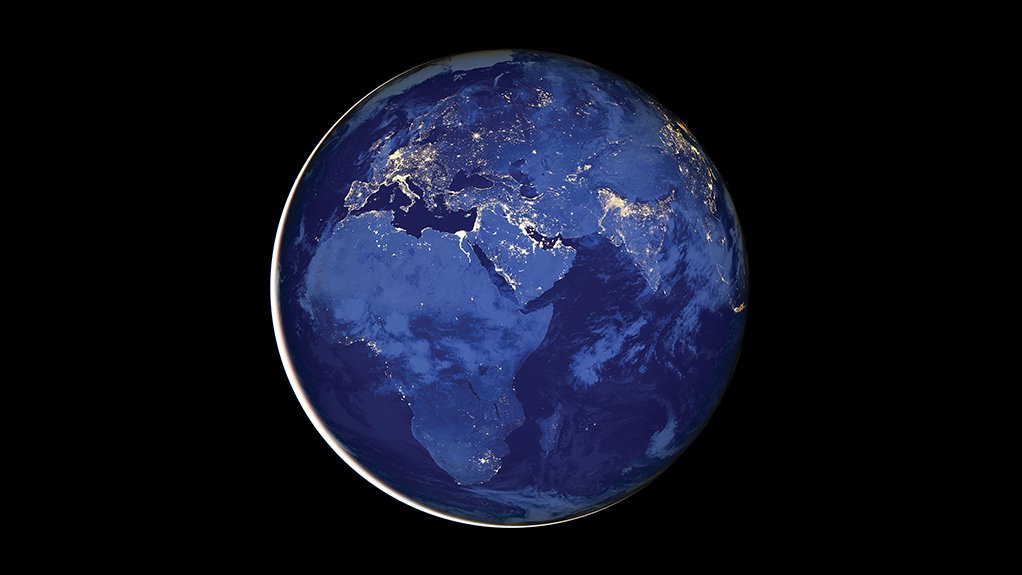 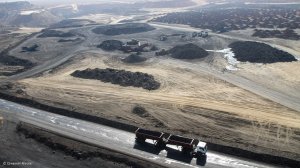 Photo by NASA Earth Observatory/Robert Simmon
OPPORTUNITY BECKONS Seriti Resources Mike Teke noted that the lack of electricity on the continent presents an opportunity for regional coal miners
Photo by Creamer Media
LINGERING UNCERTAINTY Despite frequent and numerous conversations on the coal industry, questions about the role of coal and its survival persist

The global coal sector can be likened to Austrian physicist Edwin Schrödinger’s cat or, rather, his famous experiment pertaining to quantum superposition.

The scenario imagines a situation where a cat is enclosed in a box with a deadly poison. The poison will be released if some radioactive atoms decay. While it is possible to calculate the odds that the material has decayed, it cannot be accurately determined when that will happen. There is also no way to peer inside the box and, therefore, no way of knowing whether the cat is alive or dead.

Similarly, no one can offer a definitive answer to whether the coal sector is dead or not. It may be in the process of dying – but even that is debatable.

Bloomberg reported in August that Colombian coal company Cerrejon CEO Guillermo Fonseca thought that the industry was in “terminal decline” because, while demand remained strong in Asia, other entities, such as North America and Europe, were increasingly turning to cheaper and cleaner natural gas, wind and solar power.

The news agency also noted that BHP planned to exit the thermal coal business, while Rio Tinto’s sale of its thermal coal assets and Glencore’s plans to cap production painted a picture of “an industry on the brink”.

However, Reuters reported earlier this month that China had approved 141-million tonnes of new yearly coal mining capacity in the first half of 2019, compared with 25-million tonnes for the whole of 2018.

It also reported that more Chinese coal-fuelled power stations were expected to be built, citing “an industry lobby group” that predicted China’s total coal-fired capacity would peak at 1 300 GW.

While Japanese companies have been cancelling plans to build about 4 800 MW of coal-fired capacity since 2017, others plan to build 21 new coal-fired power- generation units with a total capacity of up to 12 581 MW, according to Reuters.

Other commentators aver that Asia’s appetite for coal will decline after 2030, suggesting that the decade thereafter will herald the end of coal. However, all the coal-fired power plants being built today have a design life of at least 20 years beyond that speculative deadline.

These contradictory views seem to mirror those of Southern Africa industry players on coal’s future – if not, on its immediate importance to mining and the region’s economies.

XMP Consulting senior coal analyst Xavier Prevost, speaking at the inaugural Coal Industry Day, hosted by Resources 4 Africa at the Johannesburg Country Club in July, noted that coal was the most important commodity in South Africa.

In comparison, the gold and platinum group metals sectors generated sales of R69-billion and R104-billion respectively.

He added that, while there was “little left” in terms of major miners, midsized and midtier coal companies were growing “very fast”.

Meanwhile, in his presentation at the Coal Industry Day, Minerals Council South Africa economist Henk Langenhoven noted that about 50% of production was exported, making the coal sector the biggest exporter in mining.

The coal sector paid out R24.7-billion to employees and R1.6-billion in royalties last year.

Eskom and the Energy Mix

Prevost and Langenhoven pointed to coal’s importance to State-owned power utility Eskom, with Langenhoven noting that, based on the current Integrated Resource Plan (IRP), “the decision on coal has already been made”.

Langenhoven stated that, in terms of domestic demand, there was potential to create 6 500 jobs to meet that spike in demand.

Eskom primary energy division GM Dan Mashigo noted that Eskom currently had 15 coal-fired power stations, the last of which would reach the end of its life in 2050.

Based on the council’s research and considering the declining life of several coal mines, an estimated R20-billion is needed to replace those mines and “keep supplying Eskom with coal”, Langenhoven noted.

During a panel discussion on the role of coal in resolving Eskom’s generation capacity and Southern Africa’s energy needs, Menar MD Vuslat Bayoglu noted that coal pricing needed to be fairer, as coal procurement accounted for the bulk of the utility’s costs.

Meanwhile, Shumba Energy MD Mashale Phumapahi noted that, taking Eskom’s role in the Southern African Development Community region into consideration, “it’s time that other countries start contributing to ensure that there is security of supply”.

He said that, while the diversification of energy supply for Southern Africa was necessary, coal could not be eliminated in the short or medium term because of its ability to provide baseload, adding that infrastructure to leverage recent gas and oil discoveries was yet to be built.

Phumapahi also noted that, while some South African banks had elected not to fund coal mining operations, “that is not necessarily the case in the neighbouring countries”.

Phumapahi, Bayoglu and Mashigo agreed that any feasible energy mix in Southern Africa would have to include coal.

National Treasury Tax and Financial Sector Policy deputy direct-general Ismail Momoniat stated that climate change was undoubtedly the “biggest challenge facing humankind” and that, even if the worst-case scenarios were wrong, “it’s better to take out insurance”.

He noted that the carbon tax, implemented earlier this year, was meant to change the behaviour of local companies, adding that it was designed as a “signal from government to change or face much higher consequences” if emissions mitigation measures were not implemented.

He stated that the idea was to shift the conversation to establishing the parameters of a ‘Just Transition’ – away from a coal-based energy system – and that the tax, with the way it had been designed, should not really affect the mining sector in the first phase.

Momoniat noted that ”there’s no point in being a denialist” and, while the National Treasury was certainty not pushing for “zero-coal”, financial institutions and listed companies were averse to coal, which had consequences for investment and demand.

Seriti Resources CEO Mike Teke agreed that being a denialist was pointless, but does believe, however, that coal still has a future, and that the issues facing coal require innovation and willpower.

He noted that companies such as General Electric were looking into the development of clean coal technology, while other advances in this arena meant that coal could, and should, be considered in the global energy mix in future.

Moreover, he noted that, while there was a lot of coverage on the demand for coal from Europe, Asia and the Americas, demand from Africa had been largely ignored.

Teke referenced images of Africa at night – which, to this day, show a large concentration of light in major cities, with the remainder of the continent almost completely dark – asking: “Is that not an opportunity?”

He noted that Africa’s population would reach about 2.5-bllion by 2050 and that power generation would have to increase to meet the population’s needs. Moreover, as “growth demands serious energy”, he questioned the feasibility of taking coal out of the equation, particularly when it was in abundance on the continent, was comparatively cost effective and at a time when the continent was already trying to bridge the socioeconomic divide between it and developed economies.

Prevost believes that South African coal producers should focus on supplying local industries and Eskom because of the changing and uncertain export environment.

During the Coal Industry Day, he pointed out that China and India – the latter contributing about 46% of South Africa’s coal exports – planned to reduce their coal import volumes.

Additionally, prices for inland coal sales were “quite high” and increasing, with the average price paid by Eskom in 2018 amounting to R349/t, while the steel, chemicals and cement industries bought coal at about R831/t, R513/t and R608/t respectively.

Langenhoven also noted that the World Bank scenario expected a decline in demand from the East from 2030 onwards, further strengthening the argument to focus on domestic and intercontinental supply.

However, he also noted that, if local companies could produce an extra 35-million tonnes for export before demand from the East declined in earnest, it could create employment for about 11 000 people and increase investment by about 10%.

When factoring in China’s expected increase in coal-fired generation capacity, there is evidence to suggest that the export market is still a viable growth prospect – at least for the next decade.

Meanwhile, Mashigo stressed during the Industry Day that, while renewables “are here to stay”, there would have to be a balancing act and that a holistic perspective on the Just Transition had to be considered.

Langenhoven noted that the South African economy could not withstand an immediate switch to zero coal, and, while he did not subscribe to Teke’s belief that countries should inherently exploit the resources available to them, the importance of the coal sector could not be underestimated. Further, should the sector continue its current trajectory, it would shed 90% of its employment in 32 years.

Prevost asserted that energy poverty could be fixed only through the use of coal.

When taking into consideration the discussions at the event and the content of coal-related media articles worldwide, it can be concluded that the global coal industry is at a crossroads, and that its survival depends on stakeholders making the right decisions – whatever those might be.