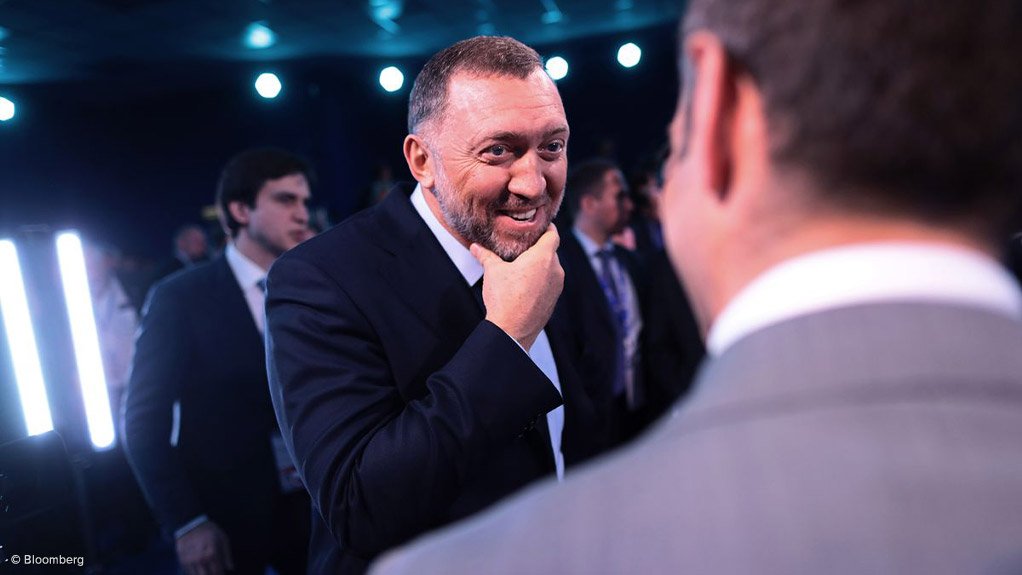 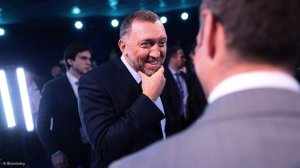 WASHINGTON – Russian billionaire Oleg Deripaska is fighting back in a US court against American sanctions that he said are unfairly destroying his global businesses and are based on unproven allegations about his close ties to the government of Russian President Vladimir Putin.

Deripaska, who made his fortune in the metals industry, sued the US Treasury Department and Secretary Steven Mnuchin in Washington on Friday, asking a federal judge to lift the restrictions. In his complaint, the magnate said he is “the latest victim” of “political infighting and ongoing reaction to Russia’s purported interference” with the 2016 US Presidential election.

The Treasury’s Office of Foreign Assets Control, or OFAC, unfairly targeted Deripaska, causing his net worth to drop by $7.5-billion as banks withdrew credit and other businesses refused to work with him, according to the suit. The Bloomberg Billionaires Index estimates his net worth at $3.9-billion, after dropping $5.8-billion last year, the most among Russia’s ultra-wealthy.

“I have filed a civil complaint against Treasury and OFAC to clear my name and remove the sanctions that have been arbitrarily imposed on me for political reasons,” Deripaska said in an Instagram post. “This is about simple justice.”

The US government sanctions – which froze any his assets over which it had jurisdiction and largely barred people in the US from dealing with him – have resulted in “the utter devastation of Deripaska’s wealth, reputation and economic livelihood,” according to the complaint. “Deripaska has been effectively shut out from the international business community and the global financial system.”

Deripaska, the founder of aluminum producers En+ Group and United Co. Rusal, was among the most prominent tycoons hit with sanctions by President Donald Trump’s administration. The move followed passage of a law to retaliate against Moscow for its election meddling. In April 2018, the Treasury slapped sanctions on Deripaska and six other Russians it labeled oligarchs in response to the Kremlin’s “malign activity around the globe.”

“The Russian government operates for the disproportionate benefit of oligarchs and government elites,” Mnuchin said in a statement issued by his department in April criticizing that nation for its occupation of Ukraine’s Crimean peninsula, supplying weapons to the regime of Syrian President Bashar al-Assad and for its attempted subversion of Western democracies.

Treasury said Deripaska had, at times, acted on behalf of the Russian government and that he’d previously been accused of threatening the lives of business rivals and participating in extortion and racketeering.

The department referred requests for comment on the lawsuit to the US Department of Justice, which declined to comment.

Deripaska was the largest stakeholder in Rusal, the world’s second-largest aluminum producer. The sanctions against him roiled the global market for the metal amid concerns that a supply squeeze would develop as consumers realized they couldn’t buy aluminum from the Russian company.

Aluminum prices surged to a seven-year high as companies scrambled to find alternative supplies. The market soon stabilized as Treasury extended the deadline for companies to wind down dealings with the aluminum producer. By January, Treasury announced it would formally remove sanctions on Rusal as part of an agreement with Deripaska to hand over control of his company to individuals selected by the US.

Treasury’s actions were arbitrary and capricious, Deripaska claims, and violated the Administrative Procedures Act. He asked the court to intervene, seeking an order to bar the agency from referring to him as an oligarch. He also asked the court to order his removal from executive orders imposing the sanctions and the so-called Specially Designated Nationals and Blocked Persons List administered by OFAC.

“His investments have become toxic, and defendants have caused his former companies to separate from him through the irrevocable divestiture of his interests and severance of his control,” according to the complaint.

Paul Manafort, Trump’s former campaign chairman, once worked for Deripaska as a political consultant. Deripaska then invested $18.9-million with Manafort in a cable-television venture in Ukraine and paid him $7.35-million in management fees.

The deal ultimately soured, and Deripaska later sued to try to get an accounting of the money. In January 2018, Deripaska sued Manafort and his former right-hand man, Rick Gates for fraud. Separately, as part of Special Counsel Robert Mueller’s investigation, Manafort was convicted of fraud and other charges and has been sentenced to seven-and-a-half years in prison. Gates pleaded guilty and is cooperating with Mueller.

A former Red Army conscript with a physics degree, Deripaska got his start in business scooping up newly issued worker shares in Siberian smelters in the 1990s and emerged victorious from the bloody and gangster-ridden aluminum wars.

“Deripaska has been investigated for money laundering and has been accused of threatening the lives of business rivals, illegally wiretapping a government official and taking part in extortion and racketeering,” Treasury said. “There are allegations that Deripaska bribed a government official, ordered the murder of a businessman, and had links to a Russian organised crime group.”

Last year, Deripaska said the allegations were “groundless, ridiculous and absurd.” In an interview with Bloomberg in Moscow in 2011, he spoke with pride of centralizing the bulk of the Soviet Union’s aluminum sector. “Rusal is not a company, it’s an industry in Russia,” he said at the time.

He has asked the court in Washington to compel the US to release any records underlying its assertion he is an oligarch. The case hasn’t been assigned to a judge.