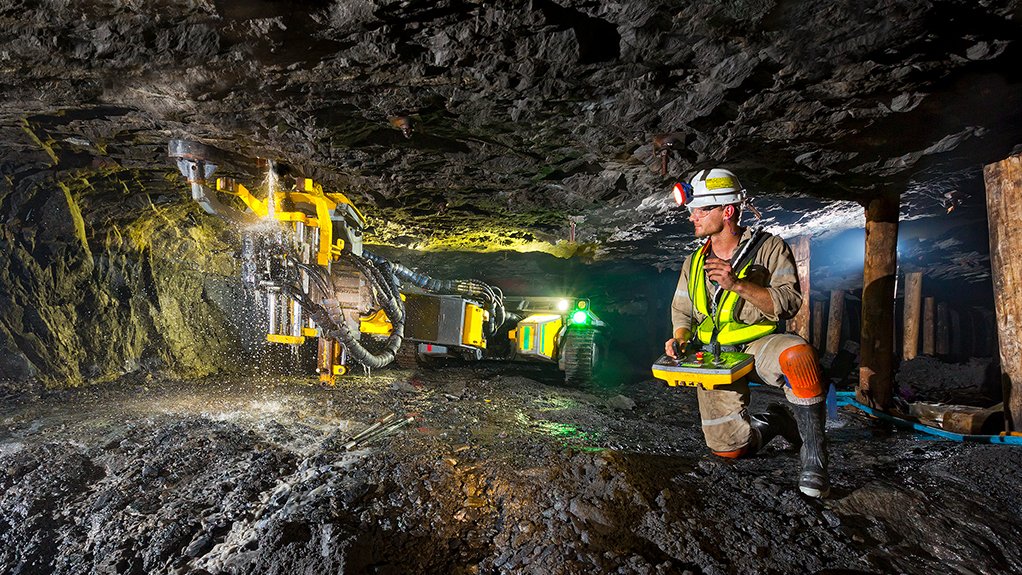 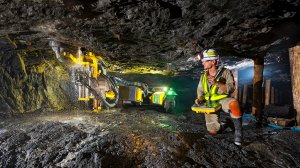 However, the challenges regarding input costs and the reliability of power supply remain concerning.

Minerals Council CEO Roger Baxter notes that there are currently deep-level operations – either existing or planned – with mine lives exceeding 30 years.

He adds that South Africa tends to have deep-level mines, usually 1 000 m and below in depth, and ultradeep-level mines, which surpass 3 000 m in depth; although the lines between the two can be blurred.

“Some platinum mines in the Rustenburg area, in the North West, for instance, may not be ultradeep-level operations, but their temperature gradients mean that their ventilation and cooling requirements may be as challenging as those of gold mines. Increased levels of seismicity are often associated with deep-level mines, although this may still be a challenge at shallower mines, especially when associated with specific geological conditions.”

A significant challenge facing ultradeep-level mines is that working faces have become increasingly distant from the primary shafts and have, in turn, increased the time it takes to travel to the stope face. Mining companies have addressed these using conveyances, says Baxter.

Aside from the electricity crisis, which affects all industries, there remains a level of uncertainty regarding the limited recognition of the continuing consequences of past black economic empowerment transactions in Mining Charter III.

“Efforts to resolve this matter – and a couple of other smaller ones – have not led to resolution as yet. The matter is before the courts, but the litigation could, realistically, drag on for some time,” Baxter points out.

Additionally, he also highlights that there are logistical issues regarding the transport of certain commodities, which will have to be addressed.

This, says Baxter, will enable the country to unlock its “real growth potential”.

Modernisation is “a key strategic priority” for Minerals Council South Africa, and it aims to create an enabling environment for industry- wide change. Intensifying activities on this front is a priority for the council.

South African mining companies and other industries are acutely aware of the need to ensure social inclusion and acceptance because without social buy-in, very little can succeed, says Baxter.

“For us, modernisation is not simply about mechanisation and replacing people with machines. Modernisation has people at the centre of it and is not something that happens at some future time – it is already happening.”

Modernisation is aimed at improving the safety of deep-level operations and facilitating the quest for zero harm in the broader mining industry.

“Mining is still largely a labour- intensive process. However, the mining industry uses a range of technologies to reduce and prevent incidents associated with health and safety,” Baxter tells Mining Weekly.

Further, the central solution to the curbing of accidents in underground and deep-level mines is, as far as possible, the removal of miners from working-face dangers and in-stope health hazards. Where that is not possible, technology is used to protect employees.

“When examining how mining operations can be modernised in South Africa, we need to look at a combination of people, processes and technology. Trying to introduce a piece of technology without considering the employee who uses it is likely to fail. This is why people-centred modernisation is at the heart of our approach,” he enthuses.

The Minerals Council modernisation programmes and projects aim to address the wellbeing of employees, whether directly in their place of work or indirectly through behavioural changes, with an ongoing quest to develop better and safer working methods through technology.

Moreover, through modernisation, the mining industry strives to address some of South Africa’s technological and societal challenges while building world- leading competencies in niche areas.

It is intended to instil, among other things, improved competitiveness, efficiency and investment attractiveness, which, in turn, encourages economic growth, employment, exports, improved tax contributions and the continued and more responsible use of South Africa’s mineral resources.

Baxter comments that the Minerals Council’s modernisation programmes are centred on a philosophy of “learning by doing” and aim to tackle some of the sector’s most concerning issues.

“These include improvements in the health and safety of miners, retaining and creating jobs, preventing the premature closure of mines, and providing essential commodities for the world in a way that is economically viable,” he concludes.

With all the other multipliers, it is probably double that percentage, says Minerals Council CEO Roger Baxter, who points out that the latest GDP figures indicate that mining is one of only three sectors that showed “marginal growth” in 2019, which he attributes to “price improvements in some commodities”.

However, in real terms, there has been a contraction in mining’s contribution to the economy, with production having decreased by 1.4%, owing to State-owned power utility Eskom’s load curtailment on the industry.

“Eskom’s near monopoly on South Africa’s electricity supply has taken a huge toll on the economy. Our data shows that the usual close relationship between commodity price increases and production growth has slowed down remarkably,” notes Baxter.

Minerals Council South Africa believes that there are several areas – with the electricity crisis being the most prominent ­– requiring urgent attention if the mining industry, and the South African economy, is to survive the current downturn.

“While the Minister of Mineral Resources and Energy Gwede Mantashe and the Minister of Finance Tito Mboweni have committed to measures being put in place to address power shortages, what we need to see is action. This includes the acceleration of the necessary regulatory adjustments required to allow for increased private power generation, particularly that for self-use.”

He emphasises that self-generation will plug a hole in short-term supply deficits by reducing demand pressures and raising overall supply.