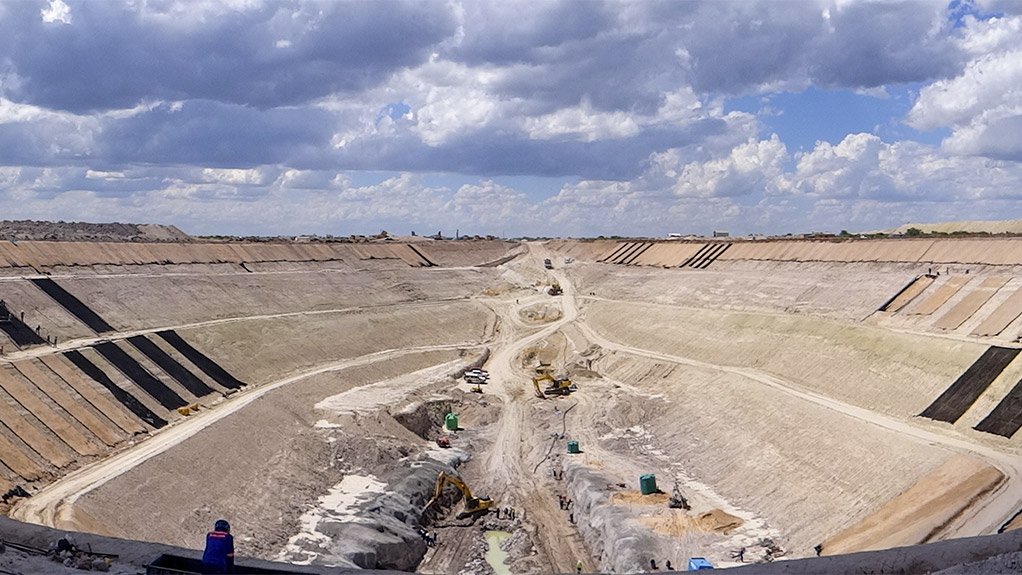 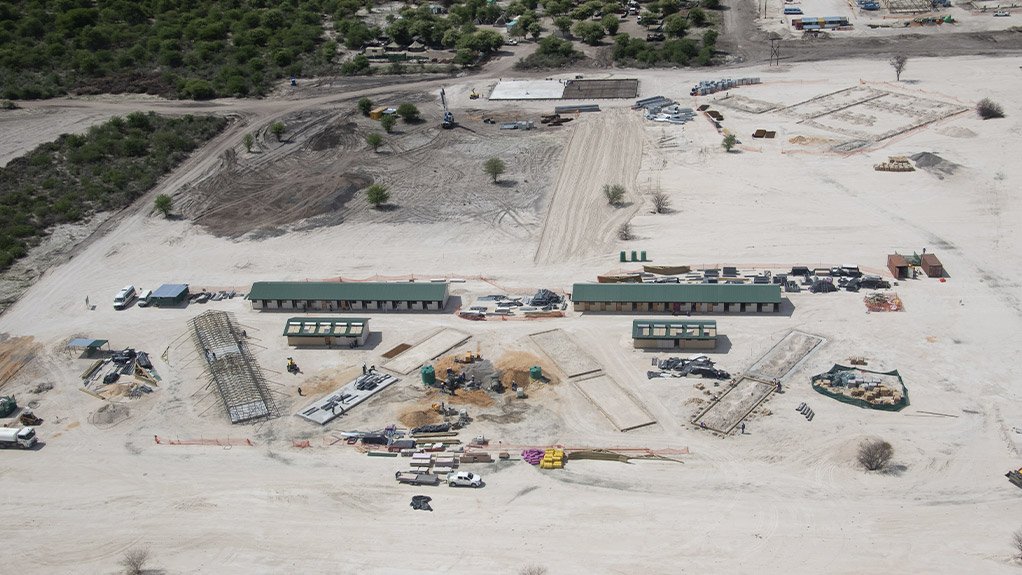 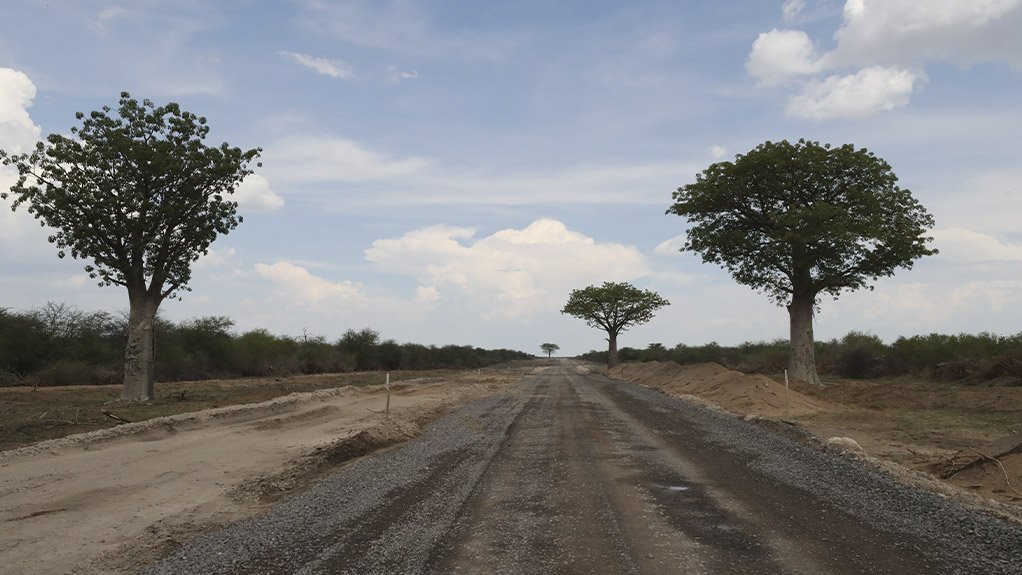 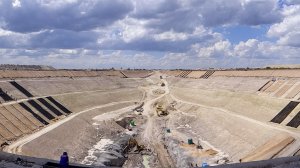 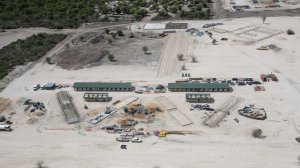 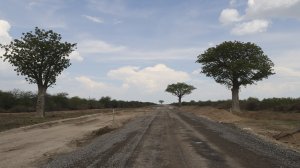 THE HOLE PICTURE The boxcuts are near completion, with decline development progressing well
AS BELOW SO ABOVE Surface construction, including on-site offices, change house, a large heavy mining equipment workshop and other infrastructure, is under way.
THE ROAD TO COMPLETION An access road has been built between the Zone 5 mining site and the Boseto processing plant

More than 1 600 people on site are carrying out construction work, including boxcuts for underground access and the completion of a 40 km water pipeline, 35 km access road, terraces for surface infrastructure, a 50 km transmission line and two substations for grid power supply.

In July, project owner Khoemacau Copper Mining announced that it had raised $650- million, thereby finalising the funding package for the construction of the project. About $397-million was directly allocated to construction.

Khoemacau Copper Mining CEO Johan Ferreira says the first priority is to achieve safe, reliable and profitable production from the Starter Project, which involves the fully mechanised underground mining of sulphide ores at Zone 5 at about 3.65-million tonnes a year.

In December, the three large boxcuts were nearing a final depth of about 52 m each; they will become three mining corridors.

The ore will initially be transported by a truck ore haulage system. The mine design is based on a longhole, open-stoping mining method. The first section of the mine will use pillar and no fill medium and then, as the depth increases, a fill medium will be introduced to improve overall recovery.

Ferreira says that, owing to the depth of the known mineral resource, trucking was deemed the most practical and cost-effective option.

The decline profile has been designed to be 6 m × 6 m to cater to large haul trucks and ventilation requirements.

The Starter Project phase will result in the upgrading of an existing processing facility at Boseto where crushing, milling and flotation to produce a high-grade copper/silver concentrate will occur.

He expects the processing plant upgrade will be completed by December this year, with commissioning beginning in the first quarter of 2021.

“By the second quarter of 2021, we should be able to ship the first concentrate,” Ferreira says.

The Starter Project should produce a yearly average production of 62 000 t of copper and 1.9-million ounces of silver for about 20 years.

Ferreira, who will attend the Investing in African Mining Indaba, is confident about the operation’s long-term plans, as he expects an uptick in commodity prices over the next two years.