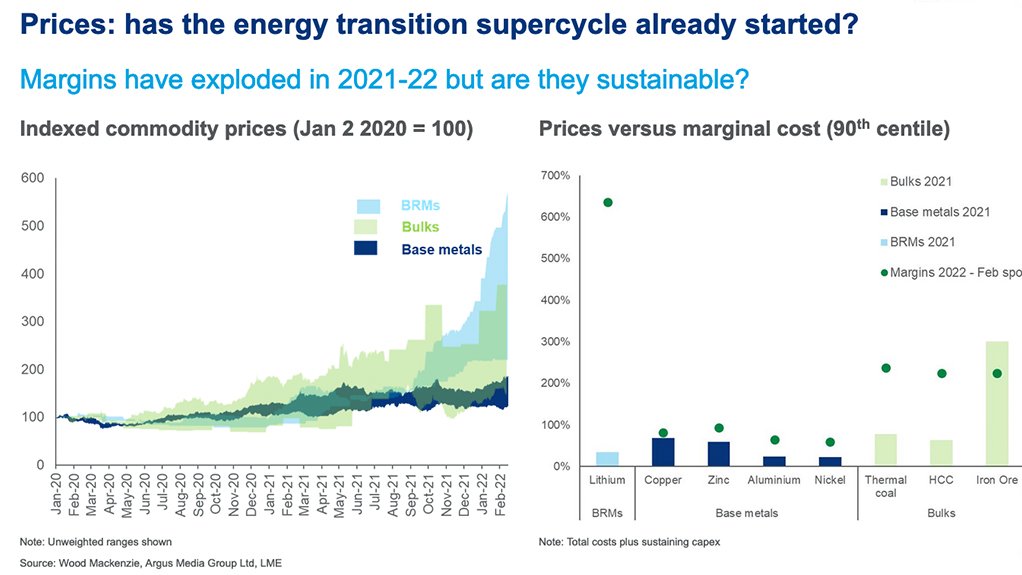 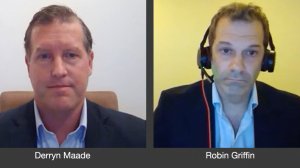 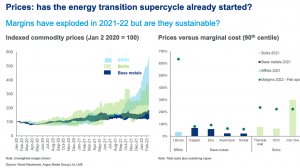 JOHANNESBURG (miningweekly.com) – As pressure mounts for the world to align meaningfully with the 1.5 °C global temperature rise scenario, decarbonisation is standing out as a key driver of metals and mining value.

“This presents a fascinating dynamic to sector players, and we expect capital allocation will shift further to take advantage of a much anticipated super cycle in green energy materials,” said Maade who described the rising demand trend facing metals and mining as being unstoppable as pressure mounts for the world to align meaningfully with the 1.5 °C global temperature rise scenario. (Also watch attached Creamer Media video.)

“When we look at where prices are today there are very unique circumstances that are playing a role on top of undoubtedly the energy transition premium that is being paid. There are things like pent-up demand from the pandemic, which hugely stimulated the economy.

“A lot of restocking, some hoarding and particularly supply chain issues, which have lingered even whilst the economic recovery has taken hold, and that has really super-charged pricing, and is a very important part of why we are seeing prices where they are.

“So, super cycle, yes – but not quite. When you look beyond 2023, at 2030, for instance, those sort of structural demand issues relating to the energy transition really start to have an effect,” said Griffin.

“Apart from iron-ore and thermal coal, there are very positive demand outlooks across the metals and mining space. Across base metals, battery materials, rare earths, there is universal growth. In absolute volume terms, it is much smaller than the kind of changes that we might expect to see in bulks.

“But when you look at it in terms of the size of the market, which is more important from an investment perspective, the changes are really quite exciting. The types of growth that we’re going to see to 2030 is 15% for lead/zinc, and 20% for aluminium, just below 40% for nickel, 17% to 18% for rare earths and graphite and a tripling of the lithium market,” Griffin outlined.

“That kind of growth, we think, is going to create some major challenges for miners. Certainly, we don’t think there are enough committed projects in the pipeline to meet the demand,” he added.

“So, really quite significant. It doesn’t mean that this supply gap will exist in 2030. What we’re saying is that investment needs to ramp up, and we’re looking at about $200-billion of additional investment that would get us to where we need to be.

“Reticence is understandable from an investment perspective. These markets are very volatile, they’re uncertain, and so we can understand that certain miners may not wish to dive in with both feet, but something has to change because we’re in 2022 and 2030 is really just around the corner, particularly when it takes typically ten years to bring on new greenfields suppliers – and, of course, I’m talking about the base case,” Griffin said.