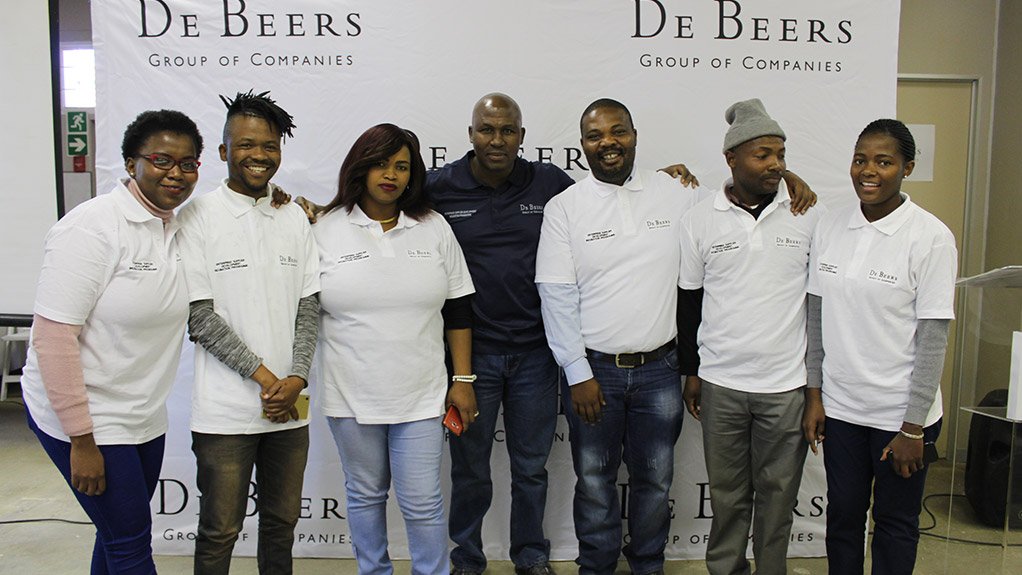 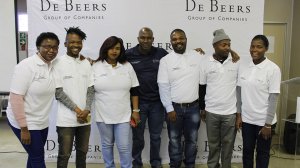 JOHANNESBURG (miningweekly.com) – Diamond miner De Beers’ Voorspoed mine on Friday officially unveiled its Incubation Support Programme for small, medium-sized and microenterprises (SMMEs) at the miner’s Zimele business hub in Kroonstad, in the Free State. The programme is aimed at helping budding entrepreneurs.

Thirty-five people from the host and labour-sending areas of Voorspoed mine were identified for the programme, run on behalf of the mine by specialist mentoring and training company TrioPlus.

The incubation programme kicked off with a four-day workshop targeting people with promising business ideas. Classroom training will run on a biweekly basis for three months, supported by one-on-one sessions with entrepreneurs. Successful candidates will then be enrolled into a three-month mentoring and hand-holding programme, with the emphasis on implementation of the learned outcomes.

Through the De Beers Zimele initiative, Voorspoed mine has committed to provide developmental funding, training and mentoring support across a broad spectrum of businesses and industries. Since its inception in 2011, the Zimele hub has supported 262 enterprises, leading to the creation of 3 054 jobs to date.

Speaking at the launch of the programme, De Beers supply development lead Lesiba Lamola elaborated that the vision of Zimele was to make a positive and lasting impact.

“These SMMEs will possess the skills set to create sustainable businesses and, in turn, employ individuals from their community, [thus having] a noticeable effect on unemployment.

“Whether it is running a construction business, an agriprocessing venture or a shop at the corner of the street, many South Africans, particularly young people, are choosing to start their own businesses in an effort to combat the socioeconomic challenges they face,” he said.

Lamola noted that the SMME sector had great potential to contribute towards economic growth and job creation. He added that De Beers would “spare no efforts” in rolling out both its enterprise and supplier development programmes for the benefit of local communities.

In his opening speech at the event, Voorspoed GM Malcom Hendrickse noted that the mentorship and incubation programmes launched by the mine marked a paradigm shift from the ‘business as usual’ of yesteryear.

“Moving forward, the Zimele hub will not simply engage with its clients on the basis of transactions and distribution of money in the form of low-interest loans,” he stated.

Hendrickse asserted that, henceforth, Voorspoed would ensure that it identified the entrepreneurs with passion for their business. It would support them to ensure that they could face challenges in the industry with the right kind of business acumen and confidence.

He said that, based on the stage the mine found itself in, with its life-of-mine winding up in the next three years, Voorspoed intended to forge “mutually beneficial” partnerships with key stakeholders in the SMME space.

“Part of our strategy is to ensure that our SMMEs diversify their business offerings and become less dependent on the mine. It is against this background that, as part of our socioeconomic development plan, a market study and prefeasibility were conducted in the broader Moqhaka municipality and Free State region to identify high potential business opportunities that could create alternative sustainable employment.

“We urge our SMMEs to make use of this information to contribute towards their own sustainability beyond the life of the Voorspoed,” concluded Hendrickse.