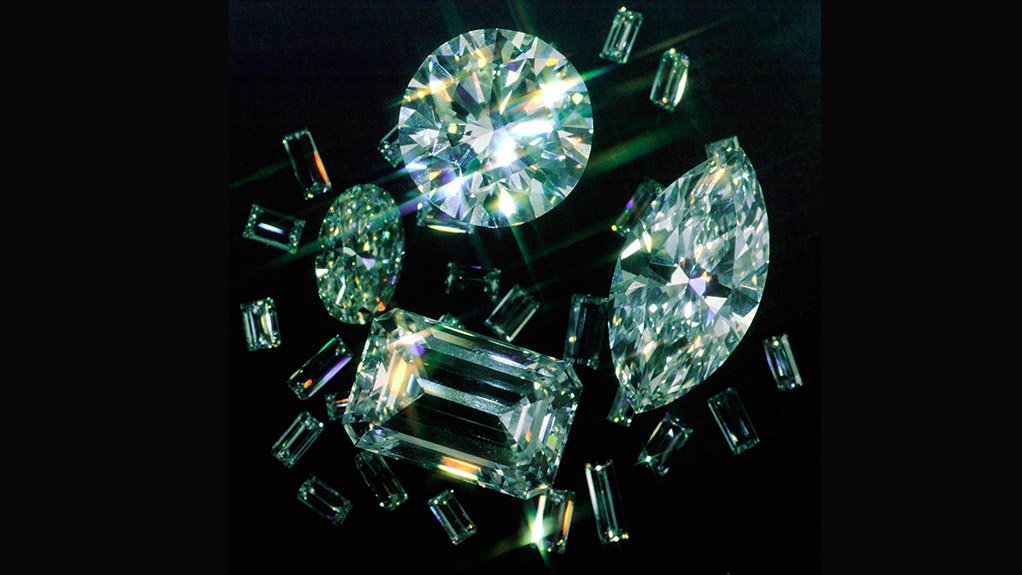 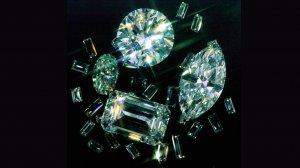 A 30% increase in revenue to $6.1-billion was driven by stronger rough diamond demand, which led to reduced inventory levels, thereby reflecting improved trading conditions compared with those experienced in the second half of 2015.

Rough diamond sales increased by 37% year-on-year to $5.6-billion, as a result of a 50% increase in consolidated sales volumes to 30-million carats from 19.9-million carats in 2015.

This was partly offset by a 10% decrease in the average realised rough diamond price to $187/ct from $207/ct in 2015, which reflected in the 13% lower average rough price index, which was, however, offset to “some extent” by an improved sales mix.

De Beers on Tuesday said its results for the 2016 financial year also benefited from cost-saving programmes, portfolio changes and the impact of favourable exchange rates. Unit costs decreased by 19% year-on-year from $83/ct to $67/ct.

MINING AND MANUFACTURING
Rough diamond production had decreased by 5% to 27.3-million carats from 28.7-million carats in 2015, which De Beers said reflected the decision it had taken in 2015 to reduce production in response to prevailing trading conditions.

Debswana mine maintained production near 2015 levels, at 20.5-million carats, while the Jwaneng mine increased production by 23% year-on-year owing to the higher tonnages treated. This was largely offset by Orapa mine, where production was 20% lower year-on-year. Debswana, Jwaneng and Orapa are all located in Botswana.

“By year-end, 85% of the 500-million tons of waste stripping required to expose the ore had been mined at Jwaneng Cut-8. The first Cut-8 ore to the processing plant remains scheduled for the first half of this year with Cut-8 to become the main source of ore from 2018.

Damtshaa (a satellite operation of Orapa) was placed under temporary care and maintenance from January 1, 2016, De Beers noted.

In Namibia, the group’s 50%-owned Namdeb subsidiary recorded an 11% year-on-year decrease in production to 1.6-million carats owing to lower output by Debmarine Namibia as a result of the Mafuta vessel undergoing extended planned in-port maintenance, as well as owing to lower grades at Namdeb’s land operations.

Nonetheless, Debmarine Namibia’s new sampling vessel, the SS Nujoma, was completed three months ahead of schedule and within budget and sea trials commenced in November 2016. The vessel is expected to become operational during 2017.

In South Africa, production declined by 9% year-on-year to 4.2-million carats, mainly as a result of the early completion of the sale of Kimberley Mines in January 2016, which was partly offset by an increase of 12% at the Venetia mine owing to the processing of higher grades.

“Construction of the Venetia underground mine continues to progress, with the underground operation expected to become the mine’s principal source of ore from 2023,” stated De Beers.

In Canada, production at De Beers’ mines declined by 45% to one-million carats owing to Snap Lake being placed under care and maintenance in December 2015.

In July 2016, approval was granted to flood the underground workings, which the company said would reduce care and maintenance costs, while preserving the long-term viability of the orebody.

Development of the Gahcho Kué project was completed on schedule, with the ramp-up to commercial production expected during the first quarter of this year.

De Beers commented that owing to continuing depressed markets in key industrial sectors, its industrial diamonds business, Element Six, had experienced a “challenging year”. The company said the reduction in contribution arising from lower sales had been largely offset through a comprehensive cost-reduction programme.

OUTLOOK
De Beers on Tuesday stated that macroeconomic conditions underpinning consumer demand for diamonds remained “broadly stable” in aggregate with the US expected to continue to be the main driver of global growth in 2017.

The company commented that the extent of global growth would, however, be dependent upon a number of macroeconomic factors, including the new administration in the US, the strength of the US dollar impacting consumer demand, economic performance in China, the effects of India’s demonetisation and sentiment following the main US and Chinese New Year retail season.