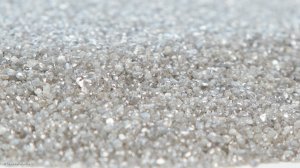 JOHANNESBURG (miningweekly.com) – De Beers has partnered with six other diamond miners to establish the Diamond Producers Association (DPA), which would actively engage with industry and nonindustry organisations to promote the interests of the diamond sector.

The DPA would have a corporate registration in London and it would work towards maintaining and enhancing consumer demand for and confidence in diamonds; provide a reliable source of industry information, including trade and consumer research; act as the unified voice of the diamond producers with industry and nonindustry forums or organisations; communicate the role and contribution of diamond producers to the diamond sector and broader society; and share best practices in health and safety, licence to operate, supply chain integrity and environment management.

It would operate in compliance with all applicable competition or antitrust laws.

The founding members have committed to contributing a budget of at least $6-million a year for the association, which would start operating as soon as an executive director was appointed.

Along with the incorporation of the organisation, and the appointment of an executive director and a focused support team, the DPA’s 2015 activity plan included the commissioning of research as a base to building a targeted activity plan for the next three years.