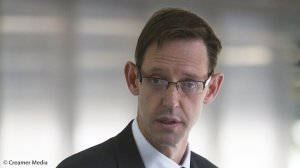 Diversified miner Anglo American reports that its diamond mining subsidiary, the De Beers Group, recorded $467-million worth of provisional rough diamond sales, both through global sightholder sales and auctions, during the eight sales cycle of the year.

The provisional rough diamond sales volume for cycle eight represents the expected sales value for the period from September 21 to October 9 and remains subject to adjustment based on final completed sales.

Actual rough diamond sales during the same cycle in 2019 were valued at $297-million.

Representing sales between August 19 and September 10, the seventh sales cycle accounted for $334-million worth of actual rough diamond sales.

Meanwhile, owing to the restrictions on the movement of people and products in various jurisdictions around the world, De Beers continued to implement a more flexible approach to rough diamond sales during the eighth sales cycle of the year, with the sight event extended beyond its normal week-long duration.

De Beers CEO Bruce Cleaver says the company continued to see a steady improvement in demand for rough diamonds in the eighth sales cycle of the year, with cutters and polishers increasing their purchases as retail orders come through ahead of the key holiday season.

“It’s encouraging to see these demand trends, but these are still early days and there is a long way to go before we can be sure of a sustained recovery in trading conditions.”