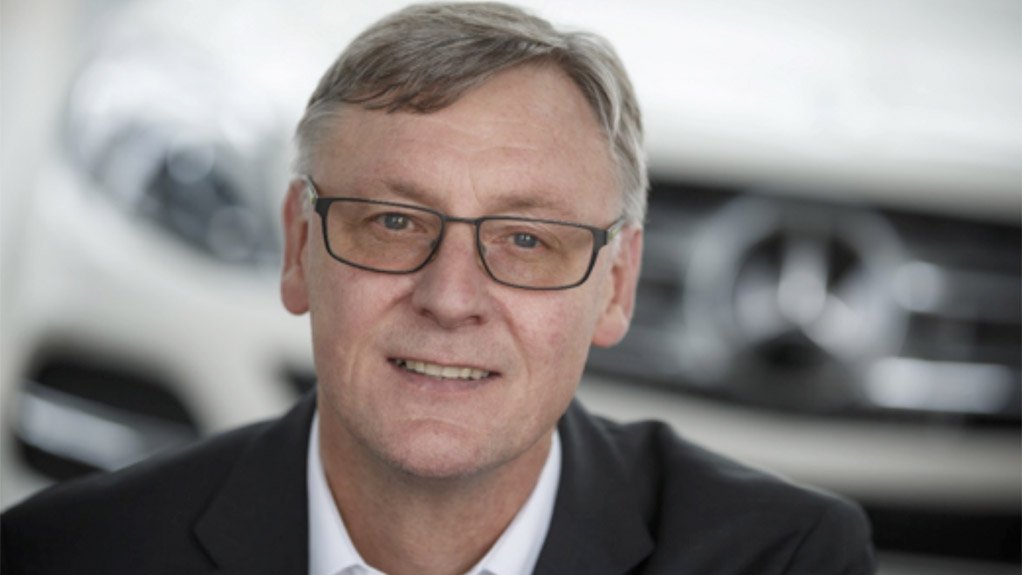 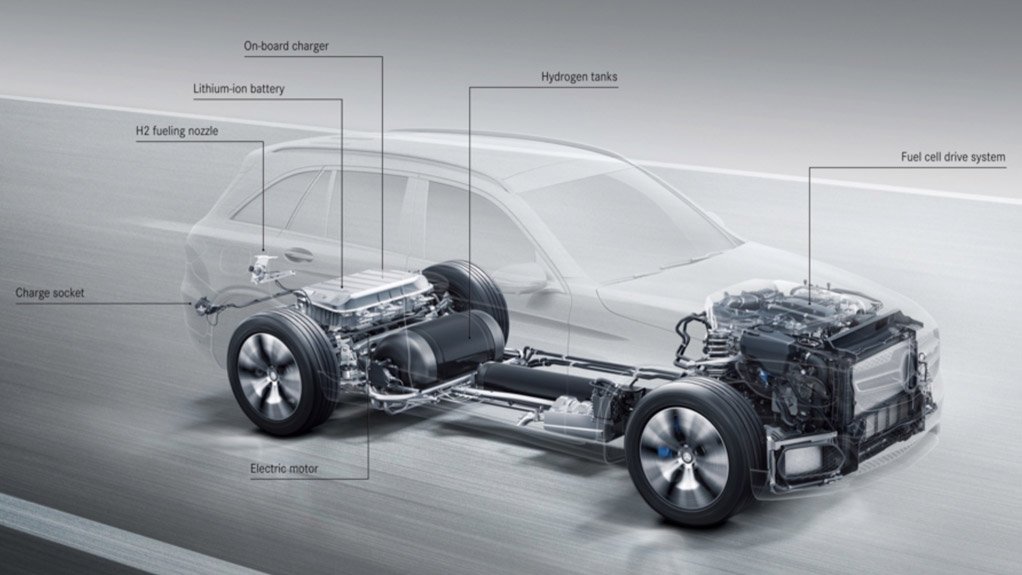 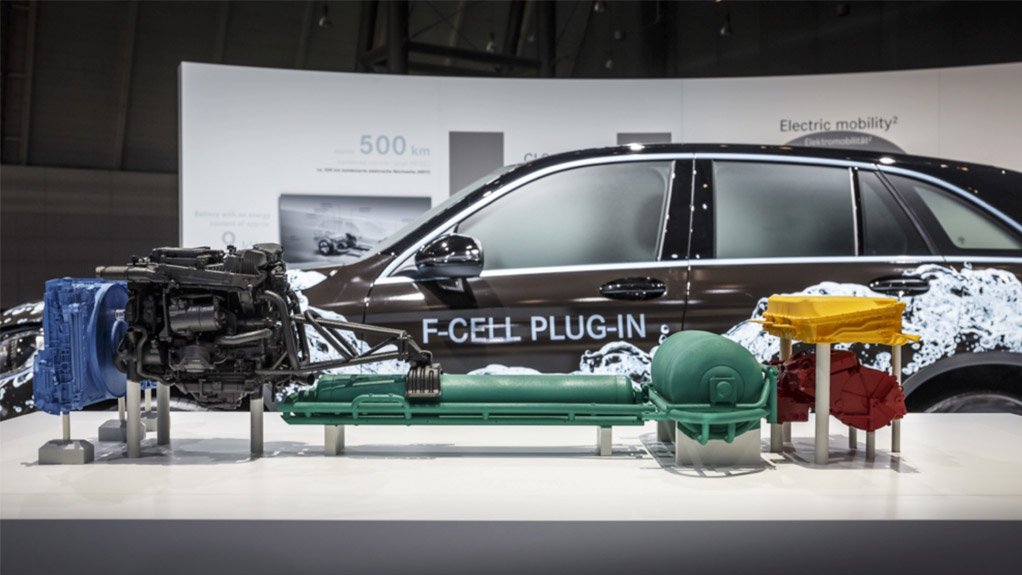 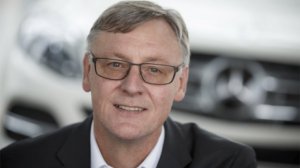 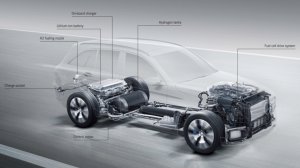 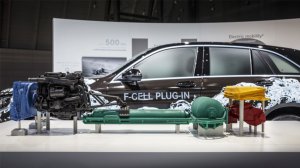 “We reduced the amount of platinum by 90%, which provides a significant cost reduction. Our fuel cell is not much above the platinum loading of a catalytic converter on a conventional car,” Daimler fuel cell director Professor Dr Christian Mohrdieck has told cH2ange, an organisation promoting a global switch to the hydrogen economy to mitigate climate change.

Reducing the platinum loading of catalysts has for long been seen as a necessary step towards increasing the economic viability of fuel cell electric vehicles.

Hydrogen fuel cells are made up of membrane electrode assemblies that together form the fuel cell stack.

Refuelled in three minutes, the soon-to-be-launched Mercedes has a 500 km range, plus exceptional acceleration from an electric drivetrain that provides instantaneous torque, even at zero rotation per minute.

The car’s manganese-using 9 kWh lithium battery, which provides the car with additional 50 km range, has an onboard charger for recharging at any socket, which allows for the progressive build-up of hydrogen infrastructure. The latest edition of Fortune magazine lists lists South Africa and Australia as the sole suppliers of 100% of the manganese brought into the US for use in lithium-ion batteries.

Mercedes' platinum-catalysed fuel cell electric vehicle is earmarked for initial sale in Germany, California and Japan, where hydrogen infrastructure is being progressively provided.

The only emission while driving is water and the goal is to produce hydrogen from wind and solar energy, which will mean that hydrogen will be produced with zero carbon emission.

The plans of the mayors of the world’s biggest cities to tackle urban air pollution head-on are a major boost for fuel cells and the platinum that catalyses them.

The tackling of city air pollution gathered momentum in March when Paris mayor Anne Hidalgo, who is the C40 chairperson, and London mayor Sadiq Khan, vowed to get rid of dirty urban air that is a serious health hazard.

Their action prompted a response from World Platinum Investment Council (WPIC) CE Paul Wilson, who expressed the WPIC’s keenness to contribute to the initiative by way of fact-rooted dialogue and focussed proactivity.

In a comprehensive address to the Investing in African Mining Indaba earlier this year, Ivanhoe Mines executive chairperson Robert Friedland flashed on to a big screen graphics of platinum-catalysed fuel cell vehicles that end the era of tiny particles in the air of major urban cities entering the lungs, getting into the blood stream and going permanently beyond the blood brain barrier.

In January, the World Economic Forum in Davos declared hydrogen to be the clean fuel that can take the planet into a no-carbon future, on the back of technology breakthroughs that include liquefied hydrogen now being safely transportable in much the same way as oil.

The 13 companies involved included platinum-producing group Anglo American, which acted in concert with Air Liquide, Alstom, BMW Group, Daimler, Engie, Honda, Hyundai, Kawasaki, Royal Dutch Shell, Linde, Total and Toyota and wanted by them is an exponential acceleration of the €1.4-billion yearly investment already under way to attain the Paris Agreement’s target of reducing temperatures to 2 °C below pre-industrial levels.

Governments the world over have been urged to support large-scale investment in hydrogen infrastructure so that platinum-catalysed fuel cells can provide clean, noiseless, low-maintenance and competitive electricity in mobile and stationary applications across the industrial, commercial and residential spectrum.

“Our call to world leaders is to commit to hydrogen so that together we can meet our shared climate ambitions and give further traction to the emerging hydrogen ecosystem,” Air Liquide CEO Benoît Potier urged at the World Economic Forum.

In converting chemical energy from a fuel into electricity through a reaction of positively charged hydrogen ions with oxygen, fuel cells are already powering forklifts at Impala Platinum’s refinery in Springs, where they are acclaimed as emission-free and noiseless performers.

Their success has been so marked that steps are now being taken to develop fuel cell load haul dumpers for use in underground mines.