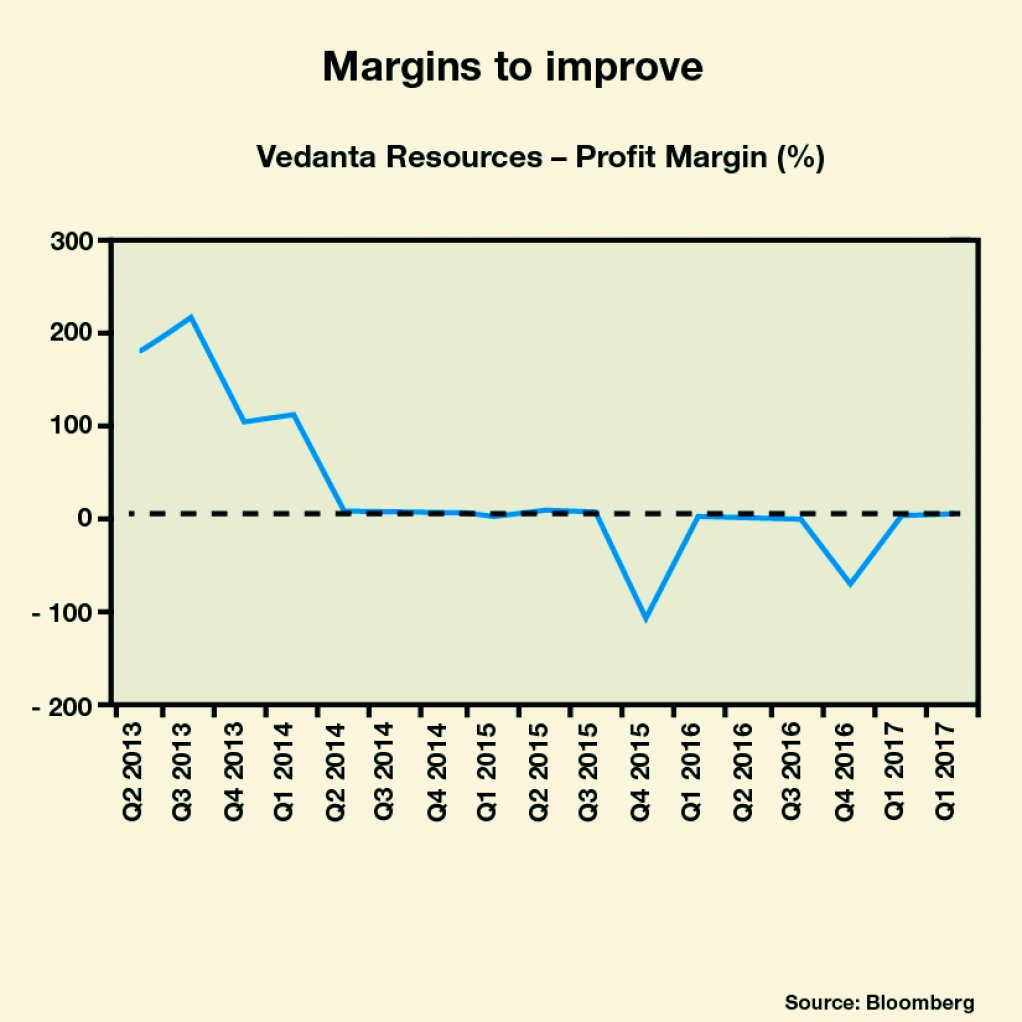 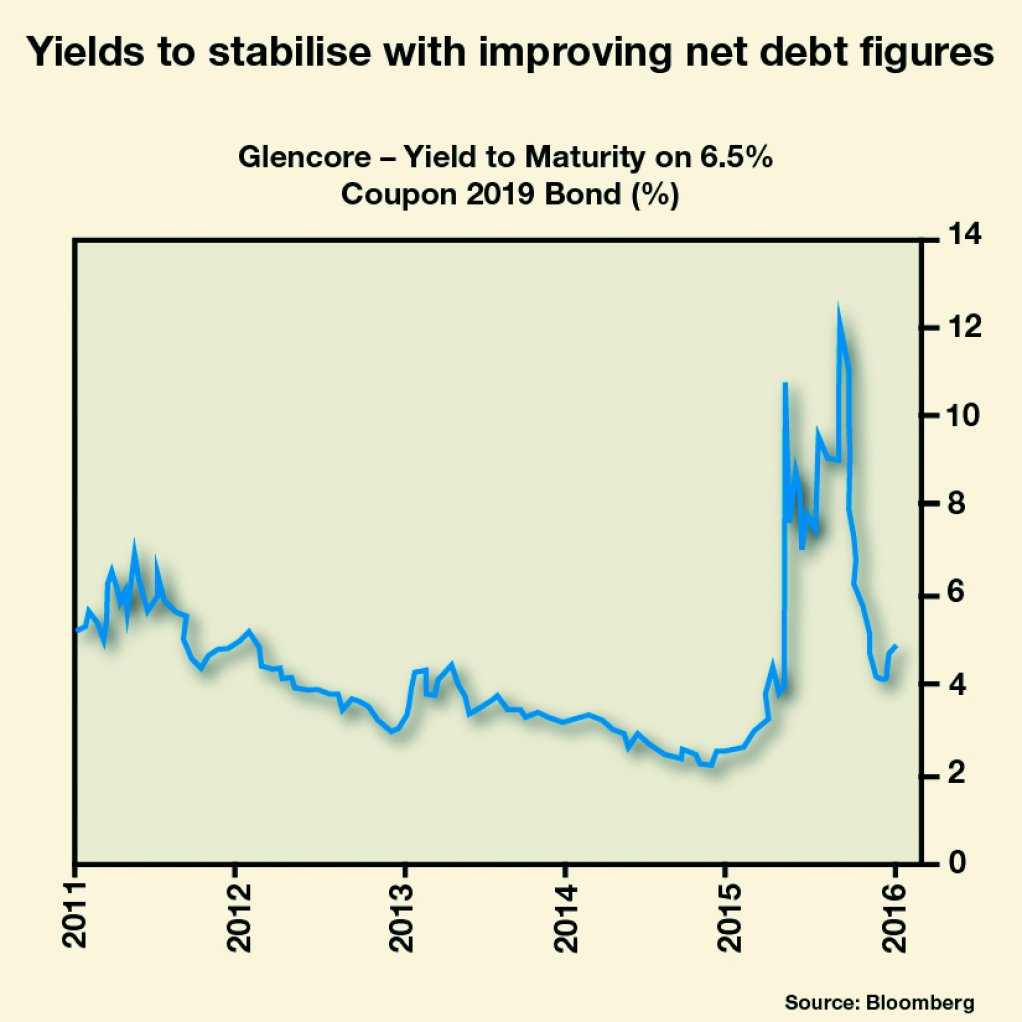 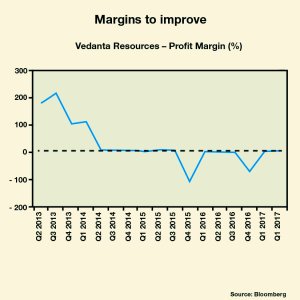 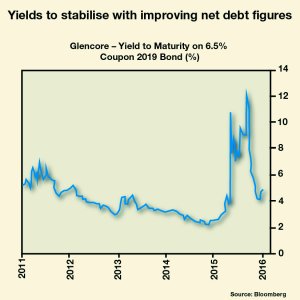 Photo by Bloomberg
MARGINS TO IMPROVE To increase growth and production, Vedanta Resources is actively cutting down on debt
Photo by Bloomberg
IMPROVING DEBT FIGURES Glencore significantly reduced its debt in 2016

A strong interest in the Zambian Copperbelt region, owing to international copper demand and high-quality copper, has prompted two influential mining companies, Vedanta Resources and Glencore, to continue investing heavily in the region in 2017, according to Fitch-affiliated BMI Research’s latest ‘Zambia Mining Report’.

Published in February, it outlines BMI’s projection for Vedanta and Glencore through analysing strengths, weaknesses, opportunities, threats and statistical data.

“Our Zambian operation, Konkola Copper Mines (KCM), is one of Africa’s largest integrated copper producers. KCM has mines at Konkola, Nchanga and Nampundwe,” notes Vedanta. The report states that Africa-focused Vedanta plans to double the copper output by KCM from 200 000 t/y to 400 000 t/y. More than $3-billion has been invested in KCM on mine expansions and upgrades. Vedanta has invested $1-billion and aims to push its production level from 950 m to 1 100 m below surface level. The investment is expected to create 7 000 jobs.

BMI predicts that the company will continue to make progress in reducing debt and increasing cash flow as commodity prices begin to improve through lowering operating costs and tapping cash-rich subsidies.

Vedanta’s strengths include its diversified portfolio, low-cost assets and mines with longevity. The world’s largest integrated zinc and lead producer, the company’s copper mine investments in Zambia have proved fruitful, hosting high-grade copper deposits and presenting potential for future development. Zambia, along with Namibia, is said to have one of the best business environments in Africa, notes BMI.

Weaknesses outlined in the report comprise expansion plan difficulties in India, where Vedanta is experiencing high growth, but is being blocked by the Indian government over environmental concerns in its attempts to extract bauxite in Odisha state. Social unrest in India against mining projects also hamper Vedanta’s operations, with the risk of protests turning violent, while illegal mining has also hindered mining operations in the country.

The company is also facing weak prices for industrial metals, including iron-ore and aluminium, which are forecast to continue until 2021, owing to a “deeper-than-expected economic slowdown in China”.

Although these weaknesses do not involve the company’s investment in Africa, Vedanta’s financial results indicate a 7.1% decline in group revenue, with a 5.3% increase in earnings before interest, taxes, depreciation and amortisation to $696-million.

Vedanta is said to prioritise increased production growth and efficiency over the coming quarters by further expanding its existing portfolio, and consolidating and protecting licences to secure operations over the coming years. Vedanta is expected to use cash-rich subsidiaries, through intercompany loans, to decrease its $8.9-billion debt.

Positively, opportunities on the Zambian Copperbelt are abundant, says BMI, pointing out that copper prices are forecast to strengthen as demand grows and supply decreases. “We forecast prices to average $5 150/t over 2017, an increase of 5.7% over 2016.” Vedanta’s investment in markets experiencing high growth, notably India and South Africa, are also solidifying the company’s place in a diverse international resource market.

It is expanding its underground Mopani mine, in Zambia, and has invested $1-billion to add three new shafts to return the mine to its full capacity of 110 000 t/y. The expansion is also set to extend the life of the mine by 25 years, according to BMI.

The report underlines Glencore’s strengths as its vertically integrated business model, as it enables the firm complete control over the commodities value chain. Glencore has more than 8 000 suppliers worldwide through which it gains insight into changing demand and supply dynamics in the mining industry. Glencore’s diversified operations, adds BMI, also reduce the volatility of its portfolio. Therefore, a decline in one resource could be offset by an uptick in another.

Slow Chinese economic growth, however, could contribute negatively to industrial metal prices over the next few years. The LME clamp-down on the metals warehousing industry is also projected to negatively affect profits of the company, which has seen planned suspensions and reductions in mining activity in Africa result in a 4% year-on-year decline in copper production.

BMI states that Glencore’s opportunities include the company’s aggressive debt- reduction plan, which, has succeeded in reducing its debt from $30-billion to between $16.5-billion and $17.5-billion by the end of 2016. Glencore’s profitability should improve further in the coming years on the back of the predicted lift in commodity prices.

Factors threatening to mute its profits and production involve the rise of State-owned trading houses such as State Oil Company of Azerbaijan Republic, which will compete with Glencore’s trading arm. Another threat is impending resource nationalism in Zambia and increased social opposition to mining projects worldwide, which could affect operations and the development of new projects.