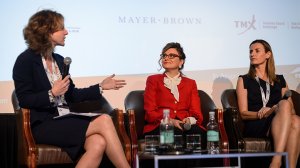 INCREASED REPRESENTATION The Investing in LatAm Mining Cumbre will boast 25% female representation, in terms of speakers and advisory board members, this year

The focus of this year’s Investing in LatAm Mining Cumbre, one of the world’s largest mining investment conferences run by the same team behind the Investing in African Mining Indaba, is to drive increased investment and collaboration in Latin American mining, says content developer and presentation coordinator Mining Indaba content director Harry Chapman.

The event, which is in its second year, will be hosted by Mining Indaba from July 10 to 11 in Santiago, Chile.

Chapman notes that attendees will see a more senior speaker line-up this year, which will include CEOs from large companies, such as Chilean miner SQM CEO Patricio de Solminihac.

Further, he says that the organisation has worked hard to make the agenda of the event more diverse and highlights that the event will boast 25% female representation, in terms of speakers and advisory board members, this year compared with 15% last year.

Moreover, Mining Cumbre looks forward to the keynote fireside chat, which will focus on how companies can collaborate closely with investors and governments over the next decade to drive investment, exploration and development.

Chapman comments that Mining Cumbre is expecting a good attendance from investors, though he cannot disclose the numbers until after the event. Notable investors that will attend include venture capital firm CD Capital and asset management company Hawkes Point. There were 55 buy-side investors in attendance last year.

Investors and mining companies will have the opportunity to interact with mining ministers from Chile, Peru and Bolivia, as well as mining vice ministers from Ecuador and Argentina.

The Mining Cumbre team is looking to grow the event over the coming years and may explore moving it to other countries in South America as the event expands, Chapman concludes.