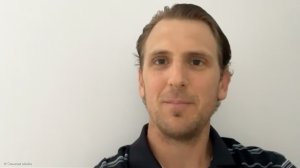 Despite being a global pandemic with hugely negative health consequences, Covid-19 is an important catalyst for the takeoff of the hydrogen economy, in which platinum plays a fundamental role.

AP Ventures is a venture capital fund that invests in early-stage companies with potential to have a meaningful impact in the much-need transition to green energy. Its cornerstone investors are Anglo American Platinum and Africa’s largest fund manager, the Public Investment Corporation of South Africa. Other investors include Mitsubishi Corporation, of Japan, and the SPARX Mirai Fund, which includes Toyota Motor Corporation and Sumitomo Mitsui Banking Corporation.

Engineering News & Mining Weekly’s interview with AP Ventures’ Eggers on Zoom took place against the background of Germany last month specifically including hydrogen in its economic recovery plans and other countries increasingly doing the same as part of their stimulus spending plans.

Platinum plays a fundamental role as a catalyst in proton exchange membrane (PEM) fuel cell technology, which turns hydrogen into electricity and also in the electrolysers that can turn seawater into hydrogen.

This could take place as the world witnesses an increasing number of examples of hydrogen fuel cells providing the electricity in heavy-duty applications such as the driving of trucks, trains, buses and ships and in return-to-base fleets, which is beginning with some taxi fleets, but particularly with larger vehicle fleets.

What Eggers likes about the current hydrogen revolution is the broadness of its base, contrasting with the 2000s, when discussion centred on particularly fuel cell electric vehicles (FCEVs).

Now, hydrogen is presenting the opportunity to decarbonise energy in general, which includes FCEVs, but also reaches out to the use of hydrogen to reduce greenhouse-gas (GHG) emissions across many industrial activities, such as the production of steel and in manufacturing, rather than purely in FCEVs.

On battery electric vehicles (BEVs) continuing to grab most of the headlines in the passenger vehicle space, one has to take into account that BEVs are easier to build than FCEVs and, although FCEVs have far superior range and much faster refuelling times, they remain complex to get right at this stage, and refuelling infrastructure is still at a premium, which is resulting in slower penetration of the car market.

The Role of Platinum

For example, the PEM fuel cells, which use platinum catalysts, are the fuel cells of choice in road transport applications. These modular fuel cells can be stacked in series to create higher power output, emit zero GHGs and enjoy the high energy density that hydrogen provides. In addition, platinum plays a role in the electrolysers that produce hydrogen from water.

“There’s very little else that can really replace platinum in the short term. Clearly, there will be some thrifting. I think where platinum faces some challenge, though, is against the competing technology – for example, on the electrolysis side from the alkaline electrolysers, and then on the fuel cell side from the solid oxide fuel cells.

“Each of those have their benefits, but I think where PEM fuel cells will face some challenge will not be about the use of platinum but the fact that PEM is the technology of choice,” Eggers says.

PEM does offer significant demand response benefits with its fast on-off capability, which is clearly the only viable alternative on a powertrain on a vehicle. Similarly, it offers benefits on the electrolysis side in the production of hydrogen, particularly against the backdrop of variable demand coming from wind sources.

Taking the technology down the cost curve is seen as being very important, because cost will be an important factor when embedding it in society and more generally across the hydrogen value chain.

There are already examples of companies opting for alkaline electrolysers rather than PEM electrolysers on the grounds of cost. “So, we really do need to see some strides there and we’re excitedly looking at some technologies that will hopefully move PEM technology down the cost curve. That’s quite exciting to see and I think it’s still got quite a long way to run,” Eggers adds.