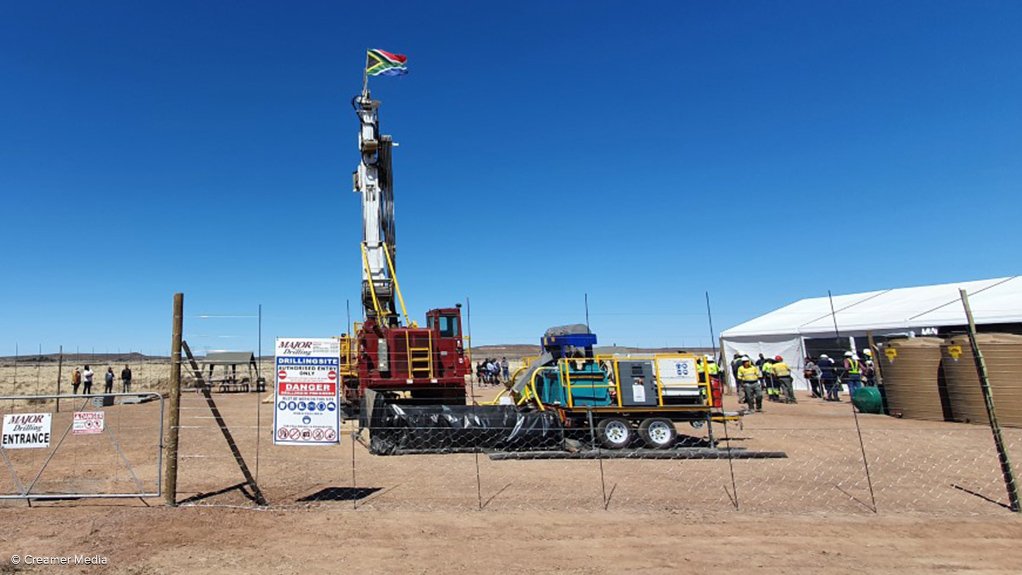 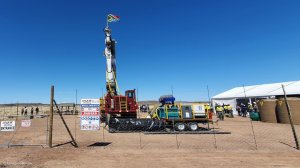 The Council for Geoscience (CGS) on September 21 launched Phase 2 of the Karoo Deep Drilling and Geo-environmental Base Programme (KDD), in Beaufort West.

The council, as mandated by the Department of Minerals and Energy, in 2016 initiated the research programme to investigate the resource potential of the Karoo basin, which is anticipated to have between 30-trillion and 500-trillion cubic feet (tcf) of shale gas, and possibly uranium, methane or coal resources, according to the Petroleum Agency of South Africa.

The United States Energy Information Administration in 2013 estimated that South Africa has the eighth-largest shale gas reserve in the world, at about 390 tcf of technically recoverable shale gas.

The KDD programme is also targeted at identifying the potential environmental impacts that could arise from shale gas development in the Karoo.

The KDD will provide scientific evidence to inform policy development and regulatory frameworks on shale gas exploration and extraction, which CGS CEO Mosa Mabuza says can be a significant addition to South Africa’s energy mix and the economy as a whole.

Shale gas is a natural gas consisting primarily of methane and about 20% higher hydrocarbons, such as ethane.

Therefore, the KDD serves as a baseline study for future shale gas research work and plays a vital role in the review of petroleum regulations.

The council had contracted Major Drilling to undertake drilling for a 3.5-km-deep vertical stratigraphic core borehole over the next 10 to 12 months. This borehole is aimed at intersecting the formation earmarked to have the highest potential for shale gas.

CGS also aims for the drilling to intersect deep brackish groundwater to understand its location and advise how it can be managed to avoid contamination with fresh water during further exploration and exploitation activities.

During Phase 1 of the KDD, CGS consulted with local communities, the Beaufort West municipality and other interested parties, and have since been given the “thumbs up” to proceed with the programme.

Environmental consultants were part of the CGS’s stakeholder engagement process and had given the green light for the council to proceed with Phase 2 of the programme.

The initial drilling stages of the project had already proven beneficial to the Beaufort West communities, with CGS having discovered five 169-m-deep shallow observation wells in November 2017 – two of which have the capacity to yield good quality groundwater of up to 33-million litres a month.

This discovery coincided with the unprecedented drought that the Western Cape experienced at the time. CGS subsequently donated the two boreholes to the Beaufort West municipality to alleviate the humanitarian crisis.

To date, the municipality had pumped almost 400-million litres of water to the people of Beaufort West.

Phases 3 and 4 of the KDD will involve borehole results analyses and post-drilling monitoring.

GREAT DEBATE
There remains concern about the impact of shale gas exploration and production in South Africa and questions about whether South Africa has sufficient viable shale gas reserves.

Nelson Mandela University Africa Earth Observatory’s Maarten de Wit in the South African Journal of Science in 2011 wrote about his concerns around shale gas discovery and extraction in South Africa.

At the time, he said it was not known with any degree of certainty how much gas may be beneath the Karoo and that, even if there was enough, it was uncertain whether the gas could be tapped without damaging other subsurface resources.

“Conservationists argue that extraction of the gas will leave massive irreparable environmental scars on one of South Africa’s iconic landscapes, while there may well be human health hazards pending from associated chemical pollution."

However, he also acknowledges that gas is generally considered to be a cleaner source of energy than coal. This is especially welcome, given carbon emission targets that South Africa has, in light of climate change.

De Wit stated that shale gas is a bridging fuel toward renewable energy sources and an opportunity to wean the country’s grid off coal. “This approach will require holistic valuations that are yet to be attempted in either of the Karoo camps.”

Professor Bob Scholes of the University of the Witwatersrand’s Global Change Institute says studies by the Academy of Science of South Africa suggest that it is increasingly unlikely that economically and technically viable gas can be found in the Karoo.

In the absence of new exploration and testing up to now, the upper limit of gas in the Central Karoo had been estimated at 20 tcf.

Scholes points out that this is a tiny resource by global standards. In terms of energy content, 20 tcf of gas is about 40 times smaller than the known remaining coal reserves in South Africa.

Conventional gas reserves offshore of Mozambique have been estimated at 75 tcf, he adds.

Nonetheless, even a small viable gas find in South Africa can transform the national energy economy.

Mabuza tells Engineering News & Mining Weekly that even 1 tcf of gas can be economically exploited and benefit the national power grid and the economy. He expressed confidence in the KDD proving the safety and viability of the Karoo’s shale gas resource over the next few years.

*Arnoldi visited one of the drilling sites in Beaufort West as a guest of the CGS.