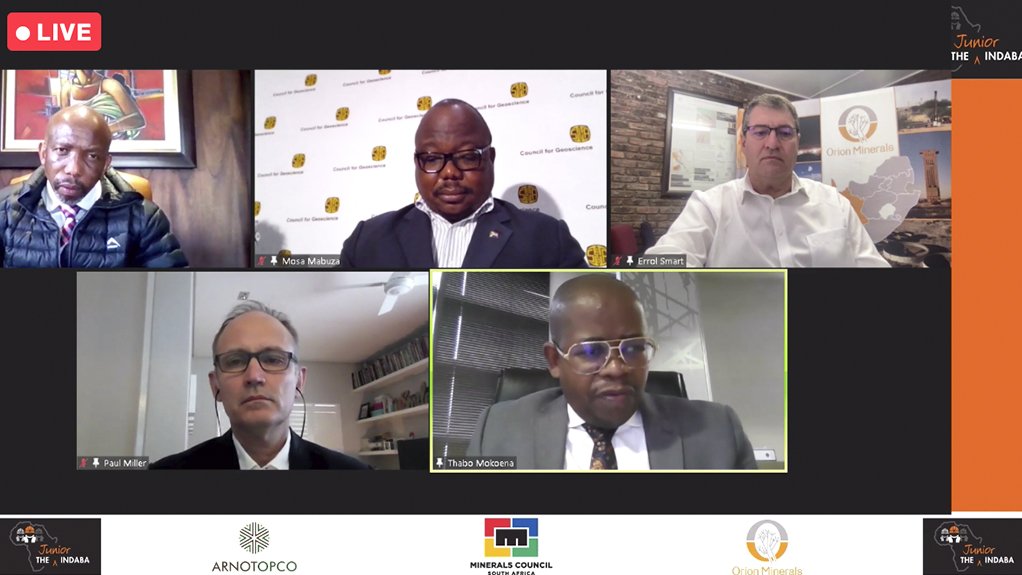 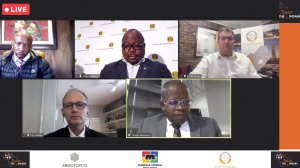 During a panel discussion on the first day of the Junior Indaba, Council for Geoscience CEO Mosa Mabuza invited all to go on to the council’s website to find this data, the bulk of which, he said, was freely available.

“This is a quantum leap that we are taking because we understand the importance of access to geoscience data in order to make informed investment decisions,” said Mabuza.

“We did not stop there. We have gone and developed the regulations that practically can breathe life into the Geoscience Act,” Mabuza added at the Indaba covered by Mining Weekly.

“About four years ago, we realised that the availability of geoscience information is absolutely critical. We’ve been continuing to collect data and have developed a data policy so that we organise ourselves," Mabuza said.

“All that we want to do is to make sure that there is data available and that it is well managed and well-coordinated,” Mabuza said.

On the development and publication of the draft exploration plan for South Africa, Mabuza said in response to ENSafrica COO and moderator Otsile Matlou that the plan had been submitted to the Department of Mineral Resources and Energy (DMRE) to enable it to follow a Parliamentary process.

Mabuza described the memorandum of understanding (MoU) entered into on Monday with Northern Cape copper and zinc developer Orion Minerals as a starting point in the collaboration of the acquisition, sharing and processing of exploration data with junior miners who were helping to bring solutions that had the potential to take South Africa’s exploration forward.

DMRE director-general Advocate Thabo Mokoena said that the department had received input from Minerals Council South Africa on the draft exploration plan, which would be going out for public comment.

It would be considered by the Ministerial economic cluster, go to a Cabinet committee and then the Cabinet for final approval and public consultation.

“It’s a work in progress. Nothing stops us from engaging with those wanting to make contributions,” Mokoena said.

The MoU with Orion would involve collaboration on exploration initiatives in the Northern Cape, with the studies aimed at stimulating greenfield exploration in an under-explored geological terrain, using modern exploration techniques.

Under the terms of the MoU, the two parties would share both data and technical skills on a non-exclusive basis, with other exploration and mining companies in the Northern Cape being free to join the endeavour.

“The sooner we pool the extensive geoscientific skills available in South Africa, and collaborate on gathering and harmonising datasets, the sooner we will make major new discoveries,” said Orion CEO Errol Smart.

The first collaboration with CGS will involve an airborne electromagnetic survey over the Okiep copper district. Orion is preparing to fly a close-spaced survey at 150 m line spacing commencing in June this year to detect massive sulphide bodies; the first survey of its kind in this world-class copper district.

“Let’s join hands as an industry because we’ve got a lot of fantastic explorers in this country. Some data has to be confidential because of its commercial sensitivity. But there is so much we can do by coming together and starting to share ideas.

“We’ve all got to work together as a group of industry professionals now and start finding the solutions. Minerals Council South Africa represents 270 prospectors and I’ve got a mandate from 270 prospecting companies and individuals that have 600 applications.

“Every one of those people is fully informed of the negotiations that have been going on. We've managed to convince the major mining houses to put their hands in their pockets and to bring the expertise that exists in South Africa to the table,” Smart said.

AmaranthCX director Paul Miller called for confidence building and acknowledgment that State Capture is real and that it has affected trust in government and trust in the DMRE. He called for concrete steps to open up the DMRE to public scrutiny by making transparency, rather than the current secrecy, the default position in all the department’s dealings and advocated that South Africa becomes an implementing country of the Extractive Industries Transparency Initiative, alongside countries like the UK, Norway, Germany, Zambia and Mozambique.

"Publish a weekly dashboard on the department website, showing the exact status of the 5 326 application backlog and progress in clearing it per province and per application type," Miller said.

His view is that the biggest obstacle to the growth and transformation of South Africa’s mining and exploration industry is the department itself.