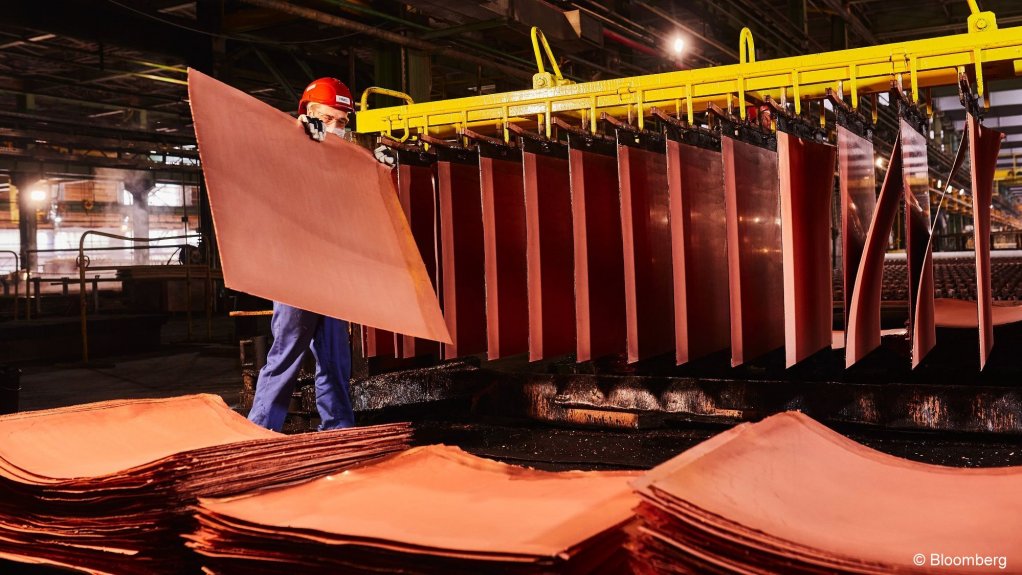 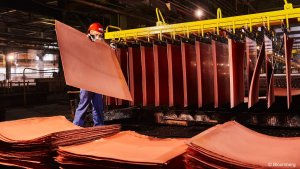 Prices plunged as much as 4.3% in London, crashing through their 50-day moving average to trade at a seven-week low. Copper hit an all-time high last month, but pressure on the bellwether metal is mounting as Chinese demand softens and investors grow more confident that the strong inflationary forces seen across leading economies will prove transitory.

The possibility that the US Federal Reserve will soon start to slow the pace of emergency asset purchases is also bolstering the outlook for the dollar, shaking a pillar of support for copper and other commodities that have been boosted by the currency’s weakness over the past year. While supply issues and a demand uplift arising from the green-energy transition sustain the long-term outlook for copper, an investor exodus appears to be accelerating as shorter-term fundamental, macroeconomic and technical pressures build.

“We’re at a point where a lot of the cyclical tailwinds, if they haven’t blown themselves out, are past their peak,” Colin Hamilton, MD for commodities research at BMO Capital Markets, said by phone. “That fear that things are just going to go higher and higher and higher -- that’s come out of the market now.”

Copper has been one of the standout performers in a year-long rally seen across commodities markets as a surge in demand coincided with bottlenecks that have wreaked havoc on global supply chains. The key questions for investors across asset classes is whether the rally would prove transitory, and whether the inflationary impact on consumers would prove short-lived.

Fed policy makers are confident it will, and investors are coming around to that view, amid signs that the surge in demand for housing and commodity-intensive goods is starting to peak.

In the physical copper market, multiple signs of weakness in China are also sparking alarm, with import premiums paid by buyers tanking. Inventories in London Metal Exchange warehouses in Asia reached the highest level in a year. A trader specialising in LME inventories said some of the incoming metal was produced in China, suggesting suppliers are struggling to find buyers in the domestic market.

“If Chinese traders are willing to put that material overseas, it suggests they’re not expecting a domestic bid any time soon,” BMO’s Hamilton said.

But it’s not all doom and gloom. Part of the rationale for the rally in prices is the long-term demand boost that’s likely to arise during the global energy transition, given copper’s central role in everything from car-chargers to wind turbines. That looks set to leave other major industrial nations playing a larger role in shaping copper demand, providing buffer against bouts of weakness in the Chinese market.

Higher copper prices are the only way to spur output of the metal for electric vehicles, Trafigura Group CEO Jeremy Weir said Tuesday at the FT Commodities Summit.

“If you want to electrify, we are going to need more copper,” Weir said. “And higher prices are the only solution.”

Even before the anticipated surge in infrastructure spending arrives in the US and Europe, both regions are experiencing a jump in manufacturing output, helping to offset the weakness seen in the Chinese market.