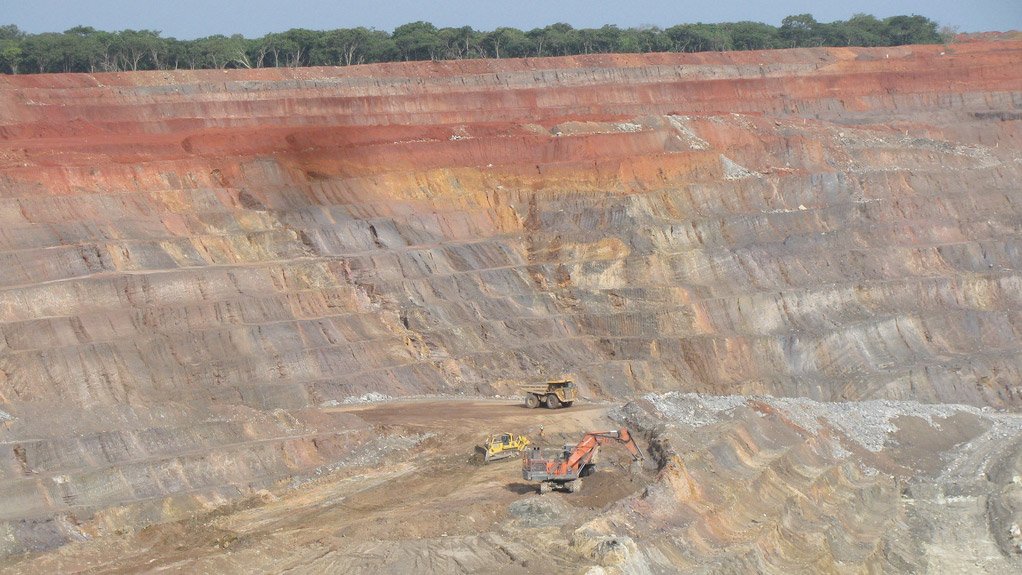 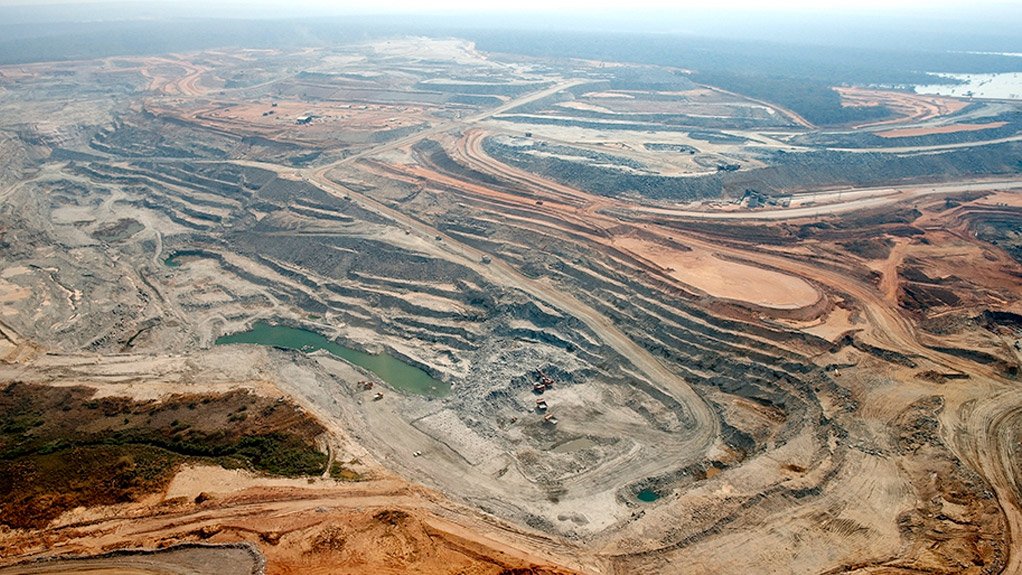 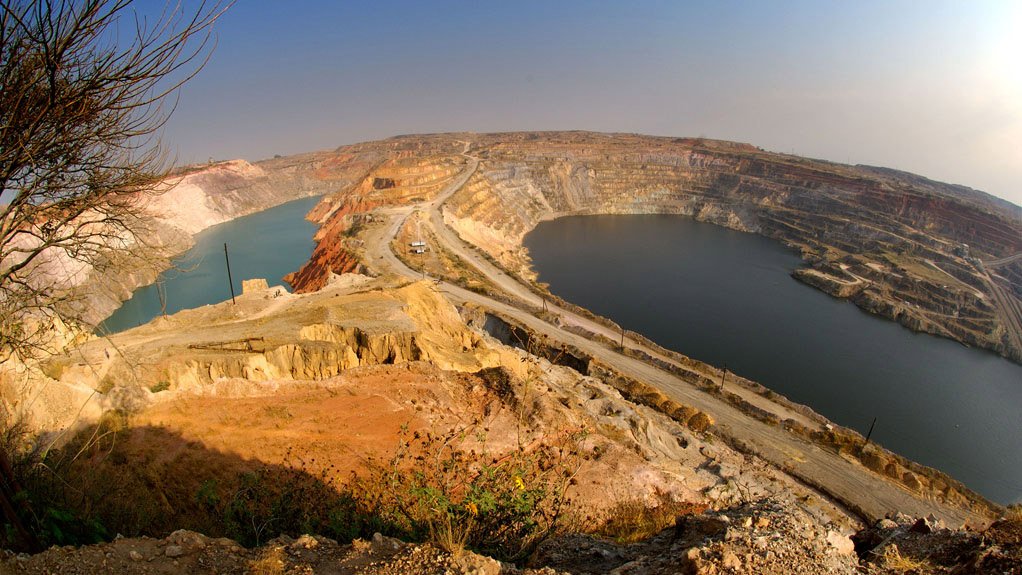 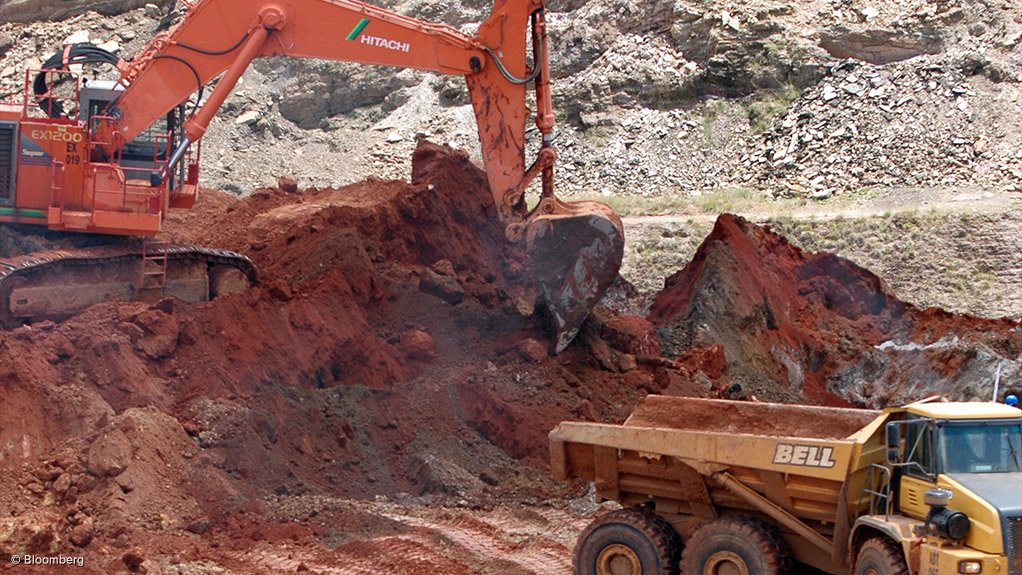 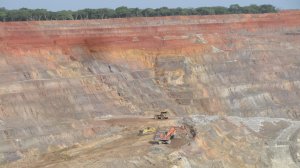 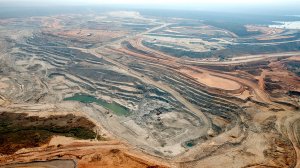 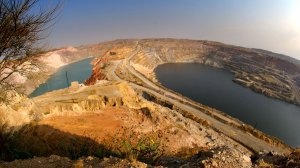 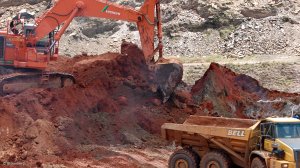 Several large diversified miners dominate copper production in Zambia and account for a significant amount of copper production in the Copperbelt, which includes the Copperbelt province and the towns of Ndola, Kitwe, Chingola, Luanshya and Mufulira in particular, as well as the Democratic Republic of Congo’s (DRC’s) Haut-Katanga province, which include Lubumbashi, Kolwezi and Likasi.

NYSE- and TSX-listed Barrick Gold reported “a solid operating performance” across its portfolio, announcing a preliminary first-quarter production of 1.37-million ounces of gold and 106-million pounds of copper.

This was in line with the miner’s operating plans and guidance, the company noted in its results statement published last month.

Lumwana is a conventional openpit (truck and shovel) operation. It is located about 100 km west of Solwezi in Zambia’s Copperbelt — one of the most prospective copper regions in the world. Lumwana ore, which is predominantly sulfide, is treated through a conventional sulfide flotation plant, producing copper concentrate, according to Barrick’s website.

The miner is targeting copper output of between 375-million and 430-million pounds in 2019, the company stated in a statement released on February 13, 2019.

The Sentinel copper mine delivered another strong quarter with copper production of 57 716 t, a 15% year-on-year increase, a record for the quarter, the miner noted in the results statement last month.

The Sentinel copper operation is wholly owned by subsidiary Kalumbila Minerals. The mine is situated about 150 km west of the town of Solwezi, in North Western province of Zambia.

Kansanshi production, meanwhile, was impacted on by the planned processing of lower grade oxide ore and lower throughput.

The Kansanshi mine, the largest copper mine in Africa, is owned and operated by Kansanshi Mining which is 80% owned by a FQM subsidiary. The remaining 20% is owned by a subsidiary of ZCCM-IH. The mine is located about 10 km north of the town of Solwezi and 180 km to the north-west of the Copperbelt town of Chingola.

The mine has undergone several expansions since it began operating in 2005. From an initial production capacity of 110 000 t of copper, Kansanshi is now capable of producing 340 000 t of copper and more than 120 000 oz/y of gold, according to FQM’s website.

Glencore reported its first quarter 2019 production results, noting that own sourced cobalt production of 10 900 t was 3 900 t (56%) higher than the first quarter of 2018, noting that this includes 3 500 t from Katanga Mining, which is managing through a period of generally excess uranium content in its cobalt material, thereby constraining exports. Katanga made no cobalt sales in quarter one of 2019.

From April, the export and sale of a limited quantity of cobalt, complying with appropriate regulations, was allowed to resume. Such resumption of exports remains subject to the relevant DRC export procedures, which include continued monitoring by the relevant authorities.

Katanga Mining reported that it increased its copper cathode production to 57 175 t in the first quarter of this year, compared with the 49 770 t produced in the fourth quarter of 2018.

The company’s 75%-owned DRC subsidiary Kamoto Copper Company (KCC) temporarily suspended the export and sale of cobalt in the fourth quarter of last year, owing to the presence of uranium detected in the cobalt hydroxide at levels exceeding the acceptable limit allowed for export.

On April 25, KCC resumed the export and sale of a limited quantity that complied with both international and local DRC transport regulations with respect to uranium levels.

Glencore is one of the world’s largest producers and marketers of copper.

Glencore mines and processes copper ore in the key mining regions of Africa, Australia and South America, sources and recycles copper scrap in North America and Asia, as well as smelts and refines copper at smelters and refineries around the world.

Meanwhile, mined metal production in the second half of the financial year was 42 000 t which is down 8% year-on-year and 13% sequentially.

Vedanta subsidiary Konkola Copper Mines is a copper mining and smelting company in Zambia. Production at Konkola was 14 000 t in the second half of the 2019 financial year which is 30% lower year-on-year and 12% lower sequentially.

This was as a result of poor performance from one of the business partners at Shaft 3 area, the shaft’s structural maintenance aimed at improving hoisting capacities and reliability, and lower equipment availability than planned resulting in lagging developments.

Vedanta noted that a new business partner with better mining expertise has already been identified and productive engagement with the partner is ongoing with a targeted resource mobilisation by the first quarter of the 2020 financial year.

Meanwhile, production from the Nchanga mine in second the half of the 2019 financial year was 5 100 t, 14% lower year-on-year and 32% sequentially. The Nchanga mines are situated in the Zambian Copperbelt, in the vicinity of Chingola.

The company reported that this was as a result of heavy monsoons impacting on feeds from openpits and the temporary suspension of Nchanga underground operations from the fourth quarter of the 2019 financial year, owing to low availability of acid as a result of rationalised operations at the Nchanga smelter following the introduction of a 5% customs duty on copper concentrates in the fiscal Budget 2019.

The tailings plant recorded a production of 23 200 t in the second half of the 2019 financial year, which is an improvement of 16% year-on-year.

This is due to improved feed grades and higher copper recoveries as a result of consistent pump and plant availability and stable process controls. It was, however, 9% lower sequentially, owing to temporary suspension of Nchanga underground operations from quarter four of the 2019 financial year, the company stated in the report.