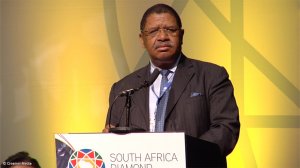 JOHANNESBURG (miningweekly.com) – South Africa should not forego the collaborative diamond beneficiation opportunities that lie within the Southern African Development Community (SADC) region but rather consider how it might be able to leverage off cross-border diamond beneficiation partnerships.

“We need to consider the benefits that we can derive as a region and individual countries if we collaborate to establish SADC as a diamond beneficiation hub,” De Beers Consolidated Mines executive chairperson Barend Petersen has told South Africa’s first Diamond Indaba.

To effect change and transformation in an industry in decline was difficult and consideration needed to be given to how appropriate levels of funding for local diamond beneficiation could be attracted.

India’s success in diamond beneficiation was the result of initially focusing on poorer quality smaller diamonds and investing heavily in technology and human capacity before venturing into larger size ranges.

As a result, India was now beneficiating rough diamonds that were once the preserve of South African diamond cutters and polishers.

“I am of the firm view that we also need to discuss the role of government in positioning South Africa as the heartbeat of diamond beneficiation,” Petersen said at the Diamond Indaba, attended by Creamer Media’s Mining Weekly Online.

Noted as positive was the proposed establishment by the South African government of an industrial development zone (IDZ) adjacent to the OR Tambo International Airport, which was expected to offer reduced corporate tax, and possible exemptions from value-added tax and import tax on equipment brought in by tenants operating within the IDZ.

Such a step would end government’s current stance of only playing a regulatory role and allow it also to fulfil its mandate of establishing an environment conducive to local beneficiation.