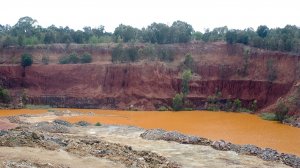 JOHANNESBURG (miningweekly.com) – A recent Constitutional Court (ConCourt) ruling has left the responsibility for acid mine drainage (AMD) squarely on the shoulders of the owners of the land – even after it had been sold.

This emerged as the ConCourt dismissed an application by Harmony Gold for leave to appeal against the Supreme Court of Appeal’s judgement that the gold producer remained liable for the cost of pumping and treating AMD despite no longer owning or mining the land.

The decision would have “significant” implications for an already-strained mining industry, said Cliffe Dekker Hofmeyr director and environmental practice national head Terry Winstanley, noting that the directive applied despite a new entity now mining the land without contributing to the costs of pumping and treating.

“The net effect of this is that mining companies, which are the recipients of directives may, depending on their terms, remain liable for the costs of remediation including the pumping and treatment of groundwater even if they are no longer mining there,” she explained.