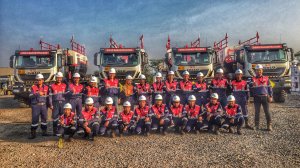 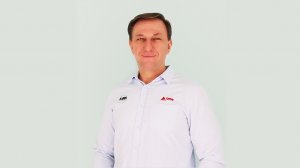 Explosives and blasting services provider BME Indonesia are providing the Indonesian mining industry with packages that can be customised based on the industries’ and customers’ requirements.

This is beneficial to Indonesia in operational sense in that it entails safe and efficient blasting, through low-cost products with high-quality outcomes and advanced technology to support growth.

BME Indonesia is operating in the quarry and surface coal mining sectors.

Before 2019, BME Indonesia sales were primarily commercial explosives trading including the sales of ammonium nitrate, packaged explosives and boosters as well as electric and non-electric detonators.

In 2019, the company was awarded a contract for provision of blasting services and electronic detonator supply at a major coal mine, in the province of South Kalimantan.

A few big mines and the contractors they employ are using Big Data analytics to obtain meaningful insight from the data they are recording. The insights obtained from this exercise help the mines to operate effectively and efficiently.

To help these initiatives, BME Indonesia has introduced the XPLOLOG cloud data platform, and will also introduce a portfolio of digital innovations, BLAST ALLIANCE, during the third quarter of 2021.

“Currently BME supplies single-salt emulsions to its customer in Kalimantan which is delivering excellent blasting results. This is currently being complemented with a program to introduce used oil for improved environmental outcomes. BME is also well-known globally for its dual salt technology which delivers enhanced stability and product performance. This is also in the future plans of BME for Indonesia. ” says Bulow.

The company aims to grow also into the surface metals and underground mining sectors. Its investment strategy is in place to support this goal with innovation and advanced technology.

In the long-term, BME Indonesia expects to sustain the business and contribute meaningfully to Indonesia, particularly local communities, through knowledge and technology, with local resources for community development, says Bulow.

Indonesia has an attractive mining sector market and advantages that encouraged BME to invest.

The country is listed as one of the ten largest economies in the world and rated as an investment-grade country with a stable outlook by American credit rating agency Fitch Rating.

Moreover, Indonesia has many mineral resources, and is considered one of the largest coal producers in the world, with its mining industry is still growing.

Many international explosives companies have invested in Indonesia and continue to have success.

While the country’s coal industry was disrupted by the Covid-19 pandemic, it started increasing again in the fourth quarter of 2020.

“Coal is the fastest-growing fuel source in South-East Asia, particularly in Vietnam, one of the destinations for Indonesian coal exports. This region continues to rely on coal as an important part of the energy mix,” notes Bulow

Indonesia plans to achieve a 35 GW power generation target which is a key driver of domestic coal consumption. Government aims for coal to supply about 30% of the country’s energy mix by 2025, up from 24% in 2011, based on data from the Ministry of Energy and Mineral Resources.

Further, nickel is one of the fastest-growing mineral commodities in Indonesia, which is estimated to have the largest nickel reserve globally, containing about 23.7% of the total global reserve.

“Several investors have looked at Indonesia and have stated their commitment to build a smelter that specifically processes nickel into raw material for batteries.

“There are also many special industrial estates dedicated for nickel processing. Nickel ore has been banned for export by the government since January 2020,” Bulow explains.

He concludes that the country is well positioned for growth and that BME Indonesia intends to sustain and grow its footprint in the country.