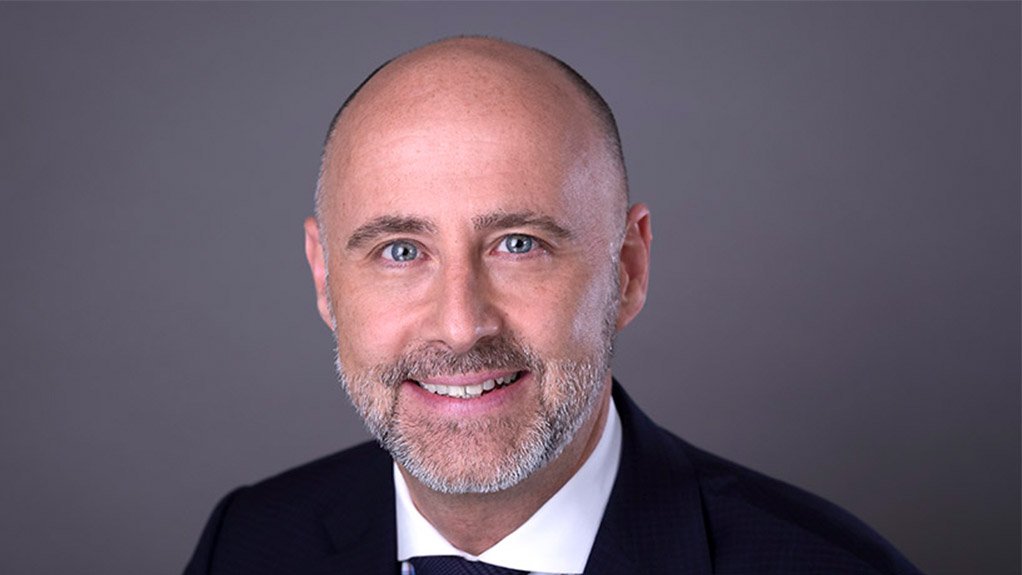 MOUNTAINOUS MINING Guyana issued a mining licence for the Marudi gold project in 2009 and Guyana Goldstrike has been working with the community to establish a mining operation
PETER BERDUSCO Guyana Goldstrike has a corporate structure that ensures social responsibility, which takes the needs of Guyana’s local population into consideration

Gold exploration and development company Guyana Goldstrike is implementing its Phase 1 exploration programme with trenching, mapping and sampling at the west extension of the Marudi North zone on its Marudi gold project, located in the Marudi Mountain property, in the Republic of Guyana, South America, says Guyana Goldstrike president, CEO and director Peter Berdusco.

This is the company’s second area of geological interest out of nine targeted areas identified, he notes, adding that it expects to complete trenching exploration of all the targeted areas by October this year.

Following the trenching, mapping and sampling of the areas of interest, an airborne geophysical survey of the entire property will be done. This will provide the company with necessary data to select priority drill targets for an upcoming drilling programme, he states. Guyana Goldstrike’s exploration strategy is to upgrade and expand the project’s two known mineralised zones – the Mazoa Hill and Marudi North zones – and to continue to explore for new areas of mineralisation.

The latest development is the discovery of quartzite-metachert – host rock for gold mineralisation – in the first three excavator trenches at the west extension of the Marudi North zone. The geological team has expanded the trenching programme in this area to continue tracing the host rock and associated gold mineralisation.

Gold mineralisation at Marudi is regarded as being related to iron-formation-hosted gold deposits that occur in other greenstone belts around the world and these deposits can be remarkably long-lived, with sizeable gold production, he adds.

Guyana issued a mining licence for the project in 2009 and Guyana Goldstrike has been working with the community to establish a mining operation. The Marudi Mountain mining licence, which covers the Marudi gold project, is about 13 500 ha in size.

He notes that the project is unique, as it has an 18-year mining licence in good standing, and there is infrastructure in place, such as all-season road access and an airport service at Lethem, a town about 200 km north-west from the property. The infrastructure also includes a mining camp.

Previous operators have completed 42 000 m of historical diamond drilling on the project.

The objectives of the first phase of the company’s multi- phase exploration programme are to expand the exposure of mineralised hard-rock at newly discovered locations and to expand zones that were identified in trenches by previous operators. Assay results are expected throughout this month and next month.

Social Responsibility Berdusco comments that Guyana Goldstrike has a corporate structure that ensures social responsibility, which takes the needs of Guyana’s local population into consideration.

The company’s established camp staff of 12 employees assist with the day-to-day operation and maintenance of the camp and with the additional labour needs of the exploration programmes at the Marudi gold project.

Moreover, with the help of the Guyanese government, Guyana Goldstrike has been implementing certain strategies, such as sport sponsorships and safe environmental mining practices, to ensure community support and provide training related to mining trades and mining equipment operation that will assist the local population with future jobs and income.