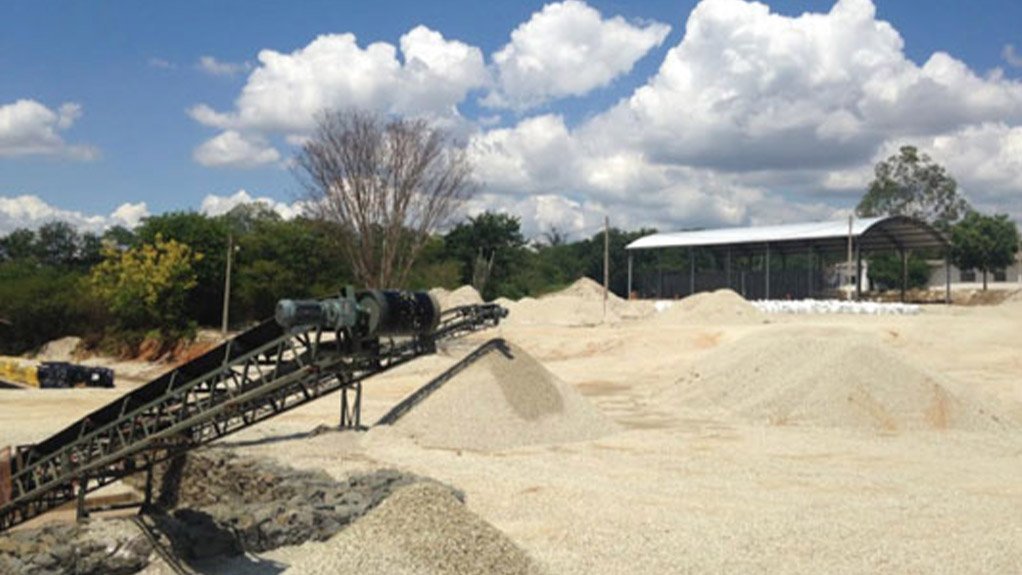 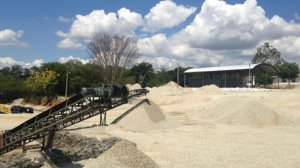 CLEAN PROCESSING The plant will use dry stacking technology to manage tailings, recycle about 90% of its water use, and will use energy from a hydroelectric plant

Brazil-based lithium miner Sigma Lithium Resources has acquired the necessary environmental licences for the construction (LP) and installation (LI) of its lithium commercial production plant from Minas Gerais environmental authority the Council of Environmental Policy (Copam) in Brazil. Copam has issued Sigma’s dual LP and LI certificate for a period of six years.

Based on the design being considered under the ongoing feasibility study, the plant will have the capacity to process 1.5-million tonnes a year of spodumene ore from Sigma’s Grota do Cirilo property.

Sigma is developing a leading lithium hard rock deposit with “exceptional” mineralogy at Grota do Cirilo.

The plant design is projected to produce 220 000 t/y of high-quality battery-grade 6% lithium oxide concentrate, with one of the lowest levels of impurities in the world. The company is in the final stages of the definitive feasibility study (DFS) for the Xuxa deposit.

At a later stage, Sigma has the option to double the plant capacity to process three-million tonnes of spodumene ore a year, producing an expected 440 000 t/y of high-quality battery-grade 6% lithium oxide concentrate, subject to completion of all related studies and assessments.

“We are honoured by the trust that the Minas Gerais state government has put into our green mining and clean lithium beneficiation project. It represents a major milestone for Sigma’s project in Brazil. It is one of the first dual LP/LI environmental licences to be awarded in Minas Gerais. The simultaneous awarding of both the construction and installation licences for the plant are fundamental steps to expedite Sigma’s timetable to production in 2020,” says Sigma CEO Calvyn Gardner.

“We are very fortunate to be based in the business and mining-friendly state of Minas Gerais where Sigma underwent a very rigorous environmental licensing process by the Regional Superintendence of the Environment Supram.”

During this assessment, Sigma demonstrated its commitment to sustainable mining by directing resources towards applying the most environmentally advanced mining and processing techniques in its operations.

The plant will use dry stacking technology to manage tailings and recycle more than 90% of the water used in the processing and beneficiation of the battery-grade lithium concentrate. Sigma, therefore, will not be building a tailings dam. Additionally, the project’s energy will also be cleaner and sourced from a hydroelectric power plant, he adds.

As part of the licensing process, Supram also examined the impact of the Xuxa mine on water, air, fauna and flora, as well as Sigma’s plans to benefit the local community, generate jobs, provide health and safety programmes, attract new companies to the region and boost local business and societal development.

Following the regulatory assessment, Supram found that the project would not cause any significant adverse environmental effects and its environmental licences were approved subject to the implementation of the mitigation measures and monitoring programmes. Sigma put forth during the licensing process many of the sustainability and development programmes requested by Supram’s regulatory assessment and conditionalities.

Before awarding the licences, Supram conducted extensive studies into the project and its impact on the environment and local community. The study involved a public consultation period. Sigma received public support from the community of Itinga in the Vale do Jequitinhonha.

“We are backed by some of the largest ESG-focused institutional investors in the world and are deeply committed to these principles,” she adds.

Earlier this year, Sigma received the definitive water licence for the construction of the plant, granted by the government regulatory body the National Water Agency of Brazil.