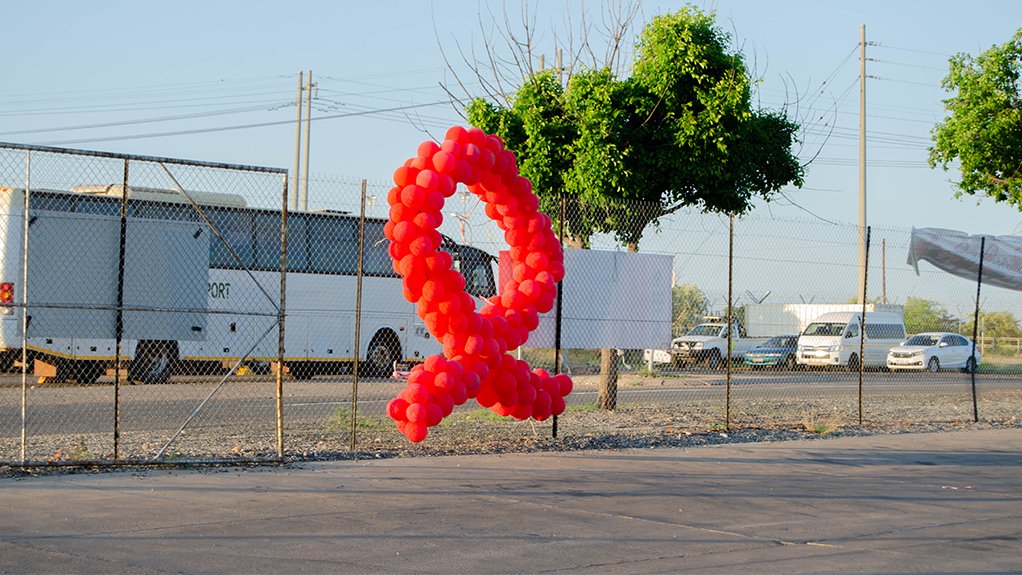 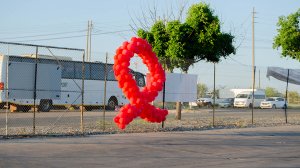 “Sustainability is at the heart of everything we do and is integrated into our corporate strategy,” remarks De Beers safety and sustainable development head Dr Urishanie Govender.

The target was met through De Beers’ having 95% of its employees know their HIV status, with 98% of those infected with the virus receiving treatment and, of those receiving antiretroviral therapy, about 91% havingachieved viral suppression.

De Beers Group senior occupational health manager Dr Tshepo Sedibe tells Mining Weekly that it has been challenging to keep up with the target, since some employees could not be tested at work, owing to Covid-19 related challenges.

To maintain effective HIV testing rates, De Beers partnered with pharmaceuticals group Dis-Chem to allow for HIV testing for employees at its branches. The company carries the cost of testing externally to encourage employees to know their HIV status.

The miner now aims to achieve a 95/95/95 target by 2025. Sedibe is confident that the company will achieve that, since employees are taking ownership of and making better decisions about their health, as a result of being empowered to know better about their health.

“The majority of our workforce is located in the Southern Africa region – specifically Botswana, Namibia and South Africa – which is burdened by HIV and tuberculosis (TB).

“We saw an opportunity to partner with government, nonprofit organisations and faith-based organisations in the regions where we operate towards eliminating these diseases. We focused not only on our workforce but also on making a holistic impact on our host communities to try to eliminate HIV and TB,” Sedibe explains.

Additionally, De Beers has not recorded any cases of mother-to-child HIV transmission for 12 years and this is still the case currently. The company has effectively helped to eliminate vertical transmission through its HIV Prevention of Mother to Child Transmission initiative.

De Beers’ operations in South Africa achieved 18 months without a TB case in permanent employees until February this year, when a single case was reported.

Part of the company’s employee and community wellness campaigns are community drives to communicate the benefits of physical activity, good dietand good sleep. Overall, the initiative seeks to empower communities to take ownership of their health.

The company has gyms at its operations for employees, and deploys local radio stations, as well as the South African Broadcasting Corporation to broadcast educational information regarding both communicable and noncommunicable diseases, particularly to eliminate stigmas and provide guidance on treatment.

Sedibe notes that the company does not assume the needs of a community, but rather engages with stakeholders to understand their particular challenges.

“A Sustainable Development Goal 3-related baseline was conducted to identify priorities in our host communities. With our Building Forever Plan and, more specifically, our Partnering for Thriving Communities pillar, De Beers will be partnering with government, social partnersand other organisations to help our host communities to achieve the targets.”

He highlights that there are common societal challenges in every community that the company encounters, including communicable and noncommunicable diseases, substance abuse and gender-based violence. De Beers endeavours to make an impact on its employees so that they, in turn, can be agents of change to alleviate these issues in their communities.

Working Towards Beyond Zero

The workplace has a potential to expose employees to multiple health hazards that can affect their health and wellbeing.

As part of its digitisation transformation journey in becoming a data-driven company to make better-informed decisions and respond more proactively, De Beers has implemented an occupational health intelligence suite at most of its operations.

The technology suite includes sensors that are placed in strategic positions in the workplace. These sensors monitor the exposure profile every second, warning the operator when exposures reach threshold limits and advising employees on evacuation until the exposure to a particular hazard is reduced.

Such occupational health risks include noise and airborne pollutants, amongst others.

The company also has a policy of “buy and maintain quietly, and clean” and works with its supply chain colleagues, and original-equipment manufacturers to eliminate equipment that emits too much noise and/or airborne pollutants to affect a lower exposure risk in the workplace.

Sedibe says the industry has made encouraging progress for mineworkers, as well as in surrounding communities.

He explains that De Beers has moved from considering health as an isolated issue to positioning it as a sustainability issue, which has broadened the scope for opportunities and solutions.

“Having a thriving community helps to ensure a thriving company. “We want our communities to say their health and their lives overall are better because of De Beers being part of their community,” Sedibe concludes.