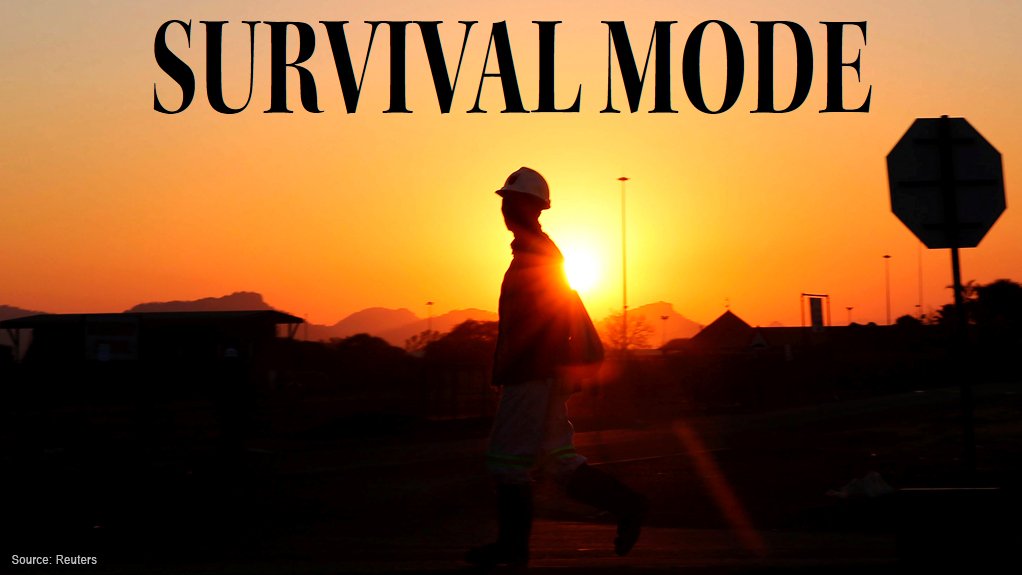 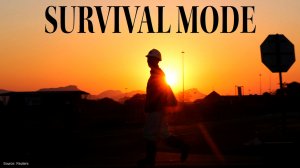 JOHANNESBURG (miningweekly.com) – It has generally been acknowledged among industry insiders that, compared with its global counterparts, Africa’s mining industry has significantly underperformed in recent years, despite market challenges and the continued commodity slump impacting on the global mining industry.

Moreover, South Africa – once considered the darling of mining in Africa and a gateway to the continent by investors – has been scapegoated as one of Africa’s primary underachievers.

It was also acknowledged by – among others – Mineral Resources Minister Mosebenzi Zwane at this year’s Investing in African Mining Indaba that, owing to a lack of reliable infrastructure and ongoing regulatory uncertainty, South Africa missed the boat on the last commodity supercycle. The cycle, which soared because of rising demand from emerging economies, especially China, in the early 2000s, is unlikely to reoccur in this lifetime, according to industry commentators.

“South Africa missed the commodities boom, which spanned from 2004 to 2011, and, thus, a unique opportunity to develop infrastructure, as well as properly stimulate the upstream and downstream mining sector,” says law firm Herbert Smith Freehills partner and Africa co-chairperson Peter Leon, who attributes the country’s failure to take advantage of the upcycle to regulatory inefficiency and inadequate infrastructure, which inhibited both mineral production and exports.

South Africa also failed to prepare for the subsequent downturn, which started to stoop in 2008 and 2009, midway between the supercycle, and continued to slump into 2013, sparked by the credit and sovereign debt crises, says EY mining and metals sector leader Wickus Botha.

This inaction, in particular, has since birthed understandable doubt about whether South Africa’s mining industry will be able to recover from the current slump to prepare for the next uptick.

Botha points out, however, that the previous supercycle was primarily driven by demand for iron-ore, coal, copper and other base metals.

With this in mind, Botha notes that the current slowdown is providing countries like South Africa with some “breathing space” and, if used wisely, it could help South Africa position itself for the next growth cycle.

“It’s exciting that several high-quality assets currently owned by the majors are now on the market; this provides opportunity for other mining companies to consider making assets part of their portfolio,” he tells Mining Weekly.

In another optimistic note about the market’s ability to bounce back, Hogan Lovells mining head Warren Beech points out that, while several mining and related companies are filing for business rescue – which is negative under normal circumstances – it is, subsequently, providing an opportunity for companies to accomplish more with the divested assets.

“I think the current climate of distressed assets and mergers and acquisitions is going to remain for the next 18 months, which is not necessarily a bad thing. Whether it’s sustainable is another question, but I think [it’s good that we’re] at least rearranging the deckchairs,” he says.

For this reason, none of the industry commentators canvassed by Mining Weekly regard the country’s lack of listed mining giants as problematic, though it has been a sore point for some industry stalwarts, like ANC secretary-general Gwede Mantashe – a former Anglo American mineworker.

Mantashe has long contended that the JSE was badly hurt by Anglo American taking its primary listing to London in 1999. Similarly, Gencor was a primary-listed company before being absorbed into diversified Australian major BHP Billiton, leaving South Africa with no domestic major to equal the likes of BHP Billiton, Vale and Rio Tinto.

Beech notes, however, that, while a primary-listed mining major would be a “nice to have”, the diversification of ownership is more important and critical.

“The past few years have taught us that diversification is key, which includes our stock exchanges. We need a range of players to keep the economy ticking and the difficulty with a giant is that it can be multilisted anywhere in the world, which has an impact on us.”

Further commenting on Anglo American’s major move last month to shed a third of its asset base, Beech describes the diversified miner’s action as pragmatic: “From a South African perspective, it’s sad to see companies like BHP Billiton and Anglo divesting, but it makes commercial and financial sense, and it is aligned with a strategy that responds to inter- national pressures on commodity cycles.”

Botha adds that most mining majors are restrategising: “The large companies are looking to refocus their efforts and concentration on a smaller portfolio of commodities, so that they can offer the ‘best-in-class’ of their chosen commodities, rather than manage a basket of diversified commodities.”

Like Beech, he does not regard South Africa’s lack of a listed primary as a significant issue because capital has become “borderless and can be sourced from anywhere”. However, the location of mining operations is relevant, rather than where the capital is being sourced from, states Botha.

“As such, the focus should be on creating an economic and investment environment that is attractive to potential investors, rather than focusing on the domiciliation of the capital or the primary listing,” he declares.

Taking the most recent supercycle into account, Bristow accused many African host governments of being shortsighted in trying to harvest as much as they could as fast as possible and, in some cases, delaying the advancement of mines.

However, mining companies were a lot more cash flush at the time and were thus able to continue operating, while the latest low-price environment has “bitten deeper and lasted longer” than expected, comments Beech.

Nevertheless, Botha maintains that the limited availability of reliable infrastructure, logistics and energy are still the biggest challenges that mining companies with operations in Africa are facing.

“For this reason, juniors and midtier miners are doing better than the majors, which rely on sufficient infrastructure, bulk transportation and efficient logistics, with the large companies having turned their focus towards the key bulk commodities in areas where the infrastructure allows for large-scale mining operations.”

Botha adds, however, that there have been continued improvements in terms of infrastructure projects across Africa, which is providing opportunities for new mining operations of a larger scale on the rest of the continent, but not necessarily in South Africa.

Leon reiterates that the optimal time to develop the downstream sector and diversify the economy would have been during the most recent boom. “It is too late now, as government and the mining industry might no longer be able to access the necessary capital and credit to invest substantially in infrastructure and downstream facilities.”

Beech also highlights that other African economies, including Nigeria, Kenya, Mozambique and Namibia, are starting to look more attractive than South Africa. “A lot of investors who have traditionally considered South Africa are considering those jurisdictions because of our ageing infrastructure and regulatory uncertainty. This is unfortunate because government has committed to building new infra- structure – and it’s putting its money where its mouth is – but it will take time.”

In terms of regulatory uncertainty, Leon says the importance of policy predictability for the mining industry and the economy “cannot be overemphasised”.

“Mining is an inherently risky and capital-intensive industry requiring investors to lay out huge sums of upfront capital, with long lead times between discovery and production. As a result, investment decisions are based not only on the geological richness of a country’s resources but also the likelihood that the fiscal, political and industrial conditions in the country will remain stable and permit a decent return on investment.”

Nevertheless, the South African government’s mining policy has remained uncertain for several years, with prolonged uncertainty looming over whether – and to what extent – companies have failed to comply with the Mining Charter – particularly regarding the 26% ownership threshold.

The Mineral and Petroleum Resources Act Amendment Bill is also still up in the air, after it was sent to the National Council of Provinces for a fresh public consultation process by the Portfolio Committee in the National Assembly in 2014.

“Over a year later, however, this has not happened, prolonging investors’ uncertainty,” says Leon, adding that former Mineral Resources Minister Ngoako Ramatlhodi also reneged on his promise to have the Amendment Bill back before the President by June 2015.

“Zwane last month promised that the Bill was being ‘prioritised’, but he did not indicate how or when it would be changed. Industry and investors have thus been left in the dark for two years about fundamental policy considerations.”

Leon further points out that the replacement of the Mineral Resources Minister “without any warning” in September – much like last year’s sudden reshuffling of the Finance Minister – has exacerbated investor uncertainty.

Botha supports the call for regulatory clarity, warning that, if volatility and uncertainty persist, projects are unlikely to move ahead and there will not be an inflow of domestic or foreign investment into South Africa.

“And without the required investment, no mining industry can withstand the headwinds of declining demand,” cautions Leon.