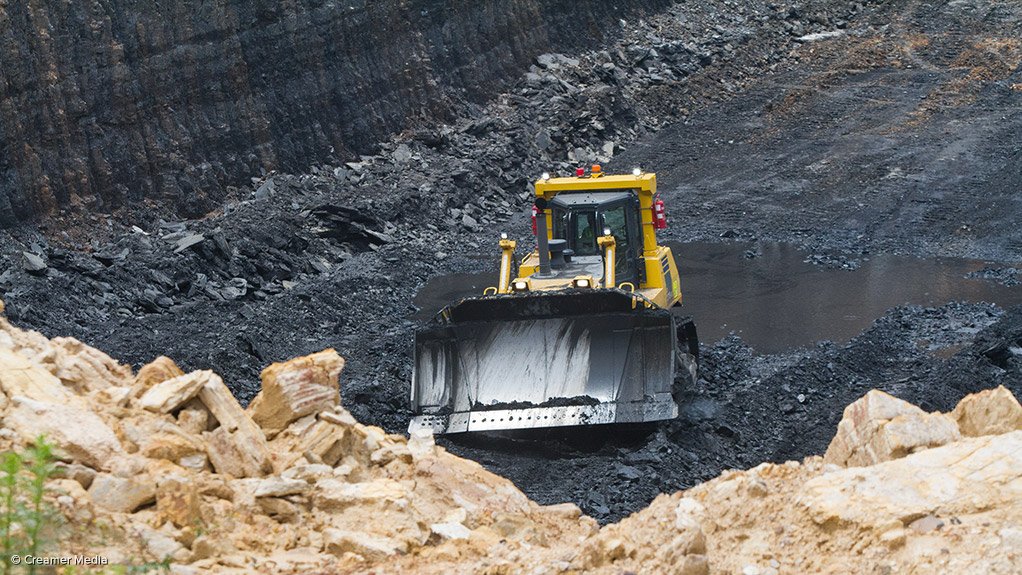 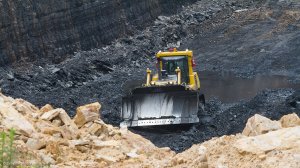 As part of the ceremony, Mantashe, Canyon MD Vuslat Bayoglu, and other stakeholders pressed detonators linked to the explosives on the mine site. Guests watched live images of the blast from a big screen where the ceremony was held under a marquee.

Mantashe also unveiled the Khanye Colliery plaque. In his keynote address, Mantashe emphasised the importance of investors speaking positively about the mining sector in South Africa. He said the mining sector had to improve productivity. “We have to produce optimally. We have resources we are not using, mines that are not being mined. We must improve productivity. That’s why I’m excited by the presentation about your plans,” Mantashe said, referring to Canyon’s investment plans.

He praised Canyon for its plans to ramp up production. Canyon director Rudzani Mudogwa – whose company, Kalyana Resources, is an empowerment partner – provided a high-level presentation about Canyon’s plans, including Khanye operations. Khanye has reserves of about 39-million tons with an estimated life span of 15 years. Canyon is also completing a processing plant on the mine.

“We are pleased that there is stability now in the mining sector. “When I discuss with people abroad, I share with them the enthusiasm about South Africa. I hope this will help with South African President Cyril Ramaphosa’s agenda on economic recovery,” Swiss based company and investment partner of Canyon Mercuria president Daniel Jaeggi said during the event.

Swiss ambassador Helene Budlinger-Artieda hailed the opening of Khanye saying it was an indication of good relations between South Africa and Switzerland. She praised the role Canyon plays in boosting small businesses by procuring goods from them. She encouraged the company to do more, saying Switzerland’s economy was dominated by small businesses. She also recognised Canyon’s participation in Better Coal – a voluntary international organisation that promotes responsible and ethical mining.

Prince George Mahlangu, who represented the traditional authority, said the mining would help alleviate poverty in the area by providing jobs. It was important for Canyon to continue engaging with the local community to ensure sustainable mining and community stability.

However, Bayoglu concludes that he was pleased with the new Mining Charter because it provided a “win-win” situation for all stakeholders.