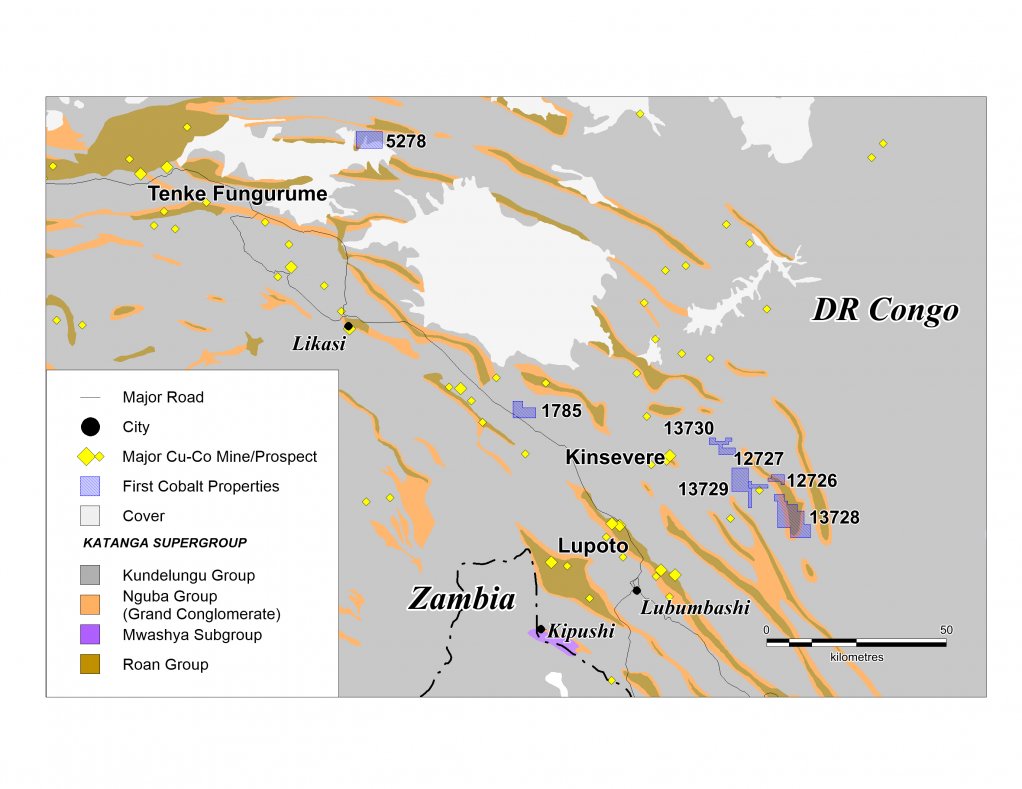 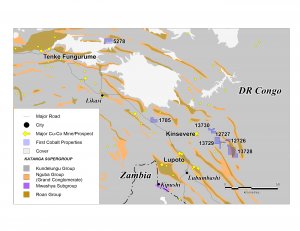 Cobalt asset group First Cobalt says its transaction with Africa-focused investment and development company Madini Minerals will allow it to firmly establish a presence in one of the richest mining camps in the world.

In May, First Cobalt announced that it is to become a 70% joint venture partner on seven prospective copper-cobalt exploration properties, which cover 190 km2 on the Central African Copperbelt, in Katanga, in the Democratic Republic of Congo (DRC).

The company has signed a letter of intent with an associate of Madini Minerals, JayBird Invest, to forge a strategic alliance and allow First Cobalt to earn a controlling interest over the seven properties.

Madini will act as First Cobalt’s operator on all seven properties, with exploration plans and budgets to be jointly prepared by Madini and First Cobalt, and approval to come from a joint exploration committee. However, First Cobalt will have final approval on the budget proposed by the committee as the sole provider of the exploration funding.

First Cobalt will pay JayBird C$600 000 in cash and issue JayBird 4.53-million shares, about 8.5% of its shares, upon closing of the transaction.

An aggregate of $1.58-million is payable to the property owners to acquire the 70% interest over all seven properties. There are no minimum annual spending requirements and the 30% partners each have a free-carry until completion of a feasibility study.

First Cobalt president and CEO Trent Mell says identifying the right mineral properties in the DRC is a key part of the company’s strategy to grow its global portfolio of cobalt properties. “The DRC accounts for over 60% of global cobalt production and we see significant exploration upside in the country.”

The Properties The properties contain known surface mineralisation and are proximal to several major copper-cobalt operations and projects in the Copperbelt region. Five of the properties form a cluster, located 50 km north-east of Lubumbashi, and are central to existing smelters and refineries.

Within the cluster of properties near Lubumbashi, small-scale mining has exposed cobalt and copper mineralisation. One of the properties has a test pit exploring for mineralisation at depth, while another is adjacent to a pilot openpit developed by State-owned mining company Gécamines.

The size and distribution of the First Cobalt properties permit a full range of Copperbelt mineralisation styles to be explored and developed. The properties cover prospective strata comparable with world-class-sized copper-cobalt mineralisation at the Tenke-Fungurume deposits, based in Katanga, which characterise the “Shaba-type” endmember.

Also nearby, the Kinsevere mine, owned by Minerals & Metals Group, contains a similar style of mineralisation. The Luputo-Kasonto deposits represent “Zambia-type” mineralisation in this region with copper-cobalt minerals as disseminations and veins as well as within hydrothermal breccias replacing sedimentary rocks, specifically shale, siltstone and conglomerate. A number of smaller copper-cobalt prospects are also known throughout the area.