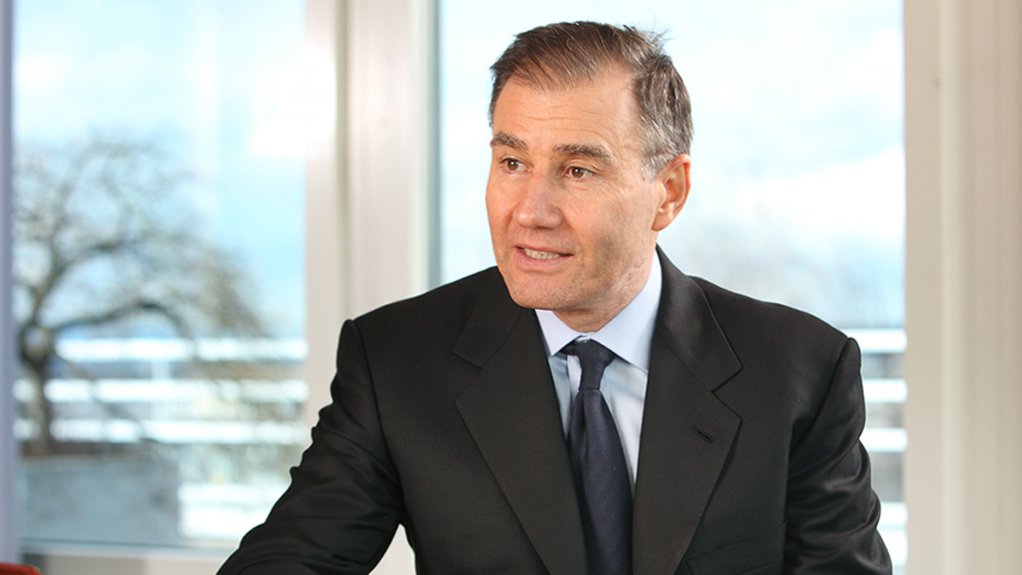 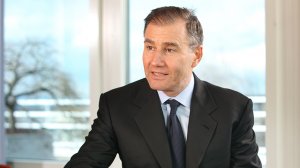 JOHANNESBURG (miningweekly.com) – Coal will continue to be assessed but should remain in Glencore right now, Glencore CEO Ivan Glasenberg said on Thursday.

For the six months to June 30, the London- and Johannesburg-listed diversified mining and marketing company reported that its energy business was down 65% at $0.7-billion on disproportionately impacted lower coal prices.

A slide displayed by the company stated that Covid-impacted coal production was 10.1-million tonnes lower year-on-year, with the coronavirus particularly impacting Colombia.

Coal price indices in the half-year were 16% to 30% lower with more than 50% of the seaborne thermal coal cost curve currently estimated to be cash negative, the slide added.

“Let’s hope the tonnage cuts that we’re doing in coal have a positive effect and the market looks better for coal, which I think is a key for the balance of this year. But the Ebitda for the year’s spot price is looking very good, around about $10.5-billion, with a $1-billion pick-up. With the recent movement on some of the commodity prices that we’ve seen in the last few days with gold, silver, zinc and copper moving, that’s advantageous for us and hopefully we’ll get more of that in the second half,” Glasenberg said.

Coal was a big factor in the energy business being down. Coal production has been reduced in both Colombia and Australia to bring stability to the market.

In response to Deutsche Bank head of metals and mining equity research Liam Fitzpatrick, Glasenberg said that the coal market had been hit this year because of Covid, which affected the demand for coal in major importing countries, such as India, which normally imports about 180-million tonnes of coal and which Glencore believed was reducing that by about 35-million tonnes. Glasenberg said China would be reducing coal imports by about 33-million tonnes.

“So, we think that demand has been cut by Covid in a 985-million-tonne seaborne market by about 133-million tonnes. However, the coal price has come down, so certain countries have cut production. We believe Indonesia could be down about 50-million tonnes. Our calculations are that the market’s lost supply of about 120-million tonnes.

“Demand has reduced more than the supply reductions therefore we’re getting excess supply. It could correct itself with the lower prices. You will have further shutdowns around the world. No doubt Indonesia, which is cash negative, will reduce some of their production.

“We’ve reacted like we always do when you have falling commodity prices and oversupply in the market. We’ve put Prodeco on to care and maintenance and we’ve cut seven-million tonnes out of Australia, and hopefully we believe with these actions by ourselves and the Indonesians the market will be back in rebalance and there will be an upward movement on the pricing.

“Naturally, in Europe, demand is decreasing and Europe has gone down considerably to about 40-million tonnes of coal. So, we think the overall scenario on the seaborne market is still okay and should bode well for the future, and in fact we look at future years and believe there will be a shortage because there is no new supply coming into the market.

“Regarding our coal business, it’s still a good business for us. It is a cash generator, not as high as it has been in the past, with the falling coal prices. However, even at these lower prices, it still generates cash for the company, with an Ebitda of $1.4-billion at current prices, so still a good Ebitda generator and a cash flow generator for the business. So we’ll continue assessing it, but coal should remain in Glencore right now,” Glasenberg said.

“Let’s hope the tonnage cuts that we’re doing in coal have a positive effect and the market looks better for coal, which I think is a key for the balance of this year. But the Ebitda for the year’s spot price is looking very good, around about $10.5-billion, with a $1-billion pick-up.

“With the recent movement on some of the commodity prices that we’ve seen in the last few days with gold, silver, zinc and copper moving, that’s advantageous for us and hopefully we’ll get more of that in the second half.

On the profitability of South African coal mines as opposed to those in Colombia and Australia, Glasenberg said that demand was starting to pick up nicely for South African coal, because a large amount was moving to India, Pakistan and Bangladesh, and continuing to grow.

Glencore head of coal in South Africa Murray Houston said in response to Mining Weekly that it was the company’s intention at this stage to mine its coal assets, which had lives running between ten and almost 20 years, to their full extent.

“We’ve got a couple of projects with extensions to those mines that come off slightly earlier, but we’ll only bring those on when we feel they fit the portfolio, the market conditions are right and they scale the investment hurdles,” said Houston.

On profitability, he said that coal prices were under pressure and the market was under pressure, but that the South African operations were still in a better cost-curve position and making money, albeit not as much they had in the past couple of years.

But, with exports into India, Pakistan and Bangladesh growing, there was light at the end of the tunnel.

“I believe that a bigger part of the market is under a lot more pressure than we are. We’ve seen the Ebitda’s of some of our competitors and they are not making as much as us but in this difficult market we still get a decent amount of Ebitda and free cash,” said Glasenberg.